JESSICA Chastain and Oscar Isaac commanded attention at the 78th Venice Film Festival on Saturday as they showed off their sizzling chemistry on the red carpet for their series Scenes From A Marriage.

The acclaimed actors playfully mirrored their on-screen characters' relationship as they put on a cosy display for the waiting cameras. 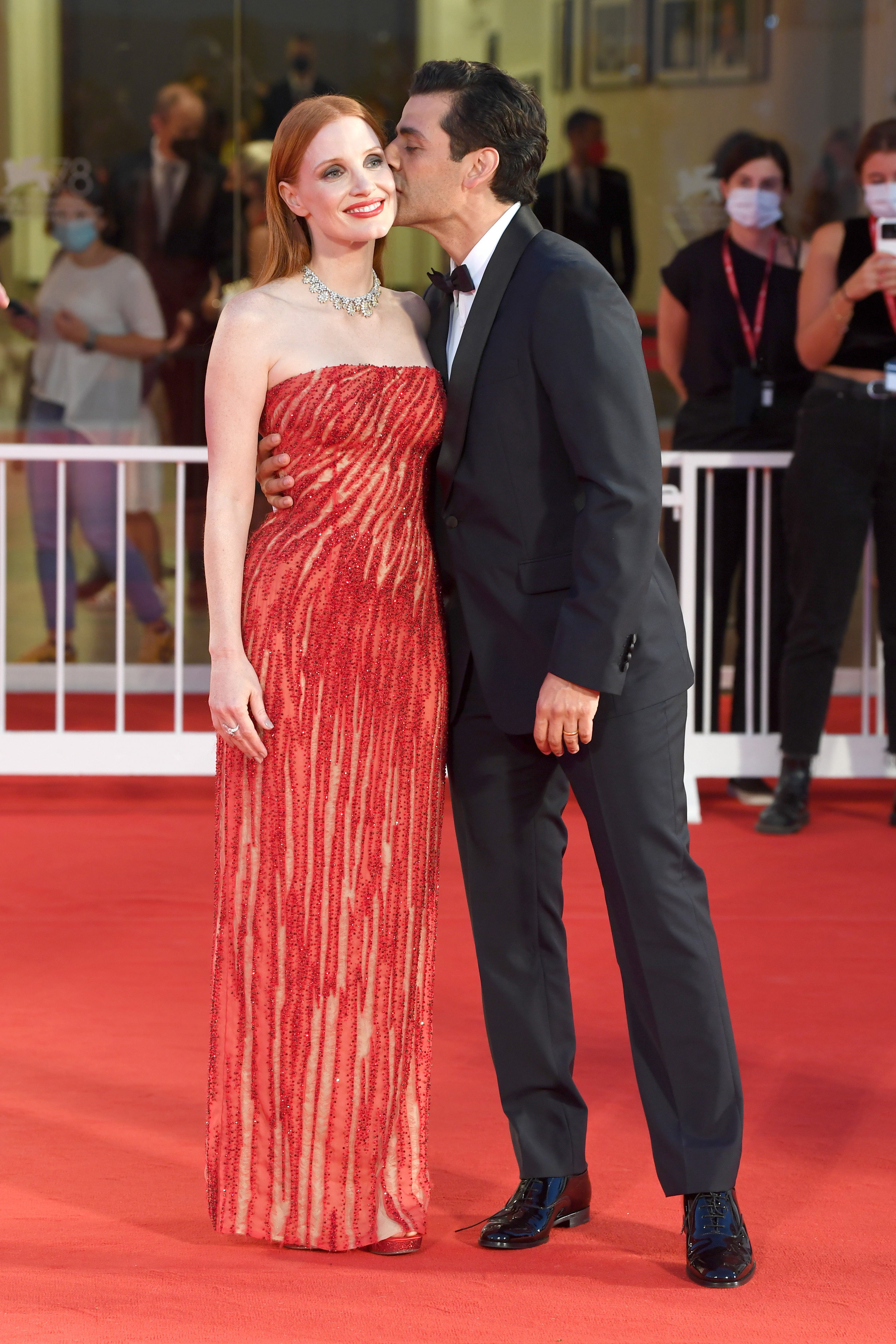 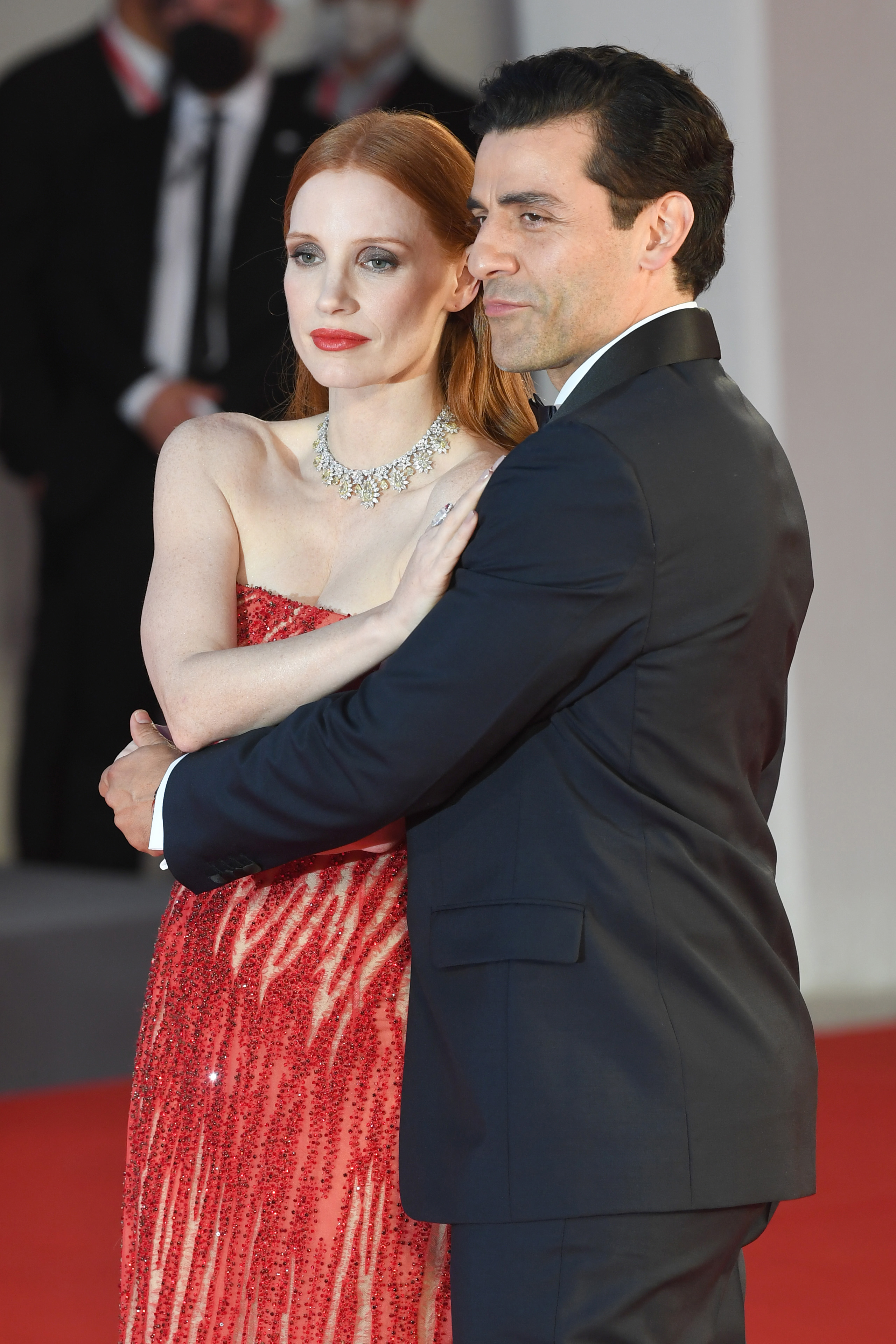 The co-stars, who have known each other since studying at Juilliard, were pictured cuddling, laughing and joked while taking pictures.

At one stage, the Mandalorian star, 42,was seen playfully kissing Jessica's arm and gazing at her in admiration as the 44-year-old struck a pose in her sensational red Zuhair Murad gown.

Jessica looked incredible for the glitzy event and complemented her semi-sheer floor-length dress with a statement diamond necklace.

The Molly's Game actress wore her flame-colored hair in a loose sleek style, and sported a glamorous beauty look while Oscar was dapper in a black tuxedo.

However fans shouldn't read too much into their playful display on the red carpet as Isaac’s wife, Elvira Lind, attended the event with him.

The pair married in February 2017, a month before they welcomed son Eugene, who is now four, and have since had a second child.

The couple have two children, three-year-old Giulietta, 3, and a second child, who was born last year.

Jessica and Isaac have been friends for over two decades after they met at the acclaimed Juilliard School in New York.

The pals have previously starred opposite each other in 2014’s A Most Violent Year – yet their next project is the most thrilling to date.

They portray Mira and Jonathan in upcoming HBO series Scenes From A Marriage, which debuts September 12, and is directed by Israeli filmmaker Hagai Levi.

The US incarnation of the Swedish series examines themes of love, marriage, monogamy and divorce through a contemporary lens.

The duo described their close bond off set as "both a blessing and a curse" in a press conference promoting the miniseries at Venice Film Festival.

Jessica told reporters: "We would joke that [the friendship] is a blessing and a curse. It’s a blessing because there’s immediate trust.

"You don’t have to be worried about offending. You can be very honest.

"The difficult thing is that at times we were reading each other’s minds. It was like, 'Get out of my head'. So, I felt on this job there was no quiet time."

Isaac added in agreement: "That’s well said. Professionally, it’s great when you know someone so well because you don’t have to worry about a lot of stuff you usually worry about.

"However, on something this intense you care about the person so much, because it’s like working with family.

"If you didn’t know someone so well, getting your own space isn’t so hard." 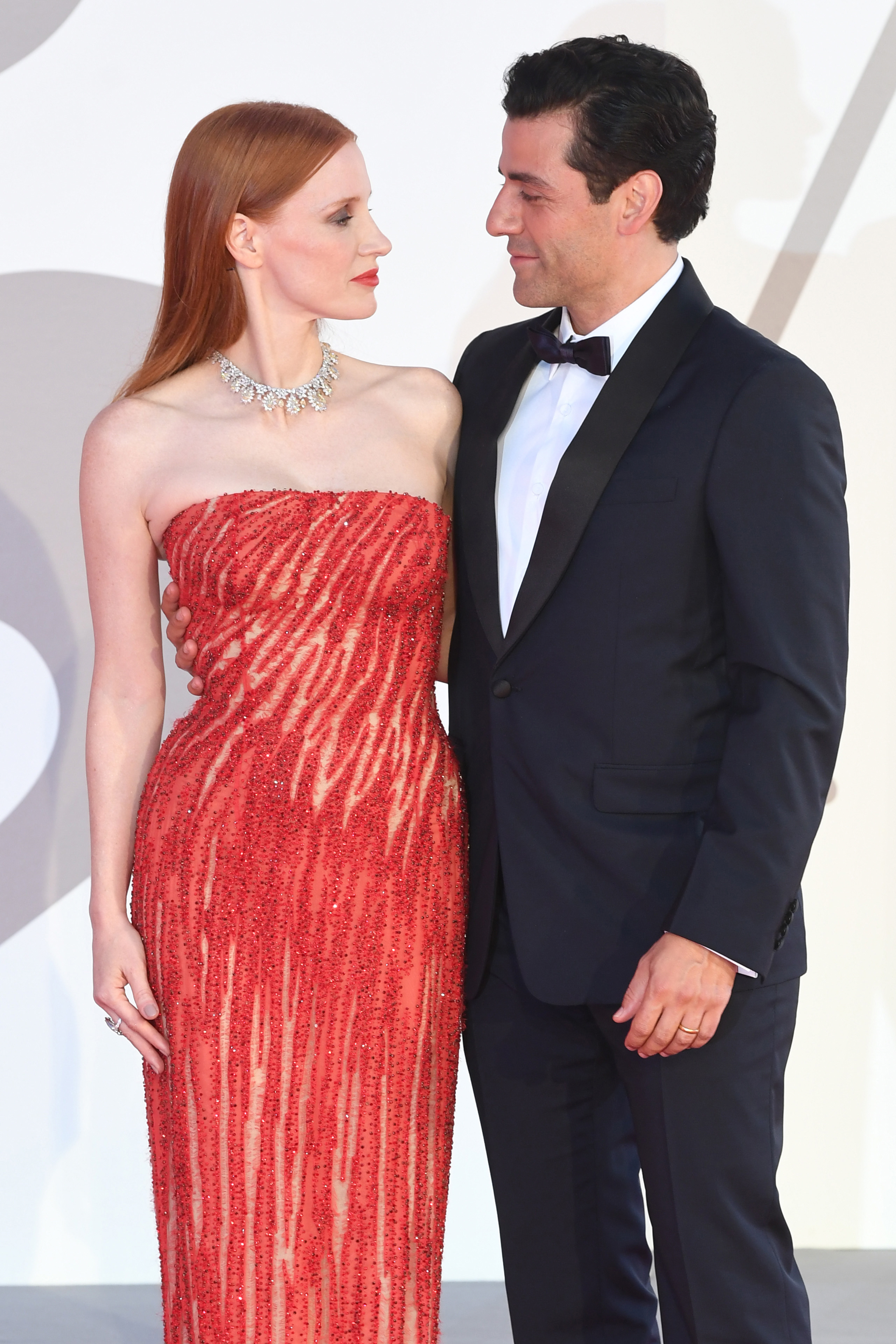 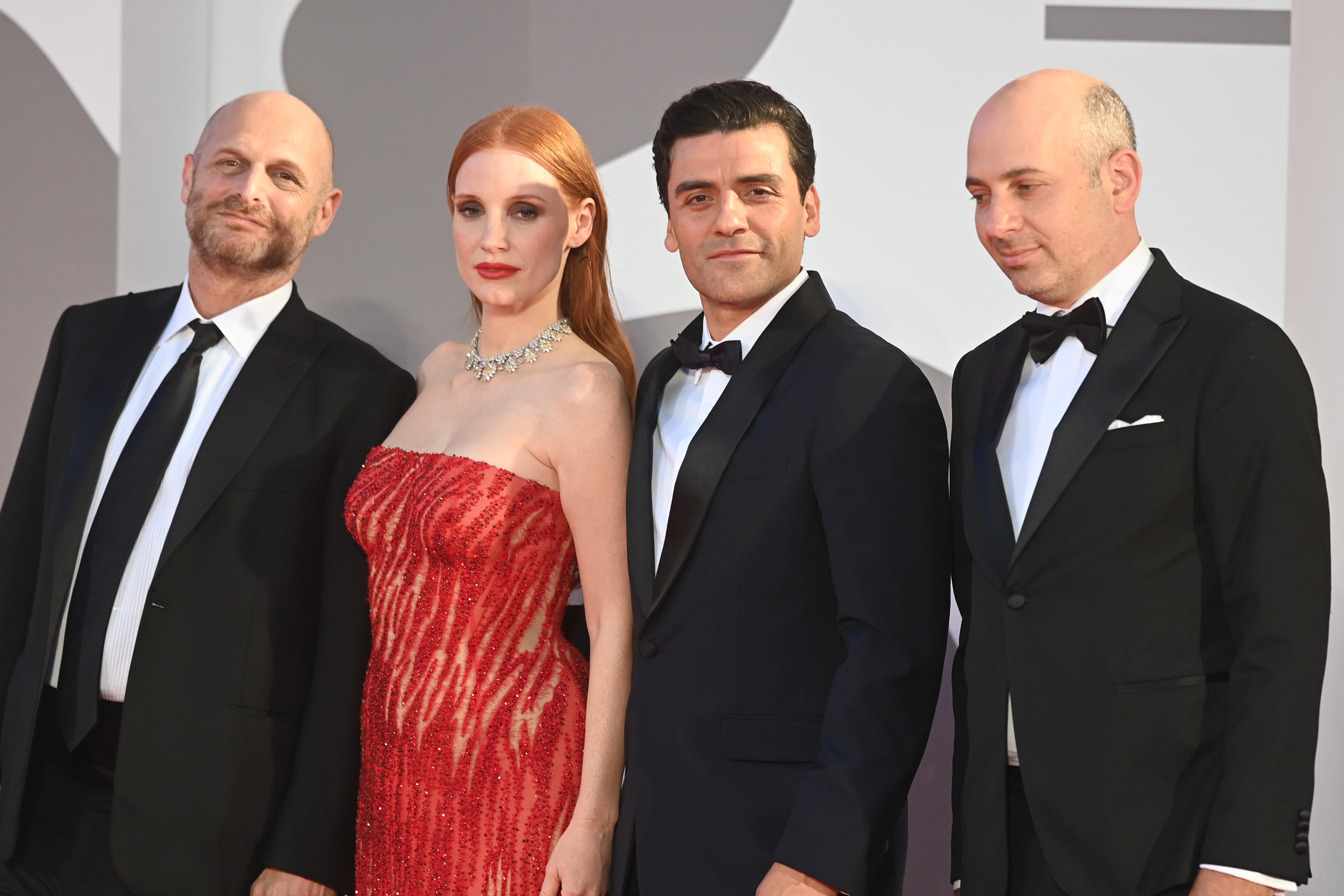