John appeared on This Morning with wife Jenny in October last year to talk about his weight loss and reassure viewers.

The chat with hosts Holly Willoughby and Phillip Schofield quickly turned to his marriage with Jenny, who had cared for him while he was ill.

“You of course, now he is spending more time at home, I suppose you have probably got the sympathy of the nation,” Phillip said to Jenny.

Giggling Jenny replied: “Well I can find things to do, I have two labradors at home so I walk them a lot and I ride and things so, there’s always something to do isn’t there?

“And you talk about social media and Twitter, although he’s been, since he hasn’t felt well, he hasn’t done very much.

“But whenever he does, I have to do it.”

“The Booby, I just want to ask you , I know you’ve said this is okay and it’s a term of affection and all that sort of stuff but I am going to explain why,” Phillip said.

“And you’ve said this,” he continued pointing to John. “The Booby is a South American bird, it’s rather pathetic and hovers around runways and gets run over a lot, it squawks a lot and it’s not very bright and it sums up my wife.”

“What do you say to that?” Phillip asked Jenny.

She replied: “Look it’s all a pantomime isn’t it? And it keeps people amused. I mean, do I look like somebody who is downtrodden? I don’t think so.” 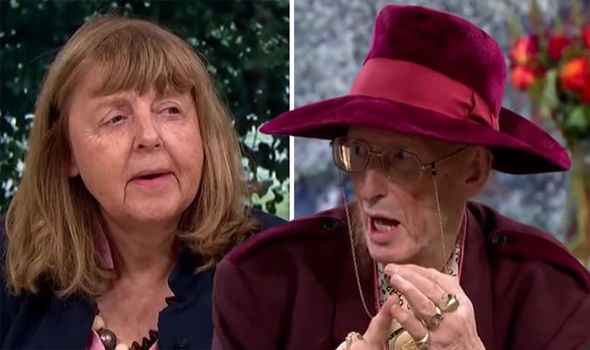 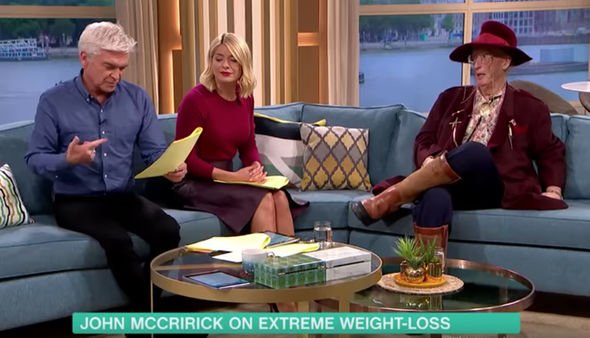 “I think you are a very lucky man, let me just say that,” Holly said turning to John.

John went on to tell the hosts: “The Booby should be the carer of the century because I’m not the easiest of patients you know.

“The Booby should be the carer of the century, she’s fantastic what she does for me.”

It was announced earlier today John had died at the age of 79 at a London hospital.

His family released a statement which read: “Award-winning journalist, broadcaster and for many years the face of British horse racing, John McCririck, passed away at a London hospital on Friday, July 5 aged 79. 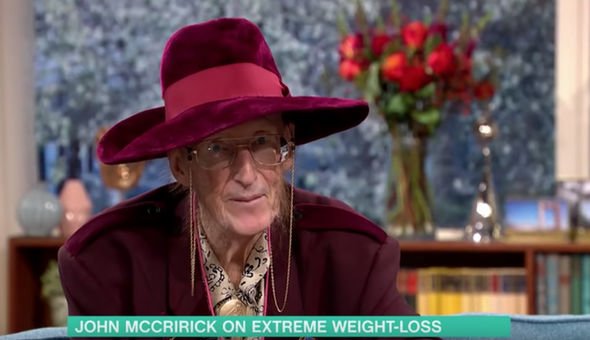 “John’s interest in horse racing and betting began at Harrow where he was the school bookie. On leaving he worked for an illegal street bookmaker then legally on-course where he learned the art of tic-tac, clerking bets and making a book.

“John cut his teeth in racing journalism on ‘Formindex’, a tipping sheet otherwise known as ‘The Golden Guide’. He went on to write for the Sporting Life where he won British Press Awards, ‘Specialist Writer of the Year’ and ‘Campaigning Journalist of the Year’.

“John joined ITV in 1981 for Shergar’s Derby then became a household name as part of the Channel 4 Racing team when they took over coverage of the sport in 1984.

“His flamboyant broadcasting style from the heart of betting ring proved extremely popular with racing fans and beyond.

“John continued to work for Channel 4 Racing until 2013, as well as satellite channel At The Races. 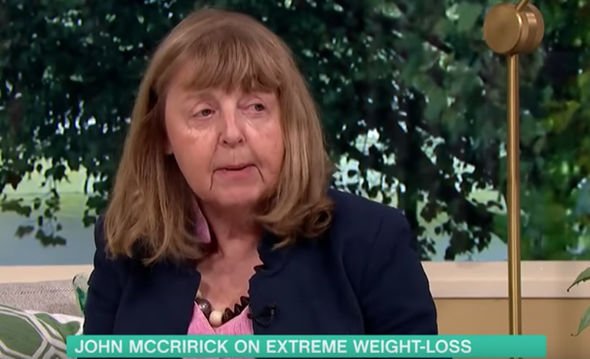 “In this time he transcended the world of racing, appearing on numerous mainstream TV news and light entertainment programmes including Question Time, The Weakest Link, Celebrity Wife Swap and Celebrity Big Brother in 2005 and 2010.

“He is survived by Jenny, his wife of 48 years. His funeral will be private.”