With John Wick 3: Parabellum on TV screens tonight, all eyes are now on what comes next for the iconic and monosyllabic action hero who is still mourning his wife Helen and trying to untangle the mess created when he went on a rampage to avenge the murder of the puppy she arranged for him when she was dying. Details have started to emerge about the next two, yes there are at least a pair to come, movies, with the first trailer dropping last month. In it Wick is asked, “Have you given any thought to where this will end? No-one not even you can kill every one…” Well, that remains to be seen, but what we know so far is already exciting enough.

The trailer is absolutely packed with action, teasers for new characters and reminders of why this particular franchise has become so iconic. While others are posing all these major questions, fittingly, the leading man has just one, laconic word to say.

Asked by Lawrence Fishburn’s Bowery King: “Are you ready, John?”, Reeves slowly turns to the camera and drawls, “Yeahhh.”

In fact, the actor has publicly stated his dedication to the cinematic universe he had created with director and friend Chad Stahelski.  Asked how far and for how long the movies will go, Reeves replied: “As far as my legs can take me. As far as the audience wants to go… He’s got this beautiful, tragic conundrum — these two selves – the John who was married, and John Wick, the assassin. John wants to be free. But the only way he knows how is through John Wick. And John Wick keeps f***ing killing people and breaking rules. We’re really watching a person fight for their life and their soul.” 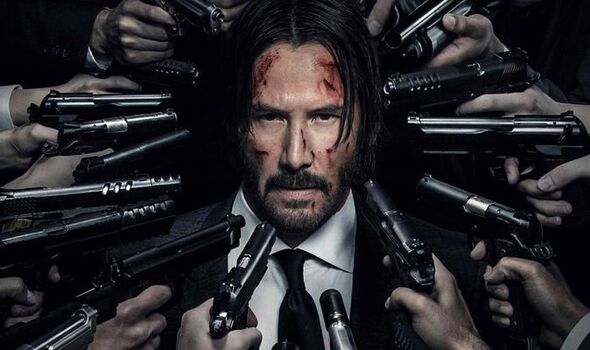 Indications are strong that this story won’t be ending any time soon. Unlike many popular series that peak and then fade, each film so far has eclipsed the one before.

2014’s original John Wick, only took a modest $76million at the worldwide box office but generated enormous buzz and word of mouth. The 2017 sequel John Wick: Chapter 2 more than doubled that total with a $171million banked.  2019’s John Wick: Chapter 3 – Parabellum smashed that figure with a final $325million take.

No wonder Lionsgate is so keen to line up at least two more films, announcing just before lockdown that they would be filed back to back, with Chapter 4 aiming for a summer 2022 release date.

Obviously the global pandemic changed everything. But we do, at last, have a release date and a rumoured title.

John Wick Chapter 4 will be released on March 24, 2023, with advance word suggesting it will be titled Hagakure, which references the warrior code of the samurai.

The first teaser trailer is full of Japanese scenes and the laconic assassin has already had some extremely memorable run-ins with Japanese warriors, particularly Zero and his acolytes in Chapter 3.

It also introduced two new characters, played by Bill Skarsgård and Donnie Yen. But what will it be about? 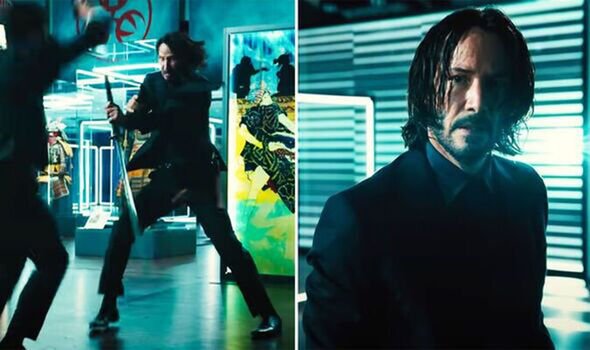 The last film ended with Wick ordered by The Elder (the only person above The High Table) to kill his ally Winston (Ian McShane), the New York Continental manager. Instead, they teamed up, before Winston strategically shot him off the building (knowing he had a chance of surviving) in order to retain his own fiefdom.

Heavily wounded, Wick was pulled off the street and taken to the Bowery King, himself terribly mutilated by the forces of The High Table.

The pair vowed to take their revenge and bring the entire system down and Reeves has a very clear idea how he wants it all to end. 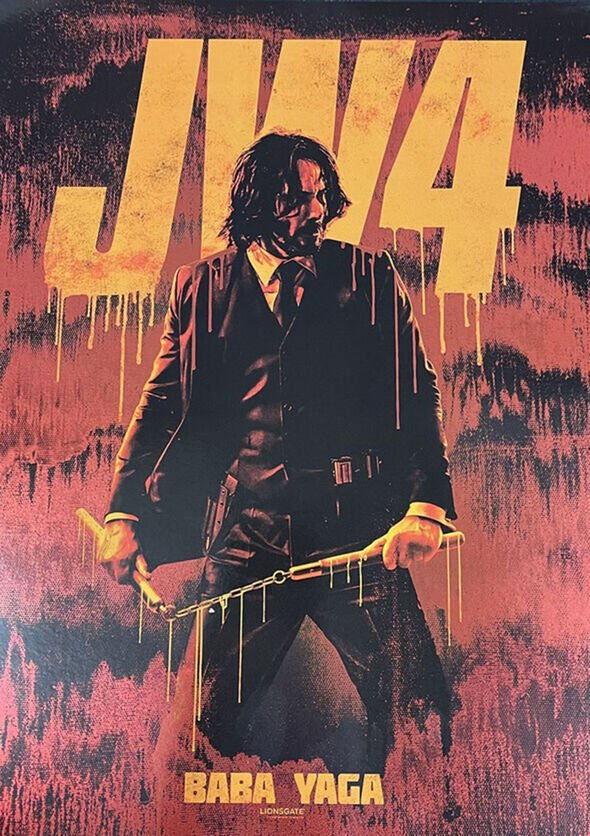 The actor said: “What would I prefer? I want John to be happy. So, let’s have him walk out into the sunset because he’s fighting for his life. So if there’s a battle to be won, it’s his life. So that he can remember the love, and for Helen… he should walk off into the sunset.”

However, it seems nothing is plotted out that far yet, with Stahelski recent admitting to ComicBook.com that they had not filmed two back to back after all: “It seems in the other franchises that have tried it, they just feel like the same thing done again, right? Like there’s no new influence. Sometimes you need that creative breath to come up with fresh sh**. Otherwise, I’m stressed out about making two movies instead of one really good one. I’m just not that bright. I’m not that clever. I’m not that good as a director to project my vision years into the future and do two great movies.

“I think that’s kind of a rip-off to the fans too,” he continued. “Like you’re not getting me at my best. You get me when it’s 200 days in a production, we’re all hammered. The choreographers are putting out the same moves. You’re bored.”