Everyone’s missing the Kardashians on their TV screens right about now. The good news is, the wait should be over soon. The famous family is coming back with a new show on Hulu, after ending the widely popular E! series Keeping Up With the Kardashians earlier this year. Kris Jenner spoke about the Kardashian Hulu show at the 2021 People’s Choice Awards, teasing lots of fun things ahead for their fans.

As Elite Daily notes, the moment came after KUWTK was announced as the winner of Best Reality Show of 2021. Kim Kardashian West took the stage with Kris and Khloé Kardashian to reflect on the show and express gratitude for the support from fans.

“This is a bittersweet moment for us because you guys have voted for us on our last season of Keeping up with the Kardashians,” she said. “It’s been an incredible 14-year ride, and all of the memories we have can never be replaced. We started the show with an idea of bringing our crazy family into your homes, and we could not have imagined that it would have lasted this long.”

“We’ve closed this one chapter but a new one is coming,” Jenner chimed in saying. “We can’t wait for you to see what we have in store for you coming in 2022 on Hulu, so get ready.”

The Kardashian Hulu show is the ‘next chapter’ for the family

Reports of the Kardashian Hulu deal surfaced shortly after the news that KUWTK was ending. Under the deal, the family will “create new global content under a multi-year deal, to stream exclusively on Hulu in the U.S. and in multiple territories on Star internationally,” according to a statement shared on the Hulu Twitter page.

It did not say what the show would be about, but Ryan Seacrest, who co-created and executive produced KUWTK, told People he believed it would see the family trying out things “they may have not had a chance to do with ‘Keeping Up With the Kardashians.’”

“This is the next chapter,” Kris Jenner added during a May Disney event (via Us Weekly). “In the new show, you’ll see us evolving as a family, fans want us to be who we are and since moment one, they’ve been emotionally invested in our show just like we are. The fans will love seeing us continue the journey. I can’t say much about what’s coming but spoiler, we’re going to look fabulous and everyone’s going to watch.” 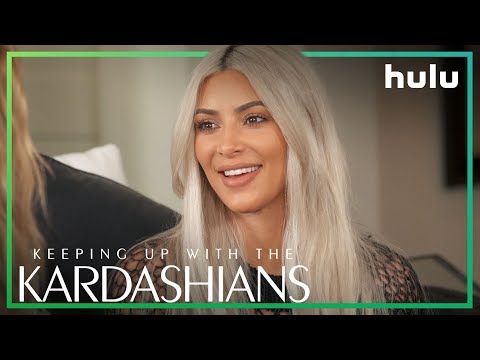 Why did ‘Keeping Up With the Kardashians’ end?

KUWTK enjoyed 20 seasons on the air before ending in June of 2021. It was reportedly a difficult decision for them to make, but the time had come for the family to take some time to rest.

“This was a dream of all of ours. We never imagined we would get onto season two. Now we’re on twenty. Sometimes we just need a break. It’s really simple,” Kardashian West told Grazia magazine in 2020.

“We just need a minute to regroup. You know, we haven’t had a break for fourteen years. We’ve gone in filming a season, then a spin-off, and I think there’s no other way to say it other than, we just live such big lives. And we have kids now. And they need us. There’s so much going on that, even just for a minute we need a break.”