Kevin Hart has spoken out about his infamous cheating scandal. As fans will likely remember, the actor and comedian stepped out on his wife, Eniko Parrish in 2017 while she was pregnant with their son, Kenzo.

The scandal came to light after Hart was allegedly blackmailed over a video that showed him cheating on Parrish with another woman (via TMZ). The video surfaced online, and the woman in question claimed in September 2019 that Hart and a friend had allegedly set up a hidden camera. The woman filed a lawsuit against Hart and the friend, which Page Six reported was dismissed.

Hart posted an apology video to Instagram in September 2017, in which he admitted he hadn’t made “smart decisions” recently. “I made a bad error in judgment and I put myself in a bad environment where only bad things can happen and they did,” he said, adding he’d “hurt the people closest to me, who I’ve talked to and apologized to, that would be my wife and my kids.”

The “Night School” actor also appeared to address the blackmail claims, noting, “I’m also not going to allow a person to have financial gain off of my mistakes and in this particular situation that was what was attempted. I said I’d rather ‘fess up to my mistakes.”

Hart has since opened up more about what went down and how he spoke about his infidelity to his daughter. Read on for the details. 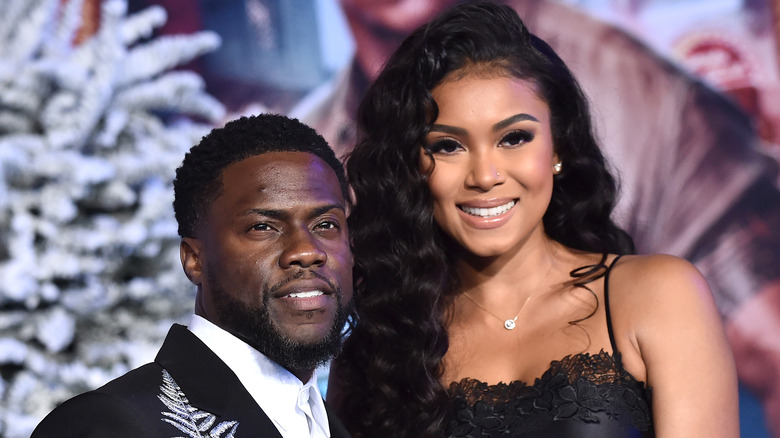 Kevin Hart addressed his cheating scandal with Will Smith on “Red Table Talk,” as the actor took over the Facebook show — which is usually hosted by his wife, Jada Pinkett Smith — for Father’s Day on June 20.

Hart admitted he’d “stepped in some s**t” and wasn’t prepared for the consequences. “Having a little girl in my life, it’s tough. You don’t realize the impact that your mistakes can truly have. When the kids get involved, it’s a different feeling, it’s a different emotion,” he said, adding it’s “hard to bother [him]” but having to speak to his daughter, Heaven, about what happened was extremely difficult.

“When your child shows disappointment, shows emotion, shows ‘I don’t understand why’ and you’ve got to have those conversations, the head drops for the first time… you realize there’s a different emotional cord that can be pulled on you that nobody else has the privilege of ever touching. My daughter touched on that cord,” he said.

Hart shares Heaven and son Hendrix with his ex-wife, Torrei Hart. He and Parrish have become parents for a second time since the scandal, welcoming their daughter, Kaori, in September 2020.