Despite often being referred to as such, koalas aren’t actually bears. They’re marsupials. So if you’re going to mislabel Australia’s cutest export, you may as well call them koala puppies, koala piglets, or, if you want to take things to the opposite end of the adorable spectrum, koala middle-aged-men. I’m thinking of a specific type of middle-aged man, who’s both delusional and stubborn; prone to sweeping declarations of noble intent, yet unable or unwilling to act with any chivalry on a regular basis; out of shape and less than stylish, always wearing an old polo tucked into fading jean shorts. Few would confuse such a figure with even the worst anthropomorphized non-bear, making such a juxtaposition between man and koala inherently amusing. You hear koala, you think “cute and cuddly,” but all you get is… “Koala Man.”

While clearly rendered unfunny in my rambling explanation, even the built-in comedy of Hulu’s new animated series “Koala Man” is squandered over its eight-episode first season. Creator Michael Cusack’s comedy isn’t a satire of American presumptions about life Down Under or a superhero spoof fit for Aussie audiences. Like last year’s “Little Demon,” it’s another retread of the lame-dad sitcom that tries to hide its lack of imagination with increasingly silly circumstances and celebrity performers. There is a man dressed up like a koala, but “Koala Man” is even less than the sum of these two parts.

Meet Kevin, the series’ schlubby protagonist (voiced by Cusack) who’s living two thinly divided lives. By day, he’s an unfulfilled office drone, fixing minor issues that his boss, Big Greg (Hugh Jackman), deems beneath him. At home, he’s a distracted husband and father, unwilling to fix minor issues because he deems such duties beneath him. All Kevin really wants is to strap on his gray and white ears, tie a bedsheet around his neck, and become Koala Man — his superhero alter ego who’s sworn to “clean up the streets, help the innocent, and snuff out evil.” At first, his heroics boil down to tough-talking local vagrants (charged with loitering), measuring the neighbors’ grass (so it’s never higher than ordinances allow), and, his pride and joy, “putting the bins out.” Per Kevin (and, surprisingly, a few others), the small town of Dapto would never remember to put the garbage out on garbage day without Koala Man. So, technically, yes: He’s cleaning up the streets. 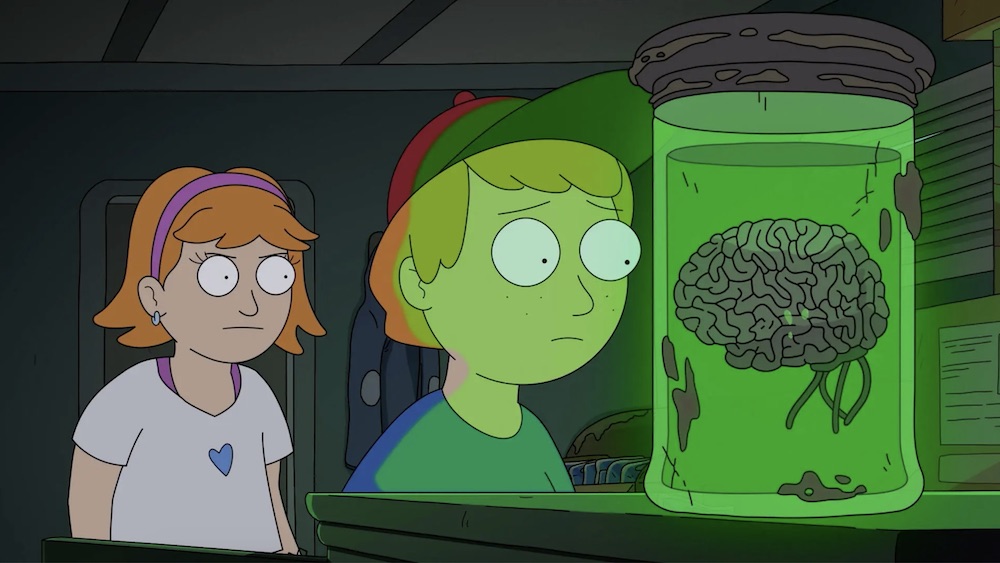 Inevitably, semi-serious yet substantial problems arise, and Koala Man is called to higher service. He battles a human-devouring flower (“a tall poppy”), American street-car racers, and an intergalactic creature so large it can have sex with planets. Each of these physical challenges helps instill a personal life lesson to Kevin or his family members: “A tall poppy,” for instance, is also an Australian custom of cutting down your successful fellow countrymen if it seems they’re growing too big for their britches (and that’s what Kevin thinks people are doing to Koala Man); the American speedsters’ beguiling rebelliousness challenges Kevin’s desire to instill obedience and order in his son; the intergalactic creature… well, defeating it involves making an extended sex joke, so clearly all the absurdity is warranted. (The animation required for these extreme sequences is about as close as “Koala Man” comes to breaking from a colorful but bland visual style.)

If watching a 40-something man gain insights that should be obvious to any 20-year-old sounds fun, than perhaps “Koala Man” will hold your attention. For instance, did you know that being a good partner means listening? Or that being a good dad means being around for your kids? Or that bullying is bad, and popularity isn’t the most important part of high school? To be fair, a show called “Koala Man” shouldn’t have to break new ground when it comes to imparting wisdom to its viewers, but it should be a lot funnier than this. Many of the jokes (that aren’t gross-out gags or other crude references) center on Kevin/Koala Man’s ineptitude. He’s introduced by hurting his ankle when leaping out of a tree, and such subversions of his “super” heroism only build from there. There’s an extended (and timely!) bit about the challenge of teaching an elderly woman how to use a Blu-ray player. And he’s constantly disappointing his family, especially his wife, Vicky, voiced by Sarah Snook. (Both the character and “Succession” breakout deserve better.)

The many attempts at world-building do little to stir interest either. If I gave you three tries, I’d bet you could guess Koala Man’s origin story, and the cavalcade of villains — a children’s music group, ‘roided up neighbors, and talking emus among them — feel like first-thought ideas bent to fit whatever else is going on instead of purposeful or exciting characters of their own. Most of the earned attention is paid for: Hugh Jackman pops up from time to time, sporting his natural Aussie accent and delivering lines a few qualitative rungs beneath his scripts for “Human Resources.” Jemaine Clement balances nerdy outsider vibes as a high school teacher with (barely) hidden menace. Snook is solid, as always, while Hugo Weaving and Alexandra Daddario pop in to make you think, “I know that voice! Who is that…” for a few minutes. Otherwise, your mind is likely to wander elsewhere — perhaps to a National Geographic special about actual koalas — since all the obvious peculiarities of “Koala Man” never congeal around anything compelling. It’s just another imitator, hiding behind a strange mask.