KOURTNEY Kardashian has gone skiing with her fiance Travis Barker and her three kids Mason, Penelope and Reign.

The KUWTK star, 42, shared cute photos of the family hitting the slopes in the day and enjoying cozy nights in in the evening. 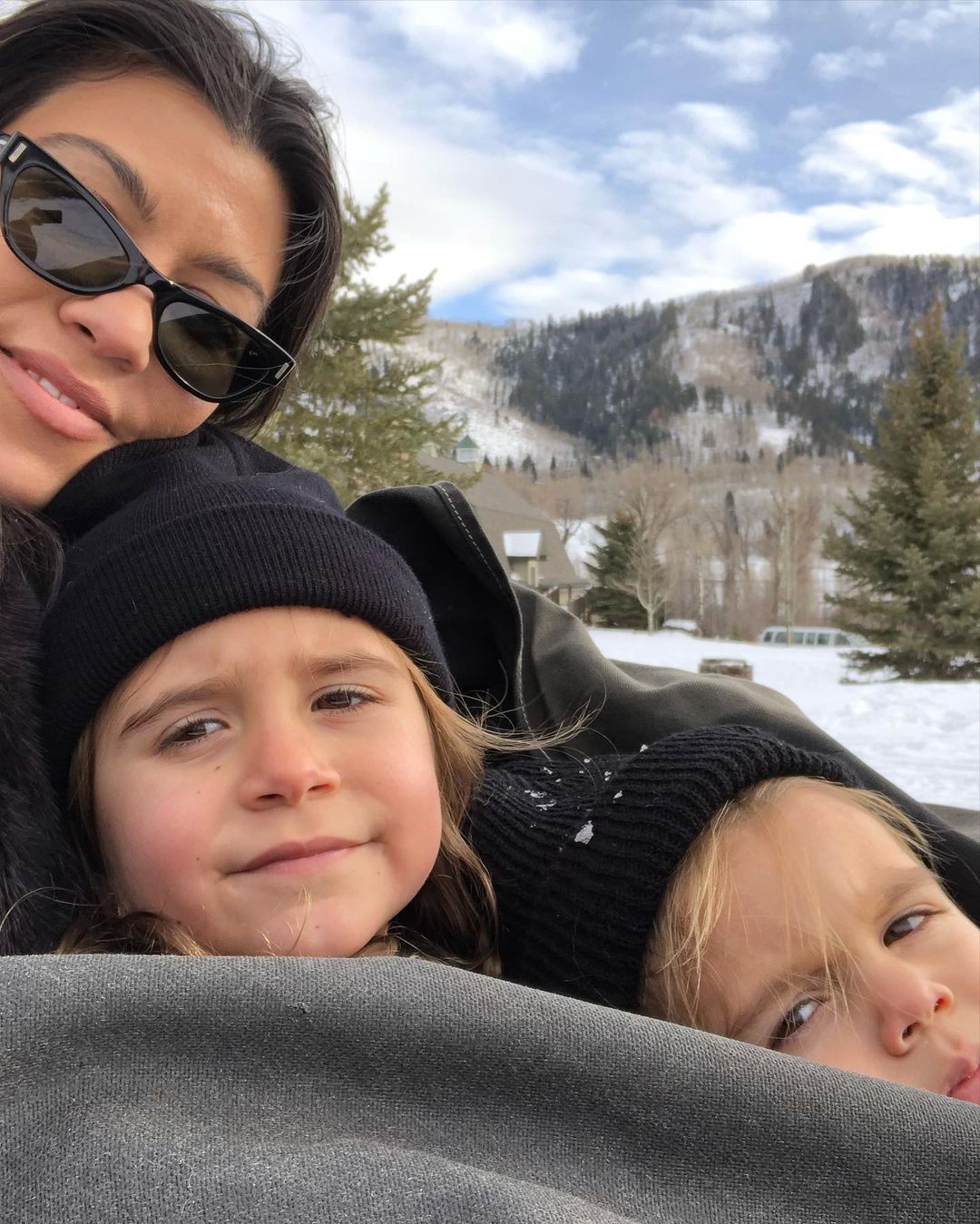 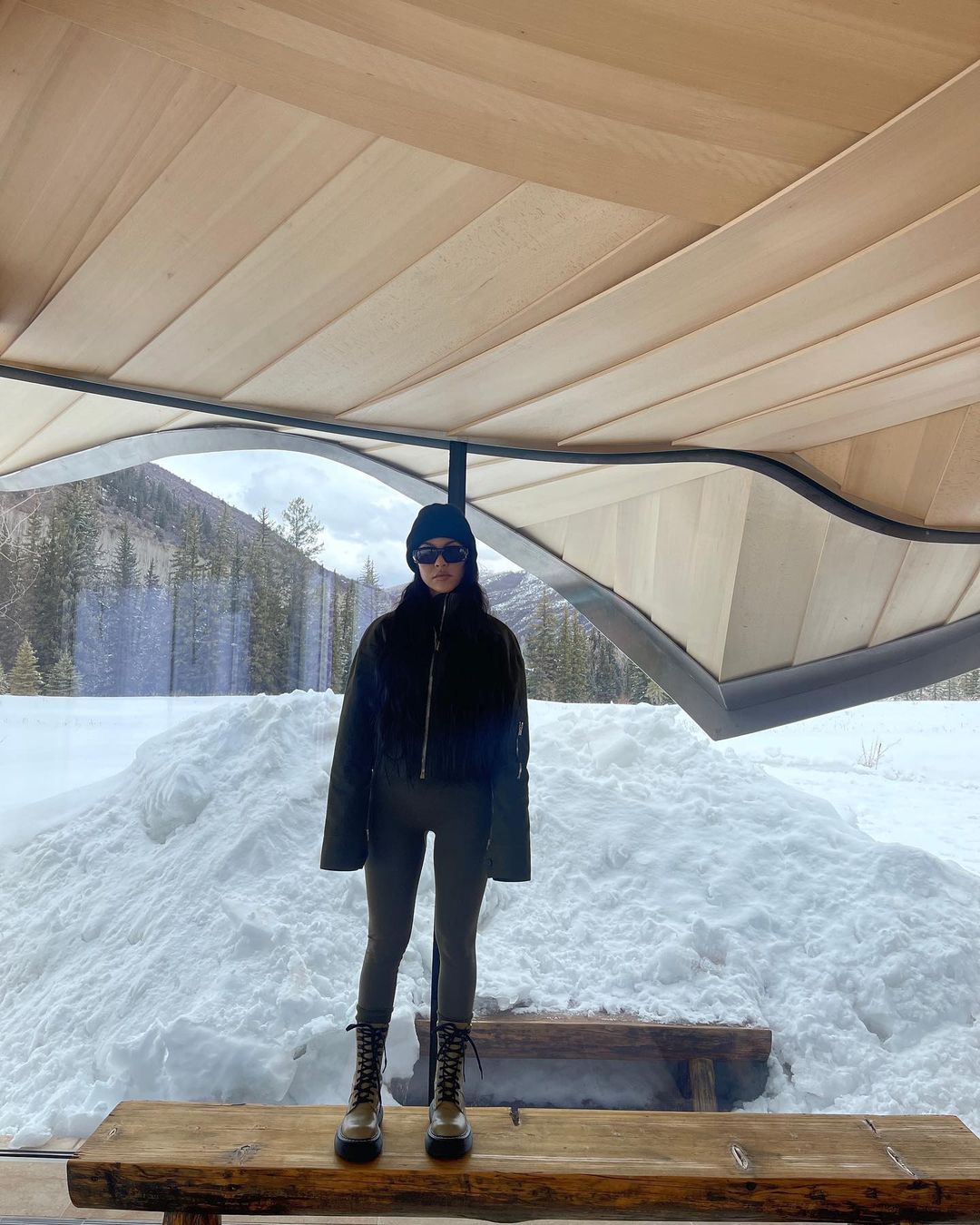 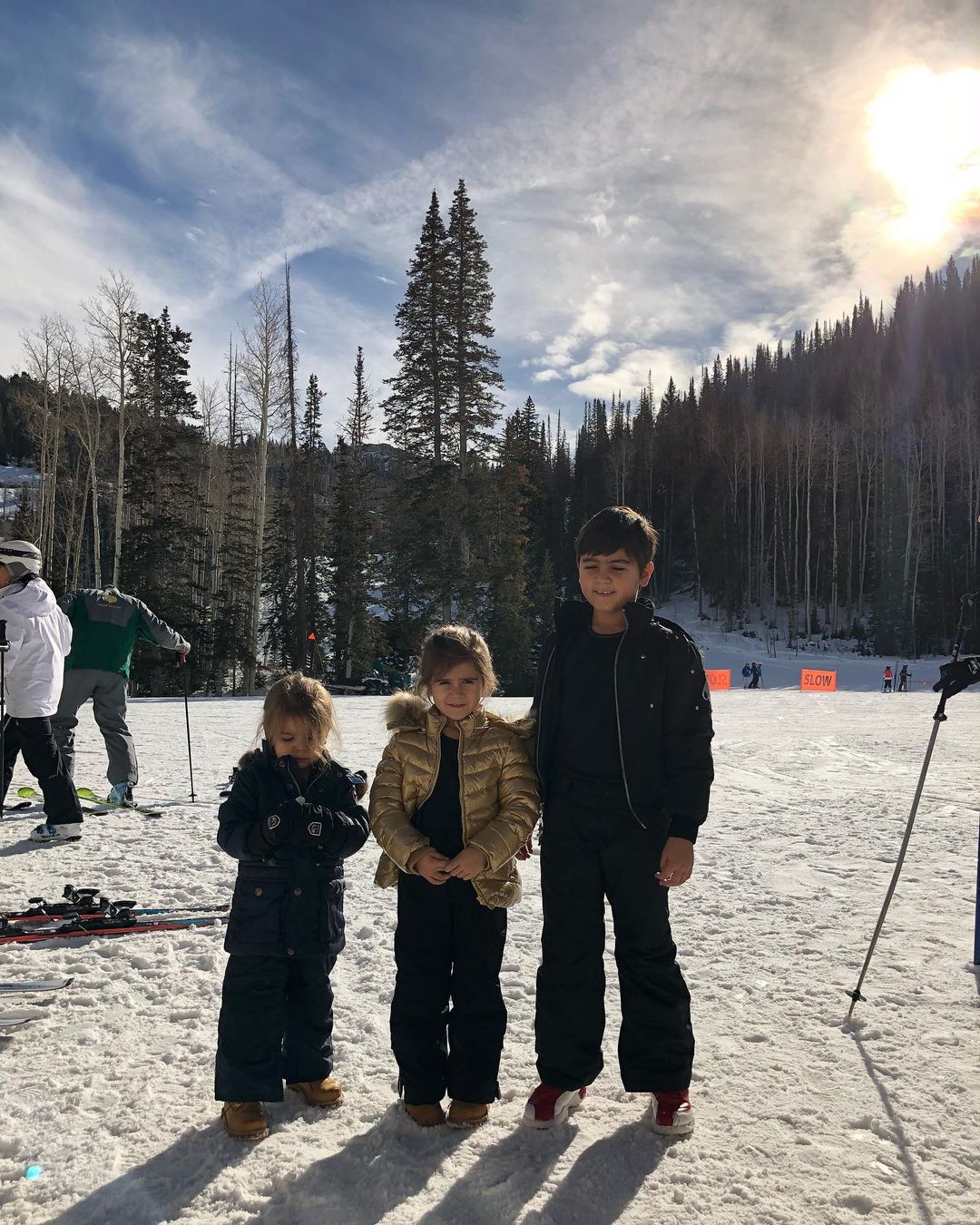 Kourtney dressed for the cold in a textured oversized jacket, beanie, leggings and combat boots in the first photo and pulled a deadpan face for the camera.

In other shots, the Poosh founder captured her children dressed in ski suits going skiing and enjoying snowmobiles.

They rounded off their snowsports with festive nights in by a huge lit-up Christmas tree, with Kourtney and Travis tucking into hot chocolate with marshmallows.

Poking fun at her sulky pout in the first snap, Kourtney captioned the adorable photos: "I love the snow (you can't tell in the first pic)."

Travis' daughter Alabama, 15, also joined the family on the getaway and shared a video of their incredible lodge.

Kourtney and Travis' latest holiday comes just days after they jetted off to Cabo San Lucas, Mexico, with all their kids to celebrate the Blink-182 drummer's 46th birthday.

For Travis' birthday, the E! star shared snapshots of the two kissing and laughing together.

Kourtney captioned the post: "I f**king love you more than anything. My favorite everything. Happy birthday to you my baby!”

Kourtney and Travis have sparked pregnancy rumors in recent months, which amplified after they announced their engagement in October.

Internet sleuths have spotted several apparent clues on social media, including engraved hand cuffs with "Spring summer 2022" – which some thought could be a due date.

Meanwhile, at Kris Jenner's birthday party, Travis appeared to be rubbing her stomach as she handed him a drink.

The clip was shared on Khloe Kardashian's Instagram Story, and fans started speculating from there.

One commenter wrote: "Prego vibes," as another added, "Passionate. I love them."

The 71-year old opened up about the number of grandchildren in the Kardashian  clan during an interview with Good Morning Britain.

When asked about their relationship, the TV star spoke about her grandchildren.

The reality star claimed there were reportedly "two in the oven."

Caitlyn said: "I told all the kids. I'm going for 30 grandchildren. That's a nice round number."

Kylie Jenner, 24, is currently pregnant with her second child with her boyfriend Travis Scott, 30, who is also the father to Stormi, three. 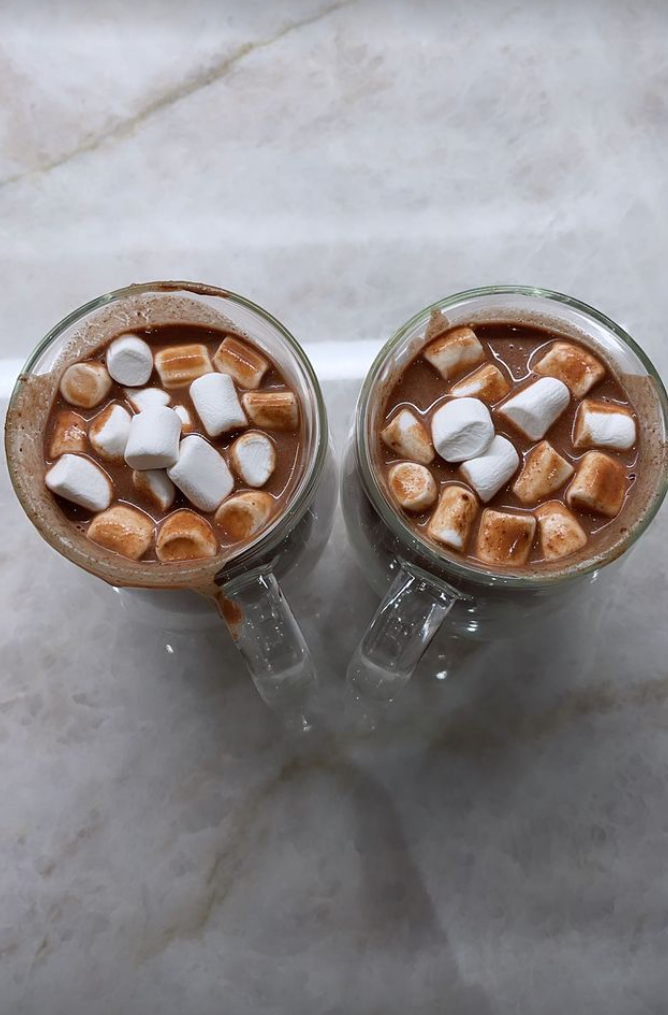 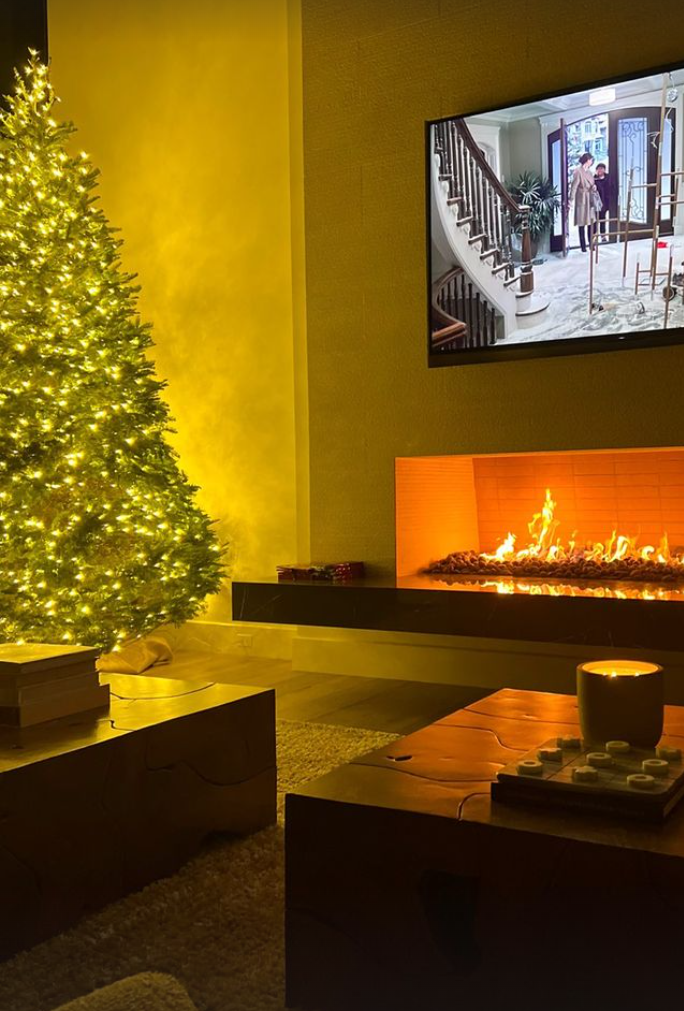 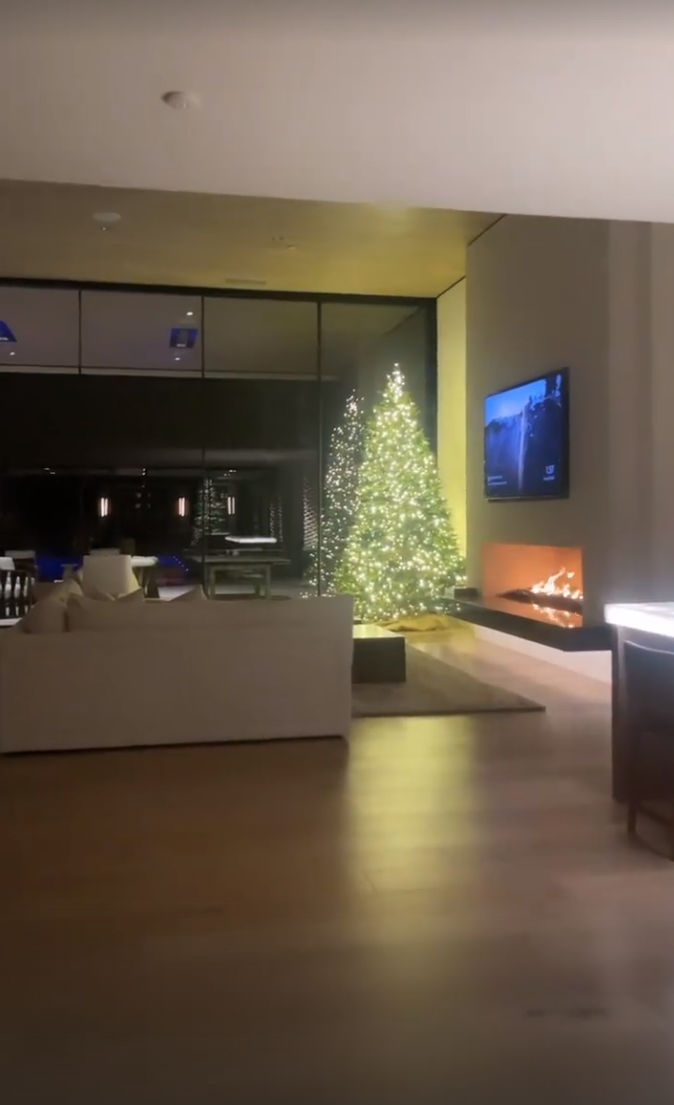 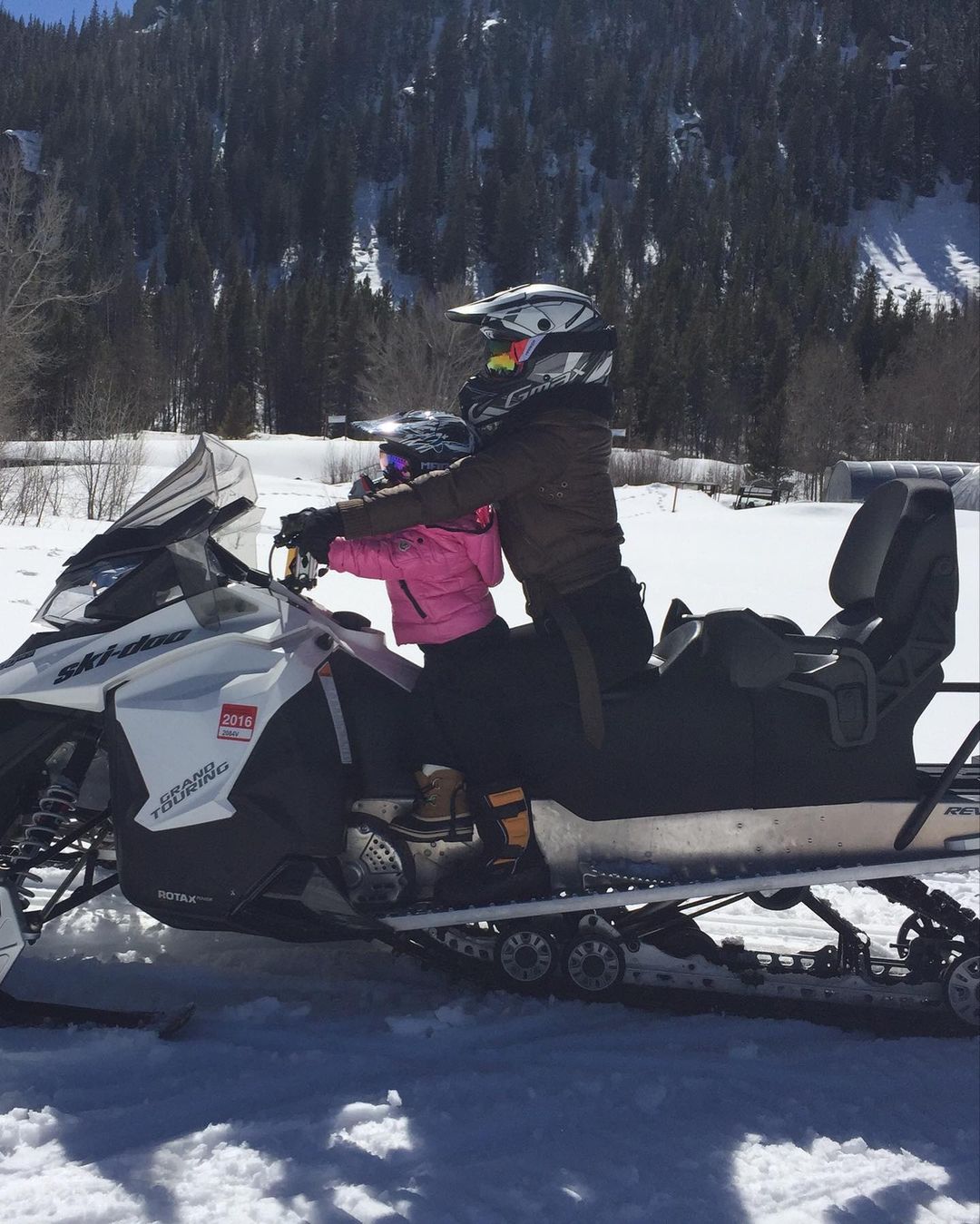