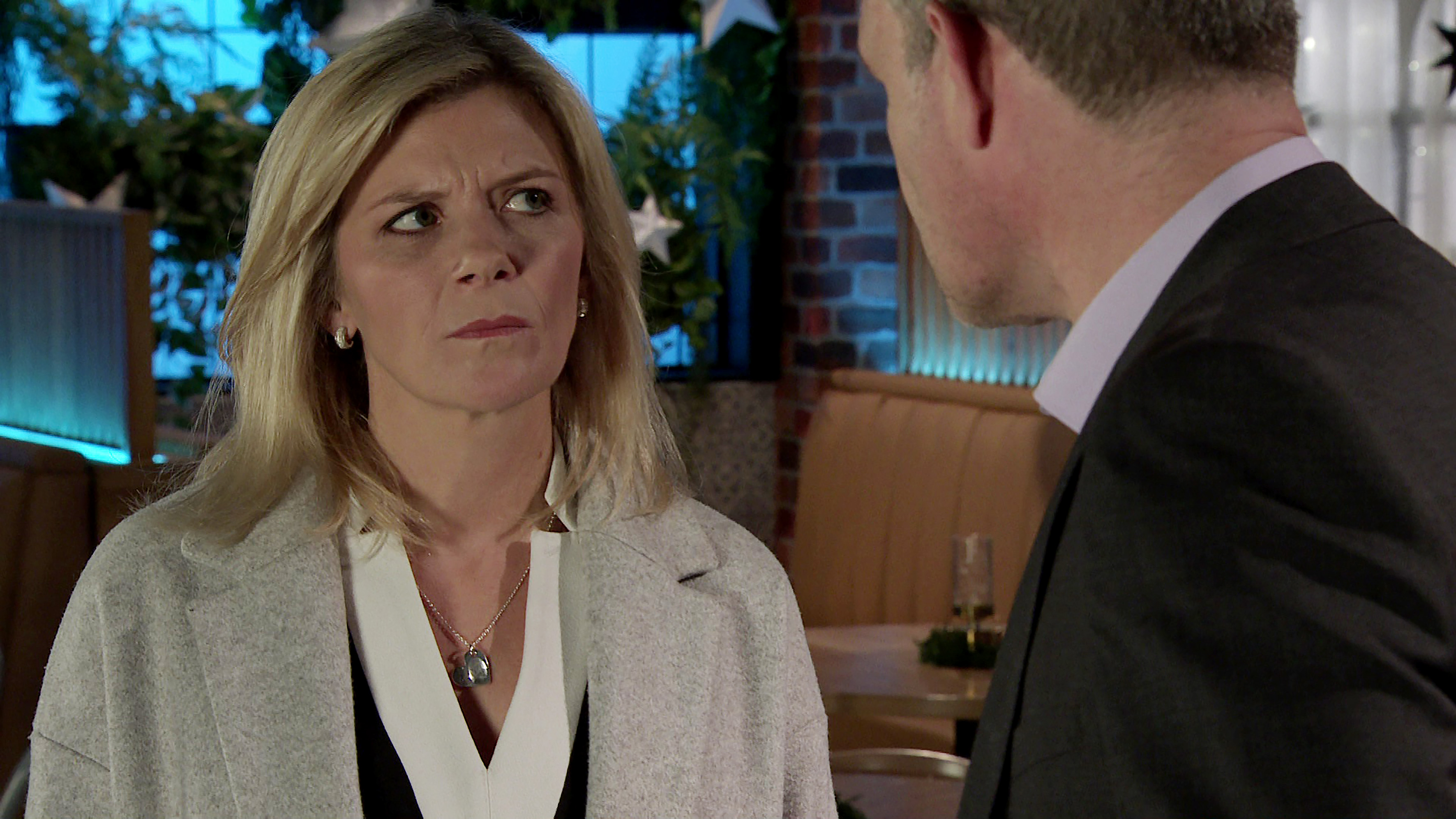 Leanne Battersby (Jane Danson) was certain Jacob Hay (Jack James Ryan) would soon go back to his old tricks and resume drug dealing in Coronation Street and tonight, she’s under the impression that he’s done exactly that.

We know, of course, that Jacob has only fallen back into this dangerous world because of his father, Damon (Ciaran Griffiths).

When Damon first arrived in Weatherfield, we learnt the money his brother, Harvey (Will Mellor), gave Nick (Ben Price), actually belonged to him so technically, he now owns part of the bistro.

As Damon got himself settled in, Jacob started working at the restaurant and soon enough, he learnt of his dad’s plan to smuggle drugs through the deliveries.

During one evening last week, Jacob managed to get his hands on the drugs and flushed them down the loo, which resulted in his furious father brutally beating him.

Jacob then found Nick and explained that he’s leaving because Damon is smuggling drugs and putting Amy’s (Elle Mulvaney) life in danger.

Of course, with this being Weatherfield, it isn’t long until gossip starts to spread.

In the bistro, Leanne is furious when Jacob fails to turn up for his shift, forcing Nick to keep quiet about what he knows.

Later on, when Amy reveals that Jacob has gone and they broke up because he’s drug dealing again, Leanne is furious, and Simon (Alex Bain) can’t help commenting on the fact he thinks Amy had a lucky escape.