As Legacies executive producer Brett Matthews reminds us, “the friendship between Hope, Josie and Lizzie is very central to the show,” which only made Thursday’s welcome-back episode all the more entertaining. You know, as if the panda costumes weren’t wonderful enough.

To make a long story very short… In the process of rescuing Lizzie from a Midsommar-esque cult led by a witch formerly imprisoned by Malivore, Hope and Josie were forced to share what Matthews calls “hard truths” about one another. “Best friends sometimes have to say some very uncomfortable things to each other,” he says. “How those [truths] land is another story.” 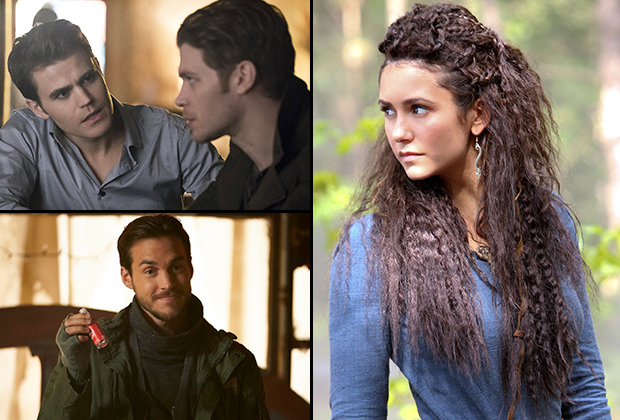 Let’s start with Josie telling Hope that breaking up with Landon was inevitable, and that he did what she was too afraid to do. While that may merely be Josie’s interpretation of the situation, Matthews adds, “It’s also what the facts would tell you. Hope and Landon are biologically incompatible together, so the core of this whole universe is really fate and destiny, and whether people choose to accept it or fight against it. It’s very Vampire Diaries in that sense. Logistically, it’s a valid point. The question is: Does love defeat those things, or does love succumb to those things? That question is very much open to interpretation, and different people will have different opinions of it.” 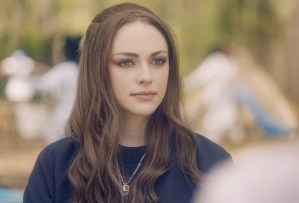 And that’s not the last time you’ll hear the word “fate” this season. In fact, fate is a “big driving force” in the show’s June 24 finale, aptly titled “Fate’s a Bitch, Isn’t It?” Of the season ender, Matthews says, “It’s where the first three seasons have been leading us, so hopefully it will be thrilling and climactic and all that. Some of the big questions of the show will start getting answered in this run of episodes between the end of Season 3 and the beginning of Season 4.”

Lizzie also had to give Josie some tough love, encouraging her to let herself be happy with Finch. “This is coming from her twin sister, a source that Josie really cares about and trusts, so it’s certainly going to land on her pretty hard,” Matthews says.

Not that Finch won’t have plenty to do at the Salvatore School outside of her relationship with Josie. Thursday’s episode found her challenging Jed for alpha status, ultimately letting him beat her at pool and retain his position. Matthews says this is the beginning of an “important” friendship, as Finch challenges the “very traditional hierarchical structure” with which he’s always guided his pack. “She doesn’t want to be an alpha, but she also doesn’t think the rules need to be applied so unilaterally.” 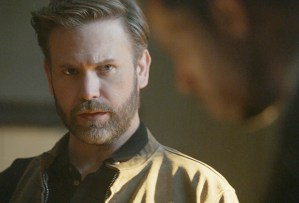 Meanwhile, Alaric and Dorian falsely assumed that MG was responsible for a series of attacks in the woods, prompting them to tranquilize the down-low vigilante. But after looking through his superhero journals and narrowly escaping the clutches of an actual wendigo, they began to have a change of heart about MG’s need to help people.

“The mission of the Salvatore School has been evolving over the course of three seasons,” Matthews says. “Rick started it as a port in the storm to keep these kids safe because they’re special, but as the seasons have unfolded, what he’s beginning to realize is that them being special could benefit the world. That they could do a lot of good beyond the walls of the school, and he’s wrestling with that for the first time. What is the endgame of this place? What happens when these kids go out into the world? What is that going to look like?”

We don’t have the answers to any of those questions just yet, but we can confirm one thing: If the monster that emerged from the Malivore pit at the end of the episode gave you major Darth Vader vibes, you’re not completely out of your mind. (Unlike the show’s panda-fied leading ladies, who remain very much out of their mind.)

“One of the great things about Legacies is that it delves into a lot of different genres,” Matthews says. “Next week, prepare for space madness. It’s something we’ve always wanted to do but never thought we could. We’re certainly very excited to see where that journey takes Hope, Lizzie and Josie next week.”

Your thoughts on this week’s instant cult classic? Drop ’em in a comment below.