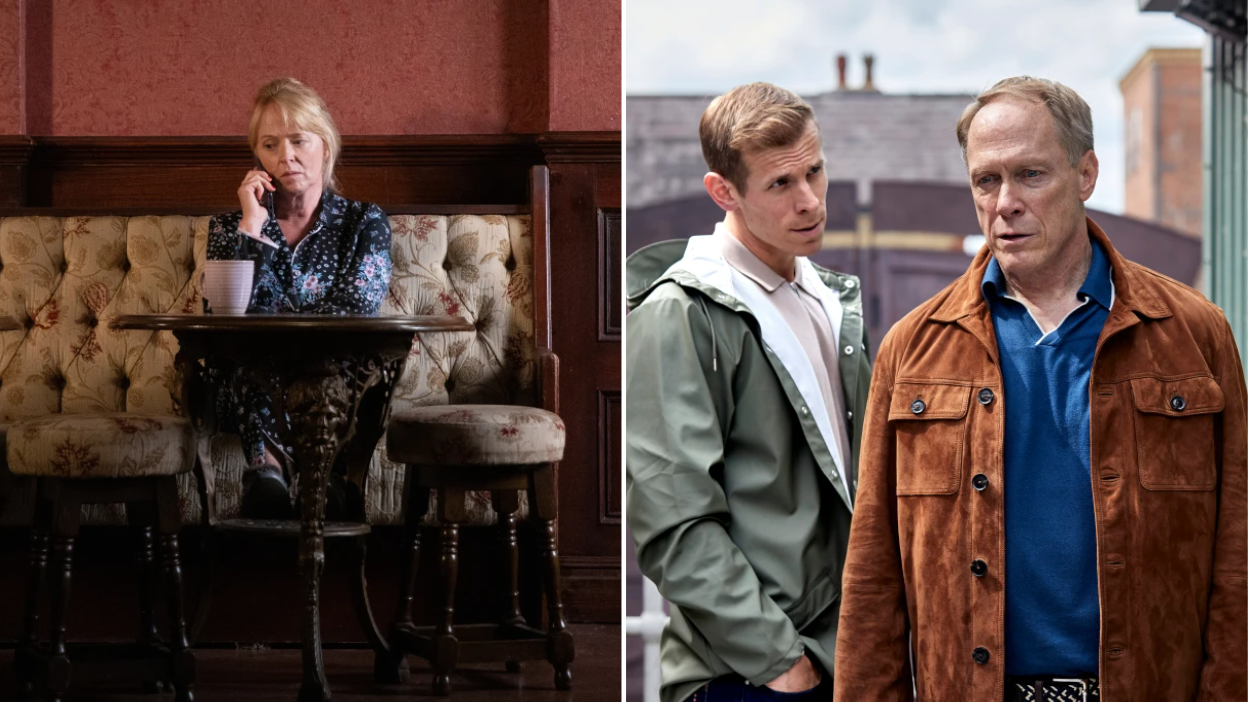 The Rovers landlady confides in Daisy (Charlotte Jordan) that she is concerned, as he hasn’t been home all night and his phone is going to voicemail.

This comes just days after their engagement, and Jenny’s smooch with fraudster Stephen (Todd Boyce).

Daisy suggests that he has got cold feet, and Jenny can’t think of any other explanation. Has he found out about the kiss and done a runner?

Unbeknownst to them, Leo’s last known location was with Stephen himself, after discovering that he planned to con Audrey (Sue Nicholls) out of her house.

To make matters worse, the last place they were seen together was on the factory gantry.

Does Stephen know something about Leo’s whereabouts?