LINDSAY Lohan's stunning diamond engagement ring is valued at a whopping "$200,000" according to jewellery experts. 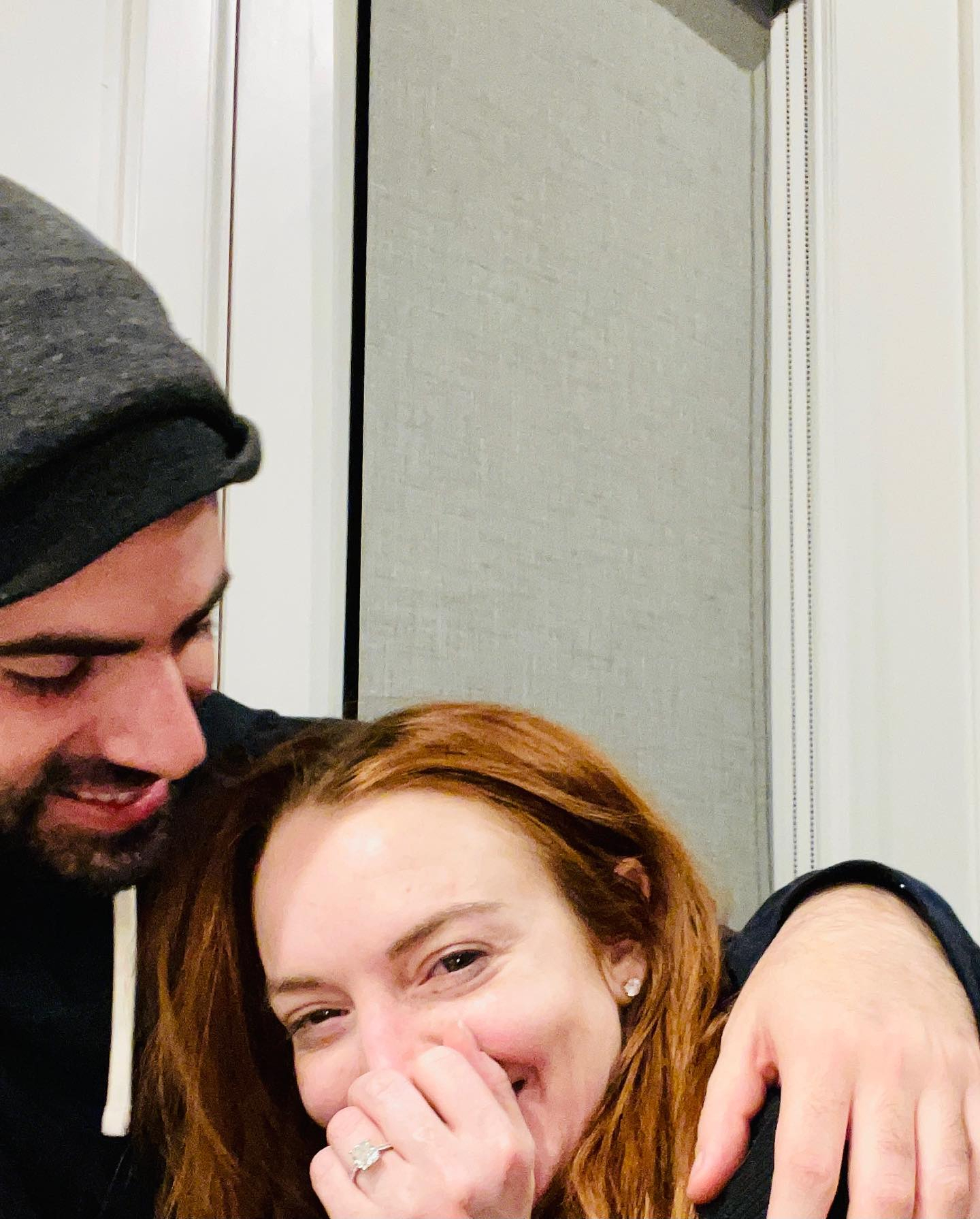 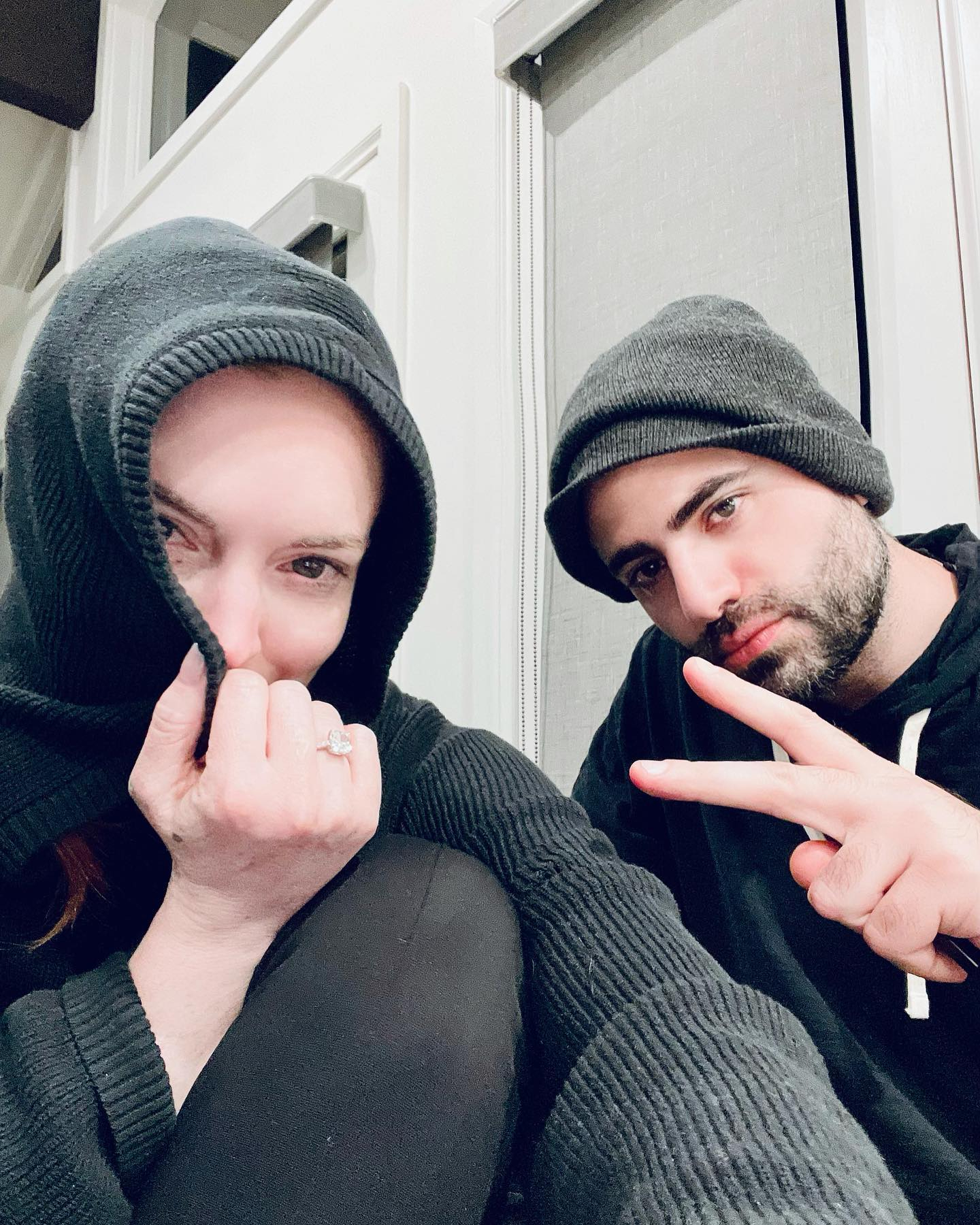 Despite keeping their relationship pretty private, the Disney child star was understandably excited to share a host of images of the huge sparkler after declaring she is now a bride-to-be.

The Hollywood celeb shared the news with her 9.7million followers and posted a trio of loved-up snaps.

After getting a glimpse at the sparkler, diamond experts were first to tell The Sun how Bader had made a perfect choice.

"From analysing the photos she posted to Instagram, it looks to feature an exquisite radiant cut diamond on a solitaire setting.

“The centre stone is approximately 4ct and is set on a thin white gold or platinum pave band.

Meanwhile, on Harry Winston's prestigious diamond website, a caption told how the rings were "the ultimate expression of true love."

They added: "Harry Winston Engagement Rings feature rare diamonds, selected from only the top color (D,E, and F) and clarity grades (Flawless-VS2), expertly set in platinum, to create a superlative jewel that shines with maximum brilliance.

"From cushion-cut, to emerald-cut, to oval and pear-shaped, the House's unique engagement rings are available in a variety of styles."

The Sun revealed earlier this year that Lindsay had fallen head over heels for Bader.

A source close to the star told us: “Lindsay's relationship with Bader (Shammas) is going strong. She has been with him for about two years now.”

Bader is a steady and stable presence in her life, the source added.

“He is a legitimate guy. He's not an actor, he's not in the entertainment industry, he manages funds for high net worth people at Credit Suisse.”

And they said it was only a matter of time before LiLo and Bader made things official.

Her celebrity family and pals were quick to congratulate the Ultimate singer on her impending nuptials.

Reality TV star Juliet Angus penned: "Yay!! 💍 I was wondering when everyone was going to hear the news! I’m so happy for you both ❤️❤️ the best parts of life start now. Love you xx"

Lindsay is still living in Dubai, but returned to the United States to film a new Christmas last month.

Things are looking up for the actress who hasn’t taken on an acting role in several years.

“She is doing amazing and this return to acting is great for her. This will be a launching pad for her career,” the source told us.

Netflix announced the production her new Christmas romantic back in May.

Lindsay plays a “newly engaged, spoiled hotel heiress” who gets amnesia after a skiing accident and “finds herself in the care of a handsome, blue-collar lodge owner and his precocious daughter in the days leading up to Christmas.”

Last week Netflix released the first look of the forthcoming Christmas rom-com, which is still untitled.

She is seen smiling and holding hands with co-star Chord Overstreet in the snap from set.

The film — which will air during the holiday season next year — marks her return to the screen.

Lindsay previously dated Russian businessman Egor Tarabasov but the pair split after a number of fights.

She hinted they were engaged when wearing a huge diamond ring on her wedding finger.

She lived in the UK in 2015 after appearing in West End play, Speed the Plow.

But Lindsay made more headlines for weighing in to the Brexit debate by live-tweeting the results on her Twitter page – causing controversy for not knowing where Kettering was.

However, she was offered an olive branch from the town after accidentally offending people with her tweets when they asked her to turn on their Christmas lights. 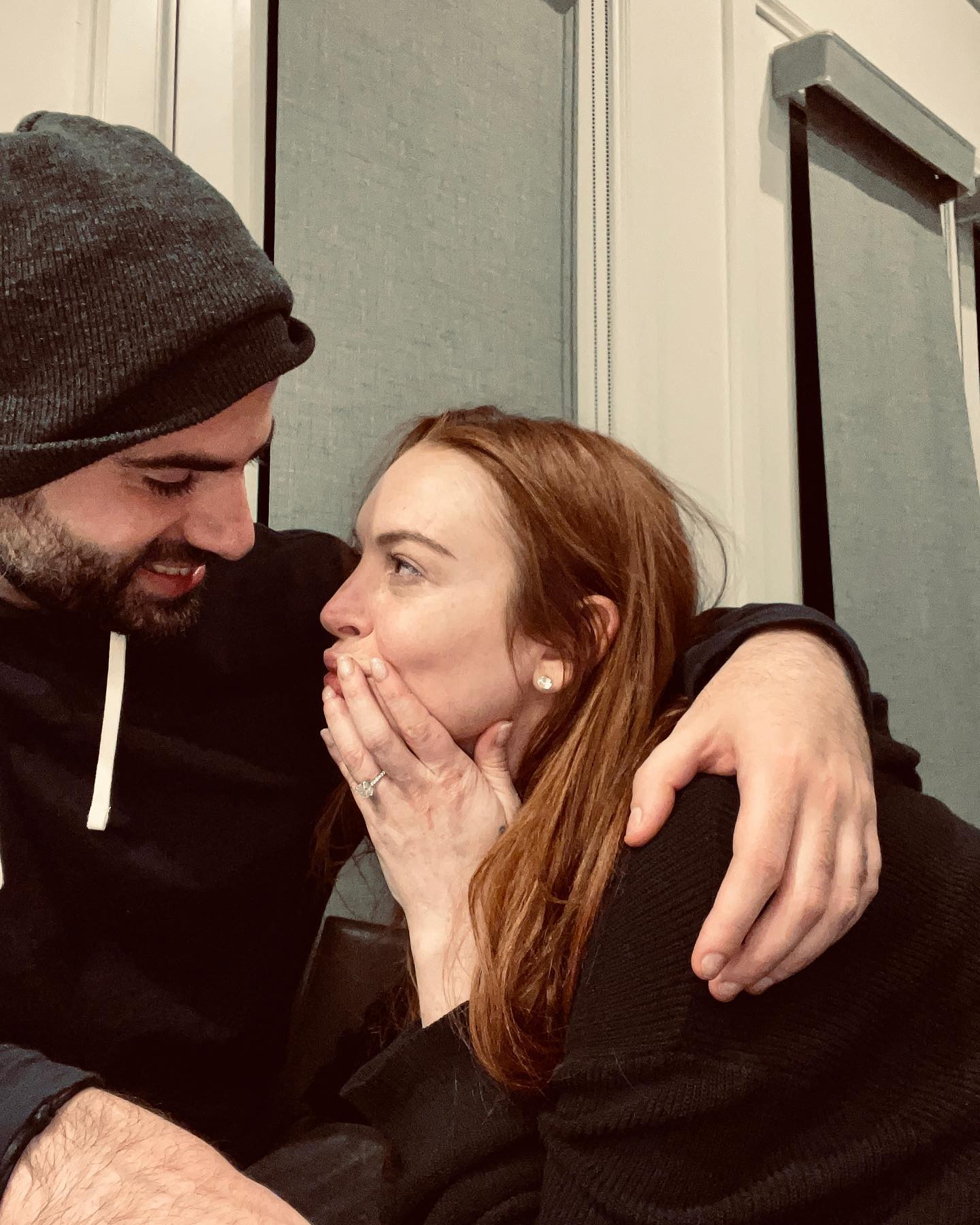 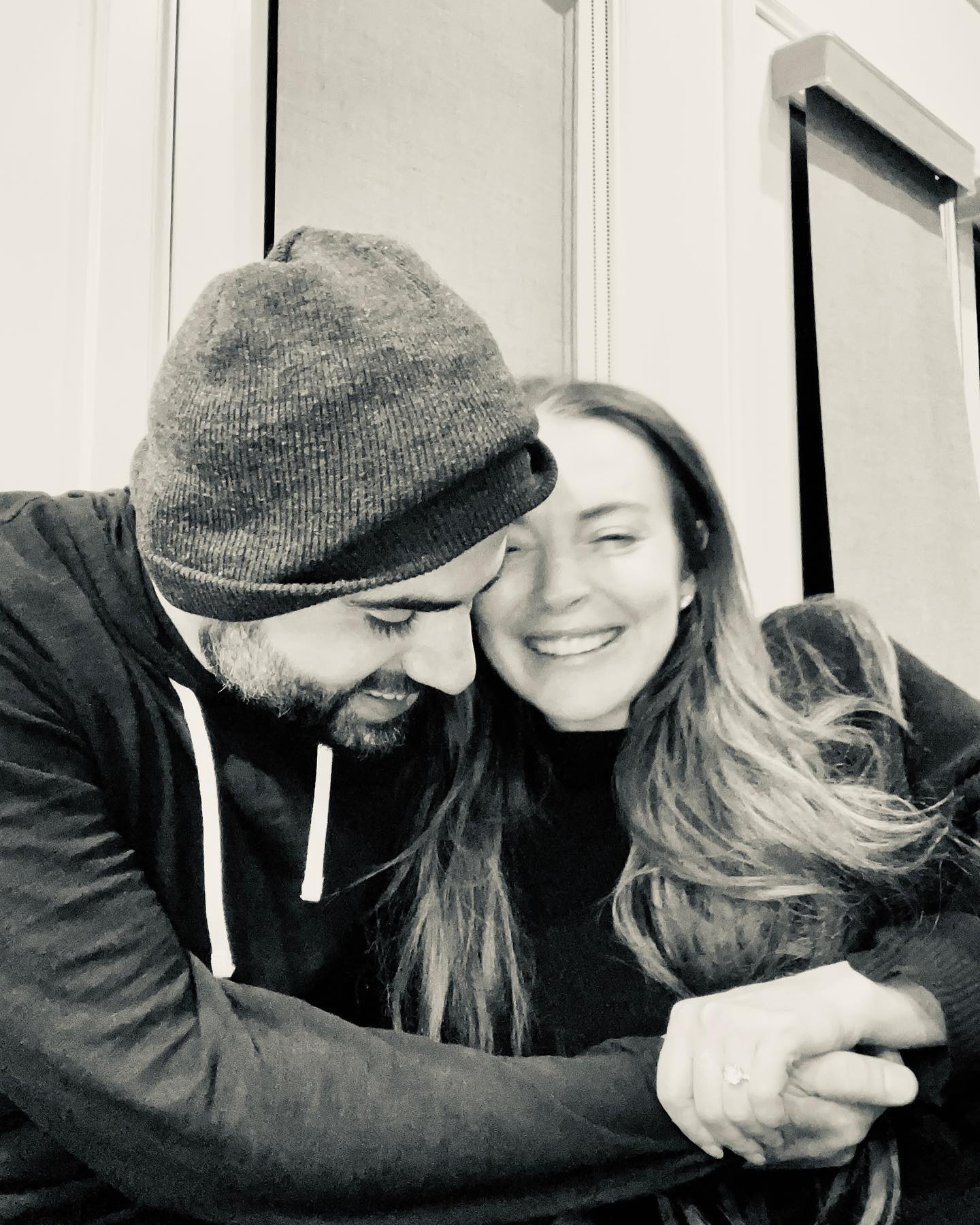 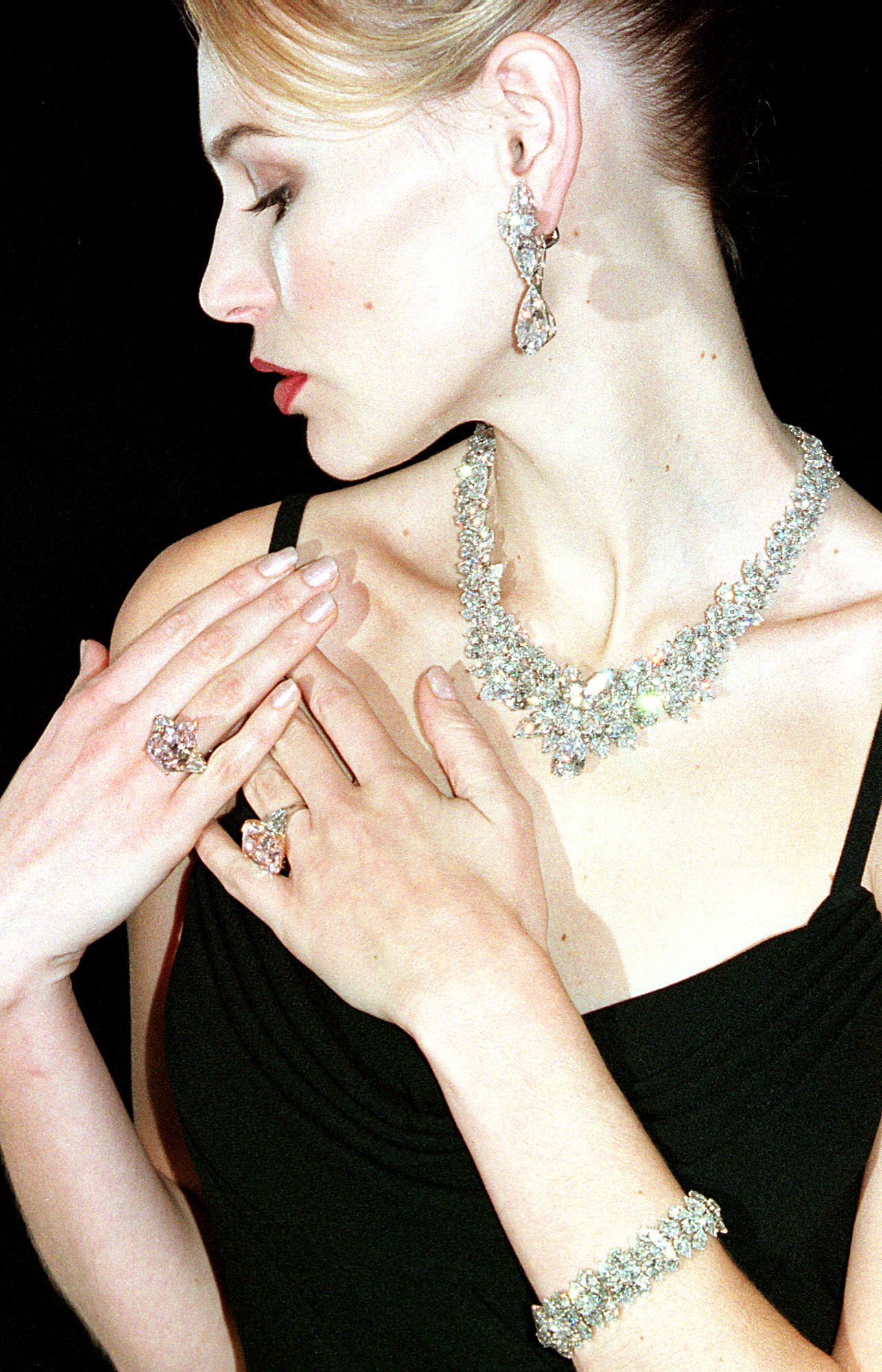