Line of Duty: Police make their way to suspect's home

Episode two of season six left Line of Duty fans with so many questions and with five more weeks to go until any concrete answers are delivered, they have been speculating and theorising as to the possible connections between characters. While many are wondering whether DCI Joanne Davidson (played by Kelly Macdonald) is a member of the OCG, perhaps even H or if she is being blackmailed, others are focusing on DC Chloe Bishop (Shalom Brune-Franklin) and whether she is related to former DCI Anthony ‘Tony’ Gates (Lennie James). So much so, those watching at home think they have found a certain clue that cements this idea.

There have been many references to the very first season of Line of Duty which first aired in 2021 – and some viewers think the new AC-12 recruit, Chloe has a connection to her superior, DS Steve Arnott (Martin Compston).

Fans think Chloe could be Tony’s daughter, with many remember how he had two daughters with wife Jools – Natalie and Chloe.

Tony was killed off in the explosive finale of season one after he was involved in the OCG as a result of his affair with Jackie Laverty (Gina McKee) and when he realised his career in the police force was over, he asked Steve to say he was killed in the line of duty, when in fact, he killed himself by walking in front of an oncoming lorry.

As a result, Tony’s family received £107,000 in compensation and his pension for life. 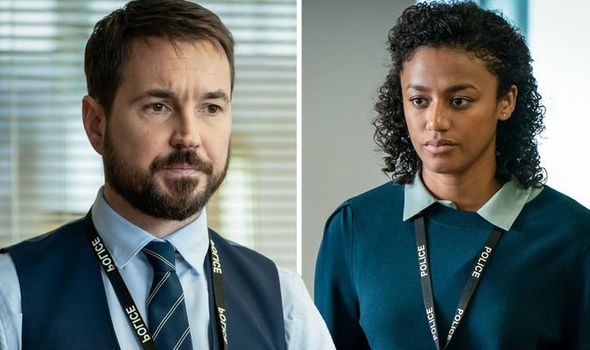 As for the last time Tony’s daughter Chloe was seen, it was nine years ago and she is thought to be the same age as AC-12’s Chloe.

But AC-12’s Chloe has a different last name to Tony – and fans think she may have taken her mother’s maiden name, or her stepfather’s surname to ensure her real identity stays a secret.

Taking to Twitter to comment, one said: “So in series 1, DCI Tony Gates had a daughter called Chloe….. roll on to series 6 and Steve Arnotts new partner is called Chloe!! #LineOfDuty.”

“Holy s*** so is Chloe, Tony Gates’ daughter Chloe??? That name can’t be a coincide right? #LineOfDuty,” a second wrote.

Someone else mentioned: “Putting it out there ….. Chloe’s dad? #LineOfDuty.”

“I’m still wondering about suggestions made last week that Davidson could be related to Tommy Hunter & Chloe Bishop could be Tony Gates daughter. #LineOfDuty,” another tweet read. 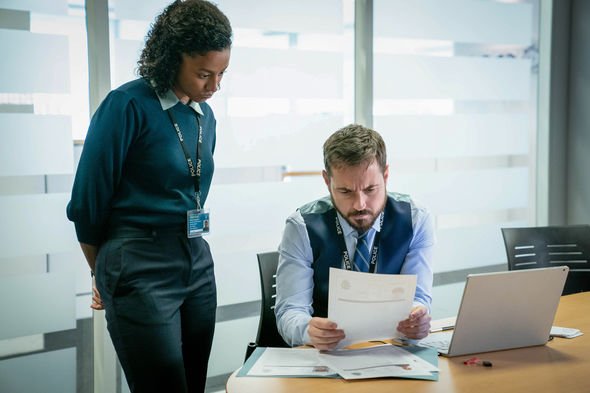 Season six pilled in a whopping 9.6million viewers making it the most-watched drama of the year on opening night.

While many have praised its return, some have criticised its overly complicated police jargon and twisting plots.

On the other hand, the drop in viewing figures between episodes one and two of season six could be because more people plan on catching up in their own time rather than tuning into the first episode in real-time after so much hype. 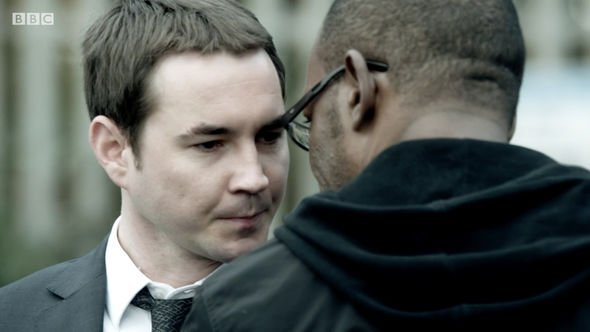 The BBC went onto reveal the first episode has now been watched by 13.8 million people, including those who have caught up on iPlayer, in the week after it was first broadcast on BBC One.

On Sunday evening, millions of more viewers will sit down to watch episode three.

As for what is going to happen, on the strength of evidence from a new witness, Jo will bring back Terry Boyle.

He will be questioned once more about Gail Vella’s murder.

DI Kate Fleming (Vicky McClure), on the other hand, is torn between her loyalty to Jo and wanting to assist AC-12’s investigations.

And tensions are set to increase when she encounters a face from the past with links to organised crime.

Perhaps Kate will come fact to face with PC Ryan Pilkington (Gregory Piper) finally, after all, she recognised him but failed to work out where she had seen his face from before.

Line of Duty season one to five are available to watch on the BBC iPlayer and season six returns with episode three on Sunday night at 9pm on BBC One.