Episode four, ‘The Nexus Event’, formed a strong bond between two chaotic variants, Loki (played by Tom Hiddleston) and Sylvie (Sophia Di Martino). However, after some jaw-dropping reveals for the Marvel Cinematic Universe, Disney+ viewers were distraught when the series’ title character was killed off in the closing minutes.

Several Marvel fans didn’t realise the trickster god Loki was still alive and well by the end of the latest episode of the new Disney+ series.

In episode four, the TVA arrived at the last minute to pull Loki and Sylvie from Lamentis-1 after their romantic connection caused a time-splitting Nexus Event.

After a confrontation with the Time Keepers (who turned out to be an elaborate ruse), Loki is ‘pruned’ by the TVA while Sylvie is left to confront the sinister judge Ravonna Renslayer (Gugu Mbatha-Raw).

Considering the Marvel supervillain’s previous track record, many assumed the God of Mischief had met with yet another sticky end. 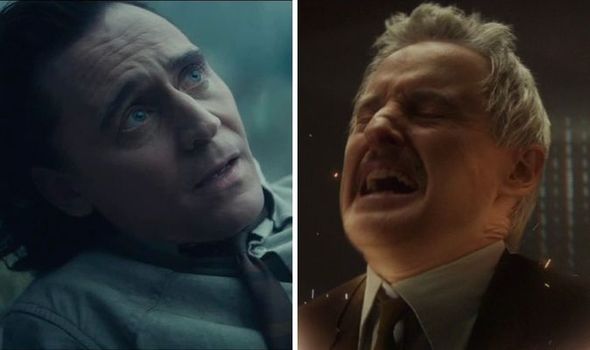 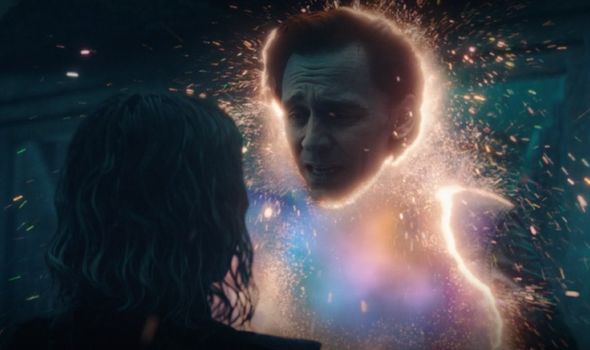 On Reddit, one fan reacted: “Oh no Mobius 🙁 I was not ready for this.”

While a viewer on Twitter said: “I will literally not be able to sleep at night with the image of Loki feeling all the pain while being pruned stuck inside my head.”

Loki’s initial death scene was made all the more excruciating as fans believed a romantic confession to Sylvie was on the way before Ravonna stepped in. 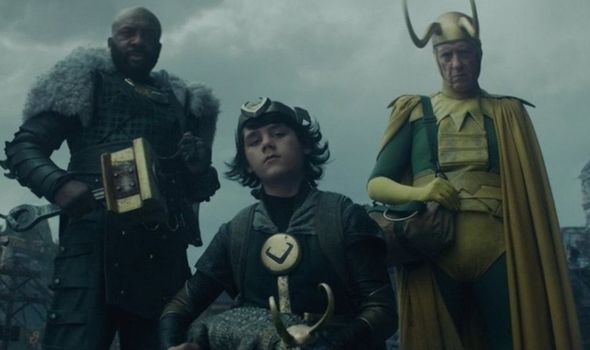 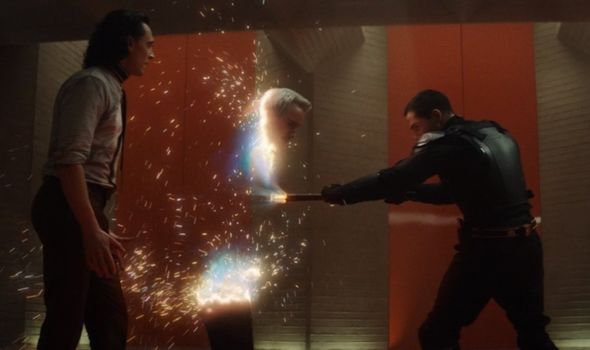 Thankfully, some helpful Marvel aficionados stepped in with a reminder to keep watching, otherwise there could have been some major confusion when the series returns next week.

Another Reddit user posted the urgent message: “THERE IS A POST CREDITS SCENE THAT YOU ABSOLUTELY MUST WATCH.

“GO BACK AND WATCH IT BEFORE READING THIS THREAD.”

This week’s episode revealed nearly everything about the TVA is a fabrication, and their method of ‘pruning’ variants and disorderly minutemen is no different.

In a hidden post-credits scene, Loki wakes up in a strange dimension to discover he hasn’t actually been burnt to a crisp.

Instead, the trickster wakes up in a barren version of New York City, with three (or perhaps four) versions of himself standing over him.

Guest star Richard E Grant appears to be portraying an older, comic book accurate version of the supervillain, whilst actors Jack Veal and DeObia Oparei are confirmed to be playing Kid Loki and Boastful Loki, respectively.

Kid Loki is also holding a small alligator donned in Loki’s classic horned helmet, leading some to believe this could also be a different version of the Norse god from yet another baffling Marvel timeline.

Viewers were naturally relieved when the episode’s final reveal clicked into place.

“THIS MEANS THAT NOBODY EVER DIES WHEN THEY GET PRUNED.”

Loki dying yet again threatened to cause turmoil in the Marvel fanbase, especially as this week’s episode was the first to employ the use of the franchise’s signature credits stingers.

Thankfully some helpful viewers stepped in with a reminder to head back to Disney+ to catch up with the final minutes, and subscribers are now keeping their fingers crossed for Agent Mobius’s comeback next week.