With Lost In Space Season 3, the Robinson family makes their final interstellar journey. The final episodes of the Netflix drama reveal Robot’s origins and feature a climactic battle between the humans and SAR. Here’s a breakdown of the epic adventure and how it ends. 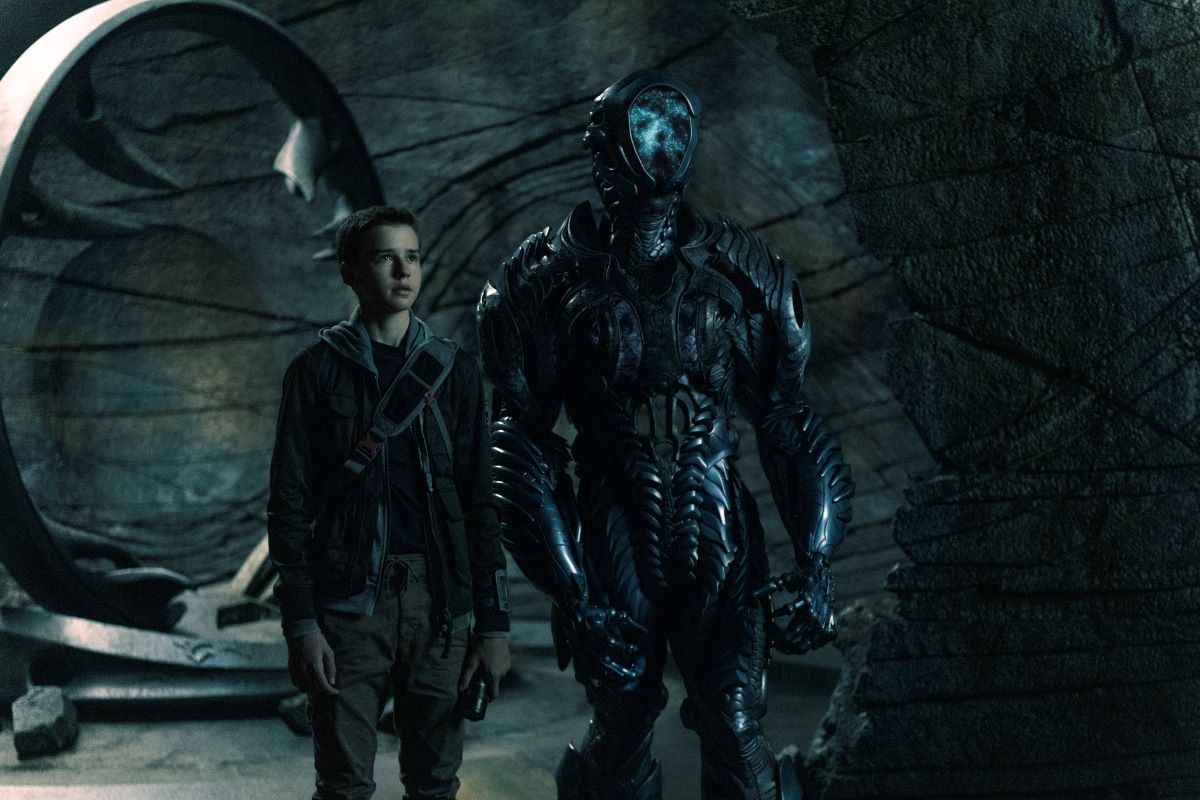 ‘Lost In Space’ Season 3 picks up with the Robinsons separated

The second season of Lost In Space left off with the Robinson kids out in space on their own. After SAR and his robot army attacked the space station, John (Toby Stephens), Maureen (Molly Parker), Don (Ignacio Serricchio) are left behind, while Will (Maxwell Jenkins), Judy (Taylor Russell), Penny (Mina Sundwall), Dr. Smith (Parker Posey), Robot, and dozens of other children find their way to another planet.

While living in the only habitable area of the planet, Robot leads Will to a cave where he discovers the skeleton of an alien species. Will realizes this now-extinct race created the robots in their image and programmed them.

Eventually, with Scarecrow and Robot’s help, the Robinsons communicate and reunite. SAR follows and finds Will. He reveals that the robots killed their creators. And when Will tries to reason, SAR stabs him in the heart.

The family makes their way to Alpha Centauri, where Will is revived with a new artificial heart. SAR and his army arrive soon after with plans to annihilate the planet using the engine pod.

On the battlefield, Penny realizes that by helping the enemy robots, humans can change their programming. She and the others free dozens of robots, who then help in the fight against SAR.

What happened to Will and Robot in the finale of ‘Lost In Space’?

Knowing he can change the robots’ programming, Will takes Robot and Dr. Smith to their planet. The robots refuse to join the fight against SAR. Still weak from surgery, Will begins to deteriorate. Robot lays Will’s lifeless body down and cocoons it with his own. He puts his hand on Will’s heart and then withers away like dust.

A revived but sad Will takes Dr. Smith back to Alpha Centauri. He manages to slow SAR down with an encoded message. But SAR pierces Will’s heart again. This time, however, Robot has left a remnant inside it. And upon touching the heart, SAR transforms into Robot and turns off the engine.

Will and Robot are now space explorers

In the final scenes of Lost In Space, Penny narrates what happened after they defeated SAR. Everyone is happy and healthy and helping rebuild the colony on Alpha Centauri. And now free of their programming, the robots have gone their separate ways.

But Will reveals his interstellar work isn’t quite done. Over dinner, he asks his parents to let him head out on an exploratory mission with Robot. Then in the final moments of the series, Robot and Will find themselves on a new planet, gazing over the beauty of the landscape.

All three seasons of Lost In Space are streaming on Netflix.