With Christmas just around the corner, many people have already started getting in the festive spirit by watching Yuletide classics such as The Grinch, Elf, and The Holiday. Netflix has also been offering some fresh seasonal fare with The Christmas Chronicles sequel, The Princess Switch: Switched Again and Dolly Parton’s Christmas on the Square. However, others have been re-watching classics such as Love Actually – and with viewers living in the golden age of television, many are wondering if Richard Curtis’ beloved film could be getting the small screen treatment any time soon.

Will there be a Love Actually TV series?

Love Actually was a colossal hit around the globe when it was released in cinemas back in 2003 with audiences going in their droves to watch the saccharine romcom set around Christmas.

From the makers behind Notting Hill, Four Weddings And A Funeral and the Bridget Jones movies, the film was a quintessential British romcom with several interlacing stories of love set around Christmas.

The movie received countless accolades including getting two Golden Globe nominations and a BAFTA win for Bill Nighy.

Not only was Love Actually a critical success but a commercial one too, grossing an estimated £200million at the USA box office at the time. 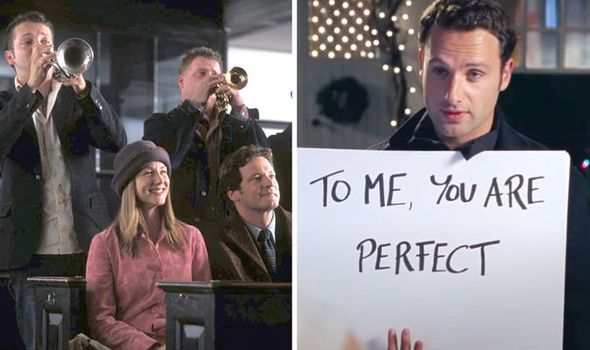 We will use your email address only for sending you newsletters. Please see our Privacy Notice for details of your data protection rights. Four Weddings and a Funeral season 2: Will there be another series?

The film has gone on to become part of the fabric of British culture now with Prime Minister Boris Johnson even recreating the famous placard scene as part of his 2019 election campaign.

Given the film’s success nearly 20 years on, it seems the appetite for Love Actually is still there with fans very much enamoured with it even now in 2020.

However, fans shouldn’t hold their breath for a television series after Curtis exclusively told Express.co.uk: “No, I don’t think so. I have thought about it.

“The funny thing about Love Actually that was not true about Four Weddings – Four Weddings was made for so little money that we basically just shot the film.” 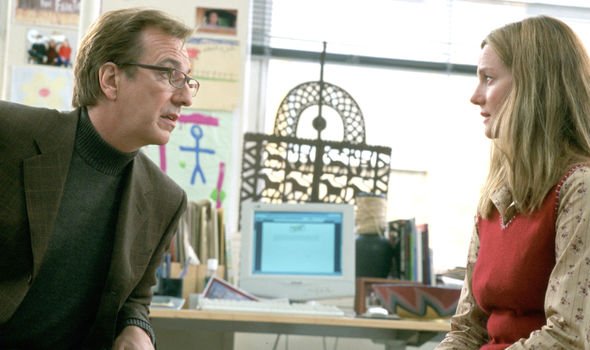 He went on to reveal the first edit of Love Actually had in fact been three hours long with the final running time coming in at two-and-a-half hours, saying they “just got away with it” in reference to the lengthy film and arduous editing process.

Curtis went on to say: “So I don’t want to put myself through that again. Telling a lot of stories is particularly tricky because when you edit it, it’s like three-dimensional chess.

So would he ever consider coming back to television full-time as so many big Hollywood actors, directors and writers have been doing in recent years? 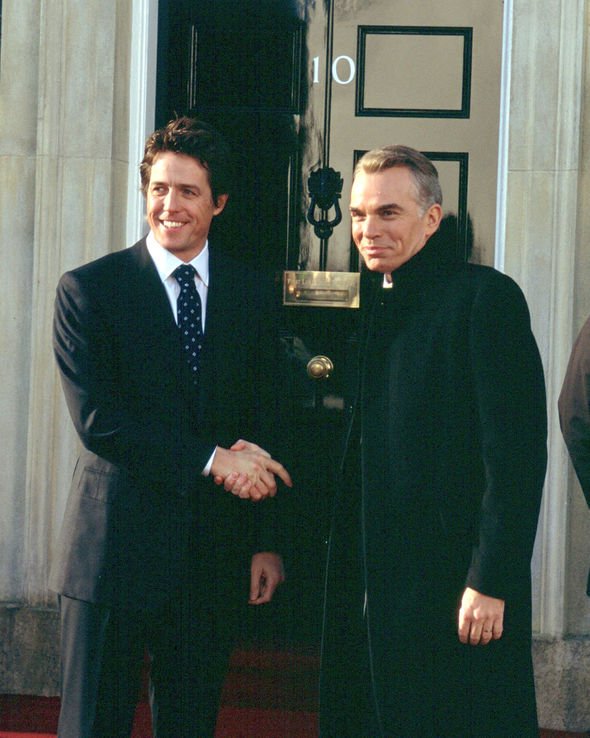 He explained: “I’ve always loved TV. The next thing I did after Four Weddings was The Vicar of Dibley.

“I’ve always loved the difference between shows and TV is kind of quicker and more fun in a way.

“Movies just take so long. I think I did 17 drafts of Four Weddings and so it’s nice to go back into TV where you can be a bit more relaxed.”

While it doesn’t sound like the star will be making a fully-fledged return, he has penned some lockdown Christmas episodes of The Vicar of Dibley with Dawn French reprising her iconic role.

He has also been working on a Zoom Cinderella Christmas pantomime for the BBC with Curtis trying to cast it at the moment and Oscar winner Olivia Colman taking on the role of the fairy godmother.

Other than this, Curtis seems to be fairly content being “semi-retired” with his focus on Comic Relief, working for the UN. He is now part of the Make My Money campaign, calling for people to invest their pension funds ethically.

Curtis’ words come as it’s been revealed Love Actually was the number one rewatchable Christmas film to revisit during the festive season.

Fans of Love Actually can even download and watch the seminal classic via the Google Pixel 5 mobile phone which has a new feature.

Google Pixel presents Mobile Cinema will be running from today until December 11, allowing users to find and download hidden movies from across the UK using 5G.

Using the Mobile Cinema, you can search Google Maps to find films hidden in different locations scattered all over Britain.

Once you’ve found a film, you’ll be given a code to access the movie and can rent it via Google Play.

Along with Love Actually, there will be dozens of other movies voted the most rewatchable as part of a poll by the British Film Institute.

Among some of the other titles, you can watch include Curtis’ other British romcom classic Four Weddings and A Funeral, Sense and Sensibility, The English Patient, A Clockwork Orange, and The Theory of Everything.