Lucifer season five is expected to be returning to Netflix later this year with its final eight episodes. However, while fans are waiting, many have been left wanting to know more about the cast of the series, including if there has ever been some romance behind-the-scenes.

Have any of the cast of Lucifer dated?

Fans of Netflix’s devilish series Lucifer will know it features a love story at its heart.

Since season one was first broadcast, viewers have been hoping Detective Chloe Decker (played by Lauren German) and Lucifer Morningstar (Tom Ellis) will get together.

In season five, the storyline finally happened as Lucifer and Chloe began dating after years of a blossoming romance.

As a result of the chemistry between the pair, as well as the other members of the cast, some have been wondering if the romance transfers into real life as well. 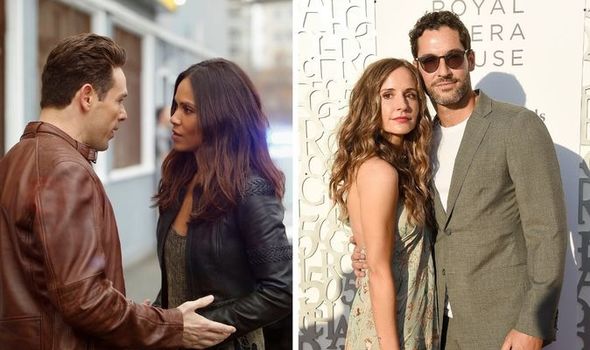 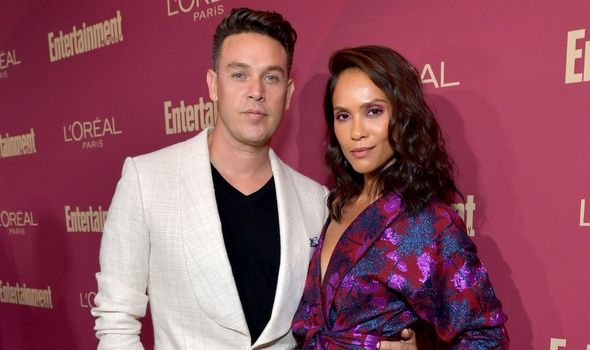 The two lead stars, Tom Ellis and Lauren German, have never been in a relationship.

German is seemingly single but tends to keep her personal life private as much as she can.

Ellis is happily married to writer Meaghan Oppenheimer after the pair tied the knot in June 2019.

This is the star’s second marriage as he was previously in a relationship with EastEnders star Tamzin Outhwaite. 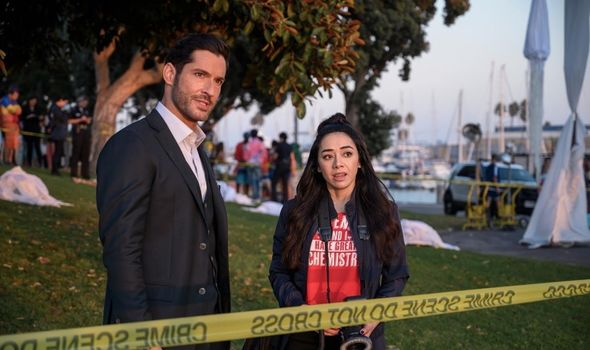 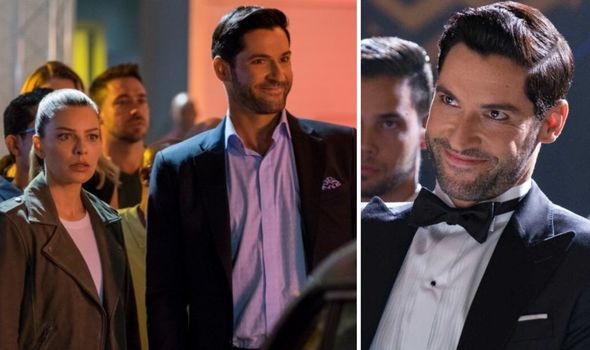 Ellis and Outhwaite share two daughters and Ellis also has another daughter from a previous relationship.

In fact, it does not seem like any of the cast of Lucifer are currently in a relationship or have dated in the past.

Maze star Lesley-Ann Brandt is married to actor Chris Payne Gilbert who has starred in shows like Dexter and Charmed.

While Rachael Harris, who plays Dr Linda on the show, is married to violinist Christian Hebel.

Detective Dan Espinoza star Kevin Alejandro also has a wife after he tied the knot with Leslie de Jesus Alejandro back in 2004.

They have one child together called Kaden Michael Alejandro and Leslie is also in the industry.

She is a director and while she hasn’t directed an episode of Lucifer yet, she did direct the short Adult Night.

This was a comedy film starring Alejandro and his Lucifer co-star Brandt released in 2020.

However, not all of the cast of the show are currently in relationships.

Amenadiel star DB Woodside was previously in a relationship with Golden Brooks but is currently single.

While Ella Lopez star Aimee Garcia also keeps her personal life to herself and is seemingly not in a relationship.

Despite none of the cast members of the show being together, there is still plenty of romance in the show.

This will be no different in the second half of season five, which is currently wrapping up filming.

During this, fans will see what is coming next for Lucifer and Chloe after the former failed to admit his love for the detective.

As well as this, Maze’s former crush Eve (Inbar Lavi) has been confirmed to reprise her role.

Finally, Ella might find love after all following her tragic storyline in the first eight episodes.

TV Line reported how new cast member Scott Porter will be playing LAPD officer Carol Corbett who will have a crush on Ella.

Lucifer season 5 part A is available to stream on Netflix now.