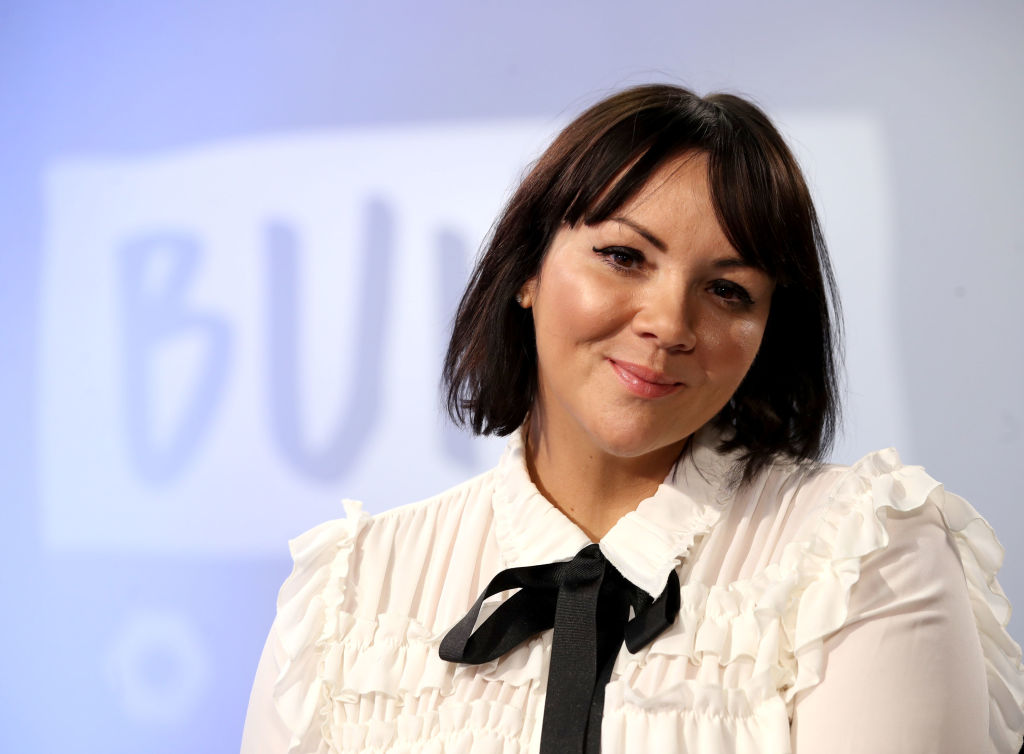 Love Actually actress Martine McCutcheon recently revealed the broadcaster axed a planned appearance on the family tree show, due to her ancestors.

The show has marked some wild family discoveries for some of the best-loved famous faces in the UK.

It was previously revealed Danny Dyer was distantly related to both Edward III and William the Conqueror, in some very eye-opening scenes.

However, a fellow former EastEnders resident wasn’t so lucky in getting to explore her family tree in more detail.

Tiffany Mitchell star Martine claimed she was rejected by the show after they’d done some digging into her family, supposedly finding it was full of ‘wrong’uns.’

She told Rob Beckett and Josh Widdicombe’s Parenting Hell podcast: ‘They called me and they were just really disappointed because there’s a load of mud huts and wrong’uns that [the BBC] just didn’t [want to] talk about.

‘They got all excited when they thought I would like to do it and then they called me and went ‘This isn’t going to work’.”

The show’s production team reportedly found out some of her ancestors had spent time in prison, which led to her being axed from the slot.

Martine also gave a bit of insight into her childhood, continuing: ‘I had to walk past a load of drug dealers on the frontline every day who had guns and drugs in the bottom of their prams.’

But the actress is very proud of her roots, adding: ’I still go back to where I’m from, still see my friends and family…

‘My brother’s still in the area, my stepdad and all his kids.’

‘When I go back to Bethnal Green they think I speak beautifully. They go “Don’t you speak nice now?”’ she joked.

Podcast host Josh recently had a surprise of his own on the show, having appeared on the latest series.

The Last Leg star found out he was related to none other than Henry VIII, through quiet scandalous means.

It’s thought his link to the king is through 13x great-grandmother Lady Catherine Knollys, believed to be a lovechild born through Henry’s supposed relationship with Anne Boleyn’s sister Mary.

Josh said of the unexpected news at the time: ‘To say it’s exceeded my expectations is the understatement of a lifetime.

‘I was just expecting a couple of farmers. It’s proper blue blood, isn’t it?’

Josh also discovered links to Edward I, who was King of England from 1272 to 1307 is his 23x great grandfather.

The BBC declined to comment when approached by Metro.co.uk.