With the MasterChef competition heating up, thoughts turn to the future of the BBC One show. Having been on screen for 30 years, the current presenters, John Torode and Gregg Wallace have discussed the changes they have had to make in order to film the current series and whether things will go back to normal post-pandemic.

Both presenters said that they are happy with some of the production changes the pandemic has brought, including not having to stand side-by-side, getting their own plate of food and not having to share a dressing room.

John added: “I don’t know if Gregg and I will ever stand side by side again. It doesn’t seem to make much difference and for the cameras, it might be easier.

“Although it might help fuel that lovely gossip that Gregg and I aren’t actually standing in the same room together.”

The two are usually seen standing side by side to taste contestants’ food and deliver their verdict on the dish. 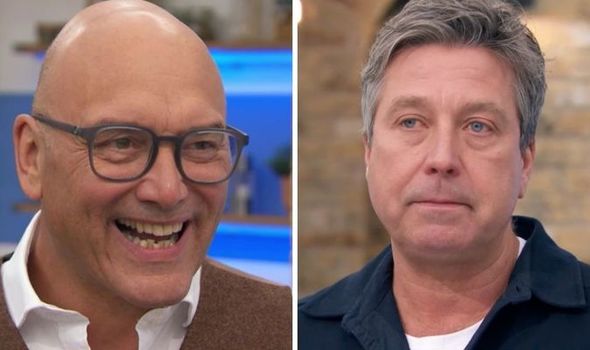 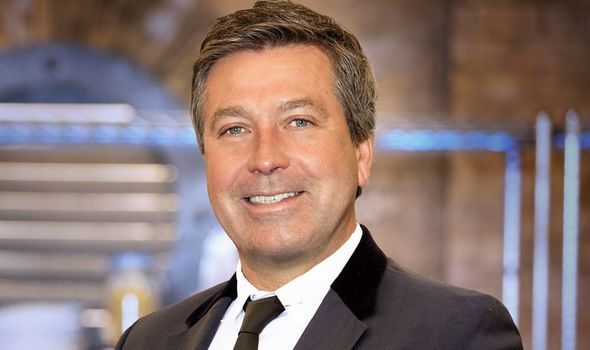 But with social distancing still in place, the latest series see them with a two-metre gap.

It took viewers a while to adjust to this, as the judges are always usually seen together.

The contestants also remain at a distance in order to decreases the chances of spreading Covid-19.

While some competition shows such as The Great British Bake Off have seen contestants and judges form a “social bubble” and live together, others have been able to continue with extra guidelines adhered to. 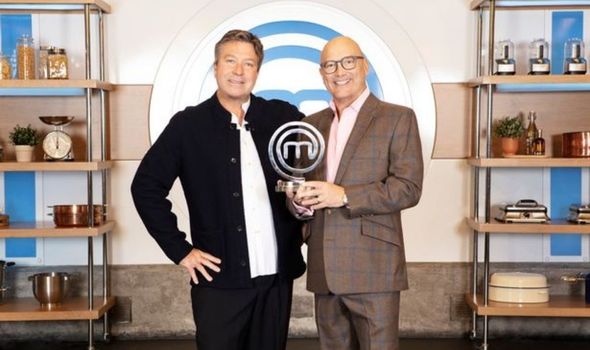 Earlier this week, viewers tuned in to see the semi-finalists of the 2021 MasterChef series divided into two groups, where they cooked in a professional kitchen.

Tomorrow, the semi-finals continue as the second group of amateurs compete for their place in the final of the show.

John and Gregg have been presenting MasterChef for years, starting back in 2005.

The show is always a hit with viewers, raking in a consistent audience who enjoy following the contestants’ journeys and gaining some skilled cooking tips.

They have since entertained viewers with their brutally honest comments in their quest to find the best cooks in the country.

While John also appears on ITV’s This Morning in the kitchen as well as pre-recorded segments, he recently admitted he wouldn’t take part in a reality show.

Gregg took part in Strictly Come Dancing previously and John said on him signing up: “They asked me – I’d love to dance. But I’m not doing it.

“I’m not going to put myself under that sort of pressure. It’s not something I want to do… definitely not!

“I’m very happy to be on MasterChef and be part of a great production. I just don’t want to be competing on a television show,” he told The Daily Star.

Series 17 of the reality show has seen the 40 original hopefuls whittled down each episode, and this week will see one person crowned winner.

Last year, Thomas Frake impressed the judges enough to cook his way to the final and eventually collect the trophy.

The 33-year-old is now associated with cooking site Finish and Feast, which partners with the top UK restaurants and chefs to bring an array of different dishes to customers.

In the final alongside him were David Rickett and Sandy Tang.

MasterChef continues tomorrow on BBC One at 9pm.