Good Morning Britain hosts Richard Madeley and Kate Garraway addressed the criticism from Nigel Farage about the royals on the show this morning.

Mr Farage claimed Prince Harry had “fallen off a cliff” following his marriage to Meghan, while lashing out at Prince Charles and the Queen Mother.

Giving his own opinion about new parents Meghan Markle and Prince Harry, Richard said he felt the pair have fallen out of favour with the public.

He added he believes the former Suits actress has “stepped into a snake pit” by joining the Royal Family and will have had to learn very quickly how to be part of one of the most famous monarchies.

Richard explained: “Isn’t it extraordinary how the honeymoon with the public that Harry and Meghan had has faded so quickly.

“Pretty much in a year, it’s gone.

“I think she’s going to have to learn pretty sharpish how to play the odds down there because it’s a rough old world in the Royal Family when you’re that high profile.”

But Richard gave credit to Meghan saying he felt she was becoming used to her role as a role.

“It will get better for them,” he insisted. 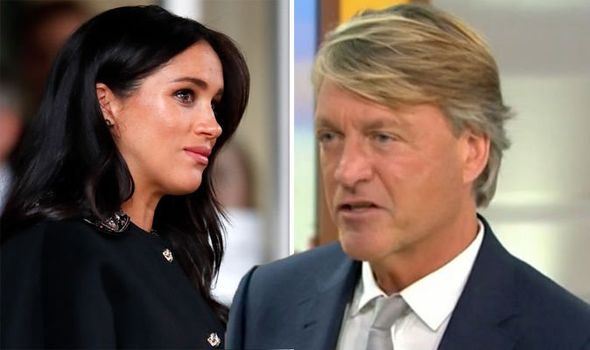 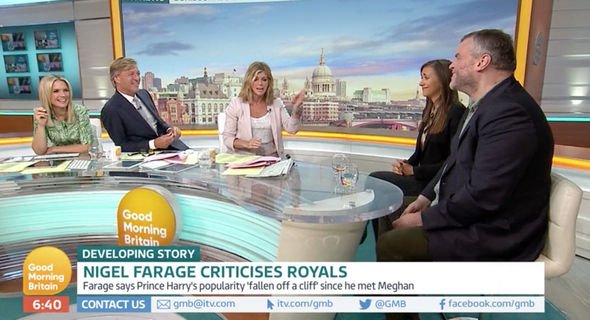 Speaking at conference in Australia earlier this week, Mr Farage said: “Here was Harry, here was this young, brave, boisterous, all male, getting into trouble, turning up at stag parties inappropriately dressed, drinking too much and causing all sorts of mayhem.

“And then, a brave British officer who did his bit in Afghanistan.

“He was the most popular royal of a younger generation that we’ve seen for 100 years.

“And then he met Meghan Markle, and it’s fallen off a cliff.”

In other royal news, author Matt Haig who inspired Meghan for her September British Vogue issue revealed he “ghosted” her. 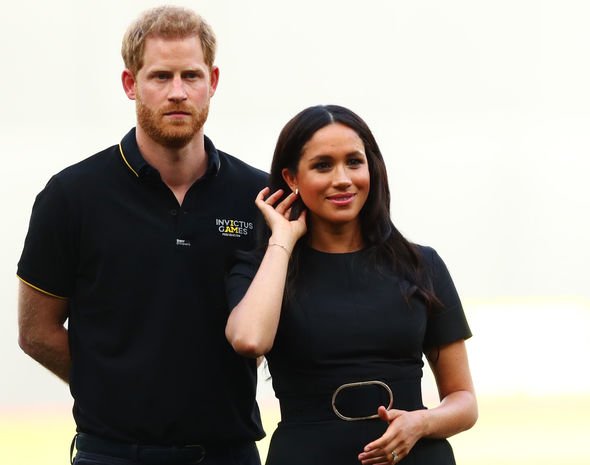 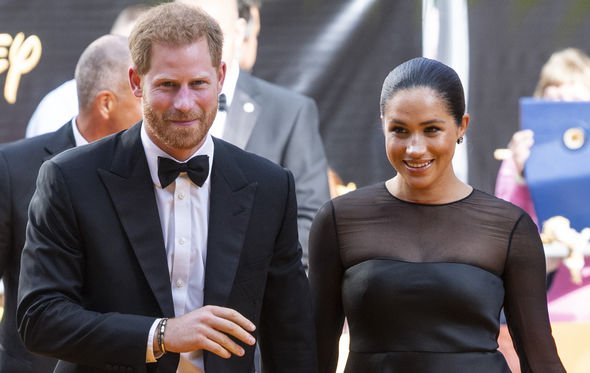 Speaking on This Morning yesterday, Matt revealed he’d unintentionally dodged a phone call from the royal.

The writer claimed he was on holiday in France when he received the call but because he was “out of office”, he chose not to answer.

He explained: “I was on holiday in France at the end of July and I had an email from my publisher saying ‘the Editor of Vogue would like to have a phone call with you’.

“And I was thinking that’s very nice but I’m on holiday and there’s a swimming pool there.

“I had the auto-response on my emails. So I think I actually ghosted Meghan Markle.”

Good Morning Britain airs weekdays on ITV at 6am.