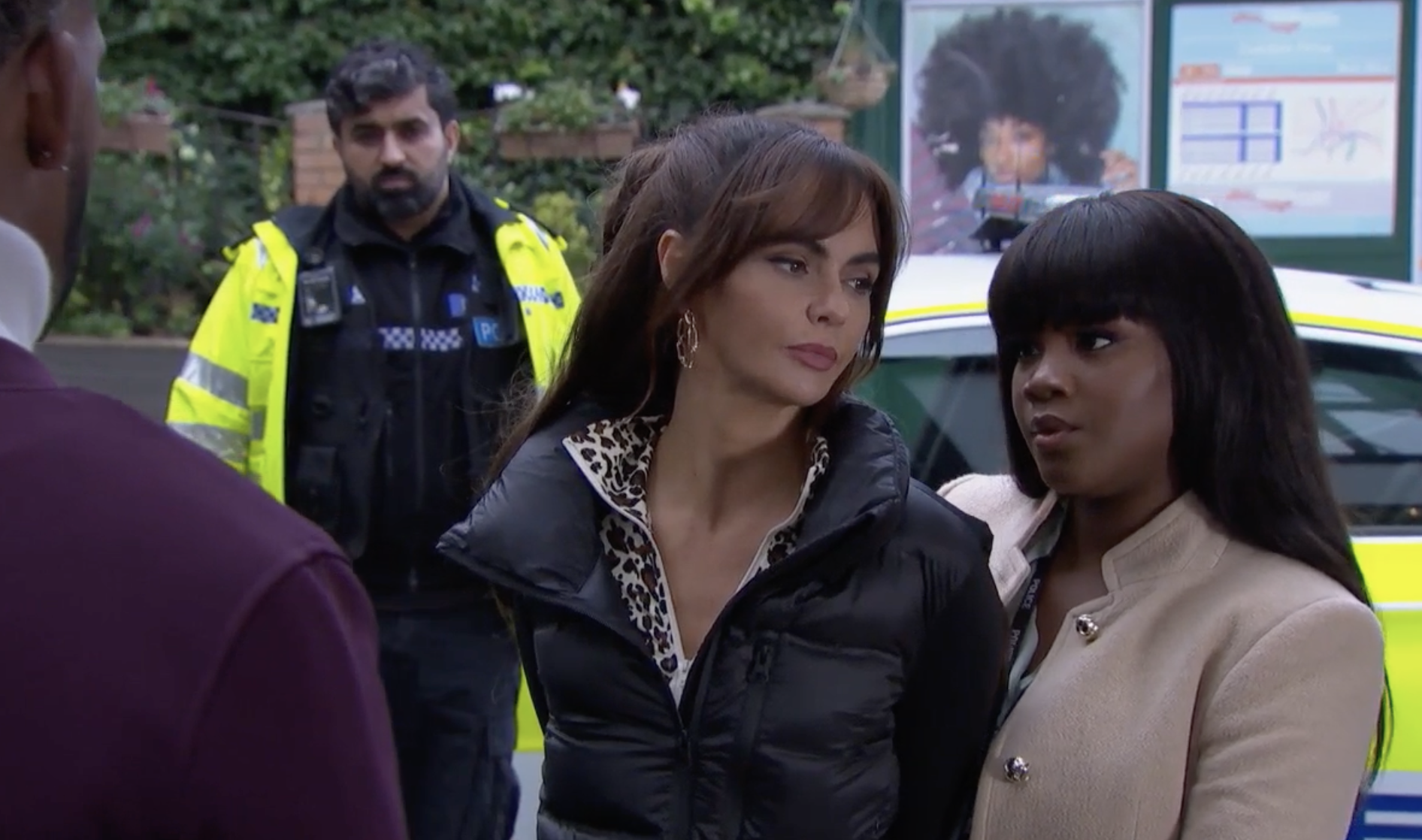 Mercedes McQueen (Jennifer Metcalfe) could be facing serious jail time in Hollyoaks after she was arrested on suspicion of assisting son Bobby Costello (Jayden Fox) of covering up his crimes.

Bobby, as viewers know, was responsible for the death of three villagers last year.

He left stepdad Sylver (David Tag) to die in a fire, pushed serial killer granddad Silas Blissett (Jeff Rawle) to his death on an electrified chessboard and murdered Verity Hutchinson (Eva O’Hara) in her office by crushing her with a bookcase.

The first two crimes he has been arrested for, in addition to the fact that he tried to murder DeMarcus Westwood (Tomi Ade) at Christmas.

Mercedes has struggled to come to terms with her son being taken into police custody, and blames Felix (Richard Blackwood) for turning him in.

Felix, however, made a discovery in Wednesday’s (January 11) edition of the serial drama that got him back in Mercedes’ good books, after he snooped in Zoe Anderson’s (Garcia Brown) little book to find that the police were intending to arrest the former landlady – believing that she had assisted Bobby during his killing spree.

The mechanic relayed this information to a stunned Mercedes – and even offered to help her get out of the village undetected – but his efforts ultimately proved fruitless.

Zoe arrived in a police car and removed Mercedes from her getaway car, informing her that she was under arrest.

Mercedes kissed Felix before being taken away in the back of a police vehicle, hinting that that spark between the former lovers is still very much alight, but the big question is: will she go to jail?

What’s more, will Bobby go to prison for what he’s done? And will the truth about Verity’s untimely demise finally out?

Hollyoaks continues Thursday January 10 at 7pm on E4 or stream the next episode from midnight on All4.