For Johnson, the role is another colorful character in a string of many of them. Best known to audiences for portraying Nick Miller on “New Girl,” “Minx” was an opportunity for Johnson to play a character that didn’t fall into a clean category, while also hearkening back to a 1970s retro-cool persona that doesn’t seem to be around much anymore. “[Creator] Ellen [Rapoport] posted something today about on the Wall Street Journal, they were talking about men dressing like the ’70s, and that skeezy guy from ‘Minx,’” Johnson told IndieWire via Zoom.

Johnson went on to discuss the series, acting opposite Lovibond when the camera wasn’t rolling, and how he feels about the series’ use of nudity. This interview has been condensed and edited for clarity.

IndieWire: What initially struck you about the series and your character Doug?

Jake Johnson: The writing. Ellen’s writing was so clear, not just with Doug, but with everybody. When I started reading the script there’s a certain way you judge a script as an actor because, at least for me, I’m thinking about what I have to do; I’m thinking about it like a day job. And by page four I had forgotten that I was being offered the role and I was just reading a script somebody wrote. I could see what she was doing, and you could imagine the sets, and the vibe, and the tone, and the music. I just got lost in it. I enjoyed it the way people who watch the pilot and watch the show enjoyed it, and I thought, “Oh, shit, that’s a really good show. I want to be in that show.”

What was your process in finding out how to play him? Did you see him as a hero or villain? 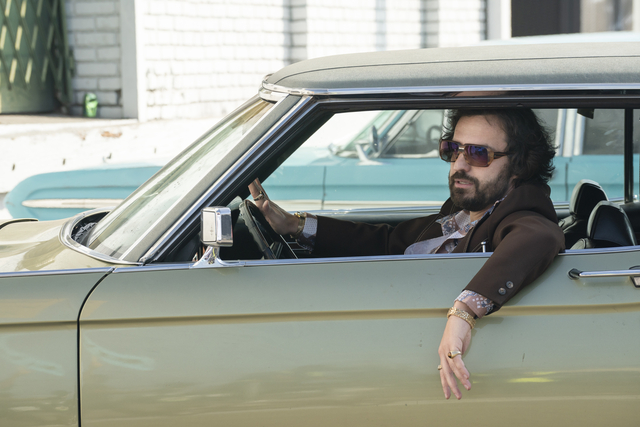 I loved, in the pilot, the scene at the diner when he’s talking about Richie (Oscar Montoya) and the models. He’s just about a buck, and he could end up being a user and a sleaze, but when she [Lovibond’s Joyce] goes to his house, and says, “I didn’t imagine you live here,” and he said, “I was wanting to live in a place like this as a kid and now I do,” I realized, “Oh, he’s just living out his dream. He’s not trying to hurt people.” He just didn’t have the resources to do other things. He didn’t have the childhood that was going to lead him into being a doctor, so he had to make it work. He’s a grinder and this is what he’s doing. So I thought, “All right, this guy’s more gray than black and white.” That’s something that really attracts me.

Ophelia said you and her would often spar as your respective characters. Can you talk about that process?

It’s to find motivation and, for me, it was to help define who my character was. Because if you think your character is wrong and an idiot, there’s a [part] that’s going to play that character like you’re smarter and better than them. I think audiences, especially nowadays with streaming, are so smart. So if you’re playing a character, and you are so much greater than Doug, then the audience is greater than Doug. So what was really fun about the show was Ophelia was 100% Team Joyce. She thought Joyce was so great, so smart, and so righteous, and I thought Doug was so great. I thought Doug’s moves were really good for business. So, in between takes we would have moments where I would look at her and go, “That was a pretty smooth move by Doug” and she’d be like, “Oh, you are just the worst.” That fun of doing the off camera stuff for me is the glue that holds things together in a scene. 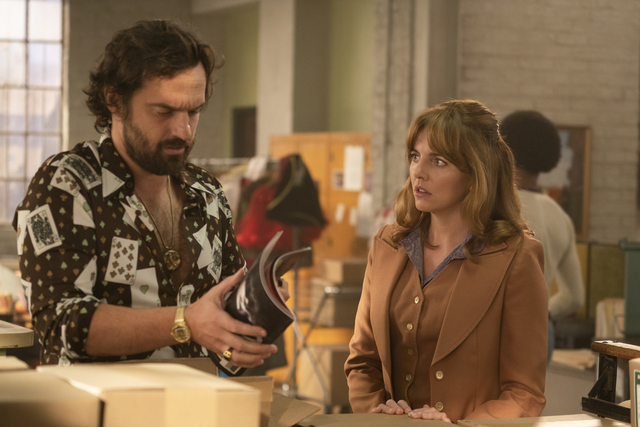 There’s this song called “Fantastic Man.” It’s a 1970s disco, kind of techno, song from Africa and the chorus is “I’ve been telling you how good you looks so please, please tell me how good I look” [and] she sings “You look so good, fantastic man.” I played that song on a loop during Episode 8, the Dick Cavett show. So whenever we were around each other I’d take it out and play it just so she’d [Ophelia] be like, “You are just the worst” because no, Doug is a fantastic man and he’s creating all this. He put her on this show. He’s getting her big stars, like, just tell me once, how good do I look?

Both Ellen and Ophelia had different responses to the show’s use of nudity. Playing the head of Bottom Dollar, how do you look at the nudity in the series?

Honestly, especially these days, I would feel uncomfortable if the scene was about a woman with the biggest breasts in the world, right? I’d be very cautious, as a man, of what I could joke about and what I couldn’t joke about, and where the zone was. It would put me in a place where I wouldn’t really want to do that scene. But with Austin [Nichols] and his dick [in Episode 9] I didn’t care about objectifying him. I was able to do the scene the way I, comedically, felt I would do the scene. I’m not uncomfortable. It’s just nudity.

That was one of the most fun scenes I shot all season because it was so different than any scene I’ve ever shot. I was doing coverage. There was a naked guy and six naked women and you feel, when you’re shooting, all that tension that is happening with the nudity, with the crew, seeps into the air. So, all of a sudden, you’re walking in and they all take their robes off. I don’t care how professional you are, the air changes. Nobody wants to look, but it was so big you couldn’t help but look and I was like, “Oh, this is such a exciting way to do a scene.”

“Minx” Season 1 is available to stream on HBO Max.