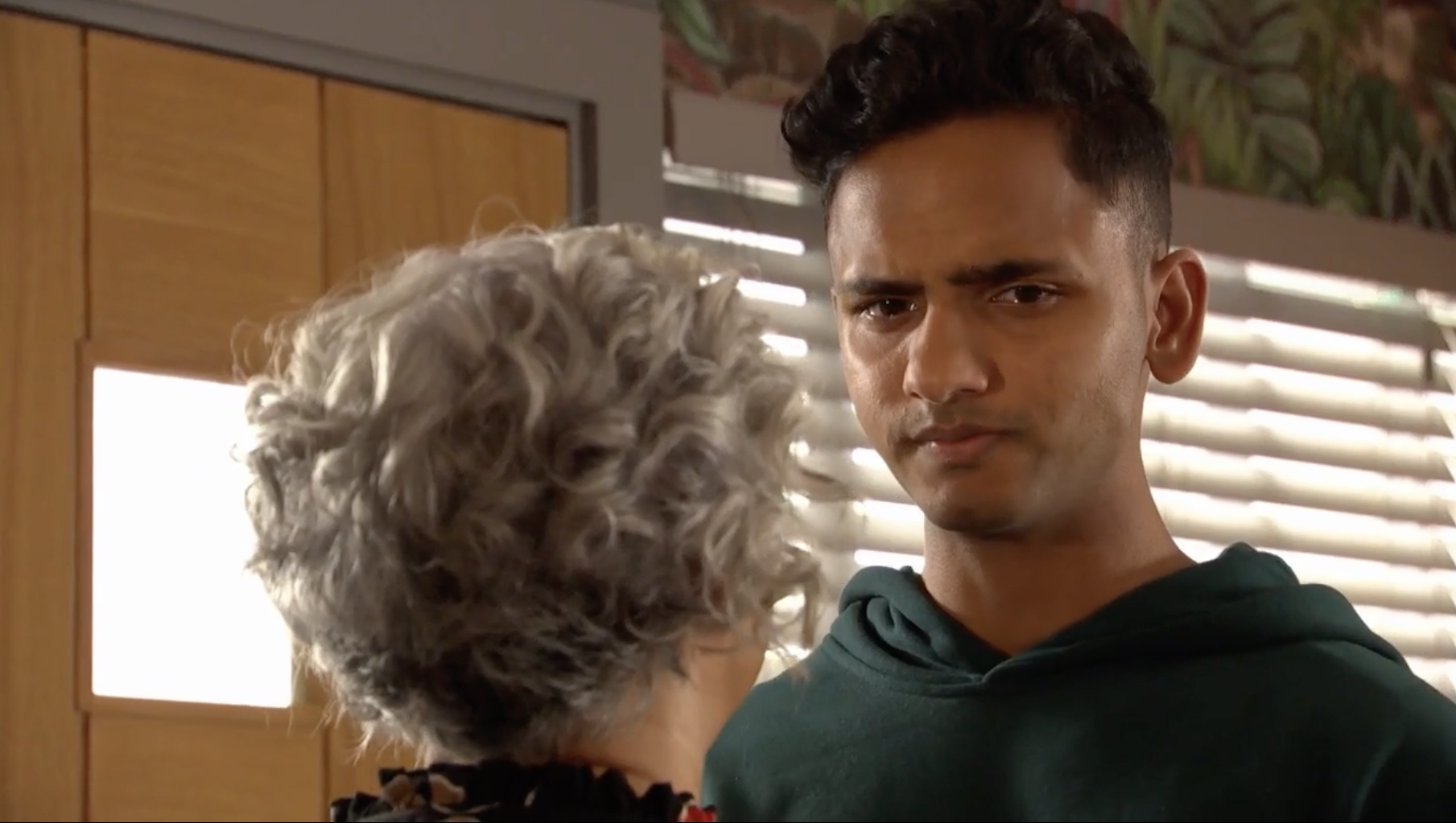 Misbah Maalik (Harvey Virdi) was on a mission to get Imran (Ijaz Rana) the best possible care in Hollyoaks, and she put her job on the line in order to do so.

Imran, as viewers know, is battling an eating disorder, something which Misbah discovered for herself several weeks ago, after he collapsed and ended up in hospital.

The chef has struggled to come to terms with what he’s going through and has refused help from his loved ones, who have been incredibly worried about his well-being.

Thursday’s (November 17) edition of the Channel 4 soap saw Imran decide to return to work after an article in the local newspaper praised his culinary skills, but Misbah was worried that he wasn’t up to it and thus decided to have a word with Tony Hutchinson (Nick Pickard), who agreed to let Imran go.

Imran found out what his mum had done and he was left incredibly upset, before heading to the gym where he proceeded to work out.

Misbah tracked him down and reiterated that he shouldn’t be working out right now and, in a heated moment, Imran lashed out – raising his fist to his mum.

Imran was horrified at his own actions, remembering that he promised to never hit Misbah again, and subsequent scenes saw him apologise, before admitting that he’s got an eating disorder and asking to be admitted to hospital.

Misbah wrapped her arms around him and promised to support him, but she was left in turmoil when Doctor Lewis revealed that Imran would have to go on a waiting list for in-patient care.

As the episode reached a conclusion, Misbah could be seen secretly editing her son’s medical file on a computer, writing that he was in ‘urgent’ need of in-patient care.

Will she succeed in getting Imran the help he needs? Or will her actions come back to haunt her?

Hollyoaks continues Friday November 18 at 7pm on E4 or stream the next episode from midnight on All4.