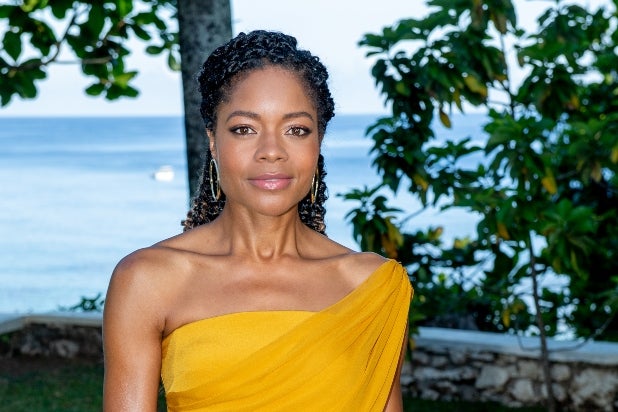 Naomie Harris will join Chiwetel Ejiofor in Showtime’s series adaptation of “The Man Who Fell to Earth,” the premium cable network announced Tuesday.

The series, based on Walter Tevis’ 1963 novel and the 1973 film adaptation starring David Bowie, follows an alien who arrives on Earth at a turning point in human evolution and must confront his own past to determine our future. Harris will play Justin Falls, a brilliant scientist and engineer who must conquer her own demons in the race to save two worlds.

The project, previously in development at Paramount+, will begin production later this year for a 2022 premiere on Showtime.

Alex Kurtzman and “Star Trek: Discovery” vet Jenny Lumet write the seires, with Kurtzman also directing. John Hlavin will serve as showrunner alongside Kurtzman and Lumet. The project is produced by CBS Studios in association with Secret Hideout and Timberman/Beverly. StudioCanal owns the rights to both the book and the film.

“To be working with an actor of Naomie’s caliber is an absolute dream,” Kurtzman, Lumet and Hlavin said in a statement. “Her strength, her complexity and her bold artistic choices are an inspiration. We couldn’t be more thrilled to have her on board.”

In the first adaptation of “The Man Who Fell to Earth,” Bowie starred as the alien Thomas Jerome Newton in the Nicolas Roeg-directed film; it was Bowie’s first starring film role. Kurtzman had previously told TheWrap that the new version would not be a straight remake, rather a sequel; for starters, Ejiofor will play a different alien than the one Bowie played in the original film.