National Lampoon’s Christmas Vacation is the third installment of the Vacation film franchise. Jeremiah S. Chechik directs a screenplay written by John Hughes. The story follows Clark W. Griswold Jr. (Chase) and his family enjoying Christmas festivities from their home. Their relatives begin to show up to celebrate the holidays, as a series of wild antics unfold.

National Lampoon’s Christmas Vacation was the highest-grossing film installment until 2015’s Vacation. Nevertheless, the Christmas comedy is now a holiday favorite that many folks watch every year. It has a lot of big holiday-inspired laughs that poke fun at the family time spent around Christmas time. Chase’s performance is a particular highlight of this comedy. 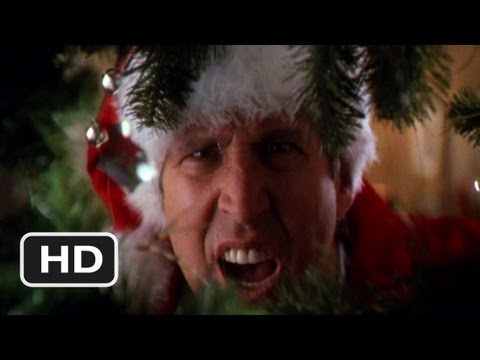 The Asbury Park Press newspaper reported on Chase’s experience filming National Lampoon’s Christmas Vacation. He explained how one of the most common questions he’s asked is involving the snow in the film. Chase revealed that all of the snow in the movie isn’t real.

“The answer, of course, is no,” Chase said. “I hate to say it, but the very first thing we shot was the tree. That was snow, and we did get Randy [Quaid] and me on a hill that was in Colorado and I did have to go down this damn trail they built for me. It was scary, but it was fun.”

However, he painfully broke his finger during the infamous Christmas lights scene, where Clark starts hitting all of the nearby holiday decorations. “That wasn’t in the script, but I was so angry I did it,” Chase said. “Oh, boy did that hurt. I thought it might melt or something, but no, it was a good, hard plastic.”

Chase is a professional and didn’t allow it to ruin the scene. “I just went on with the scene,” Chase explained. “These things happen. You have to be strong.”

National Lampoon’s Christmas Vacation will be on a lot of televisions around the world this Christmas season. There are several ways to watch the movie, including renting or purchasing it through digital retailers, such as Apple TV and Amazon.

However, National Lampoon’s Christmas Vacation is also available to stream with certain subscription services. The movie is included on HBO Max, AMC+, and DirecTV. Fans can enjoy the movie across several different platforms for this holiday season that will undoubtedly get plenty of play.