NCIS fans listen up! A major episode event is taking place on Monday night between three branches of the beloved franchise and it is not one to miss.

In the past, fans have been treated to similar crossovers in the past such as the Law & Order three-way crossover, and now its NCIS‘ turn once again. Excited? So are we. Here’s all you need to know about the upcoming TV event that everyone is going to be talking about…

When will the NCIS Crossover episode air?

The NCIS crossover event will air on Monday 9 January at 8/7c. It will involve a three-hour marathon from three different shows: the original NCIS, NCIS: LA and NCIS: Hawaii.

Vanessa Lachey will appear in the crossover episode

Amy Reisenbach, a boss at CBS, said in a statement: “We are so excited to finally have the long-awaited, first-ever NCISverse crossover to share with our passionate, loyal viewers.

“They came up with a thrilling story for this epic three-hour event that creatively brings all three NCIS teams together for fans to enjoy in one night and beyond.”

What can fans look forward to in the NCIS Crossover?

It’s safe to say the epic episode is not going to be short on the drama! The official synopsis reads: “Team members from the different NCIS divisions come together in Washington, D.C., to celebrate a beloved FLETC professor who taught multiple members of each of the squads. 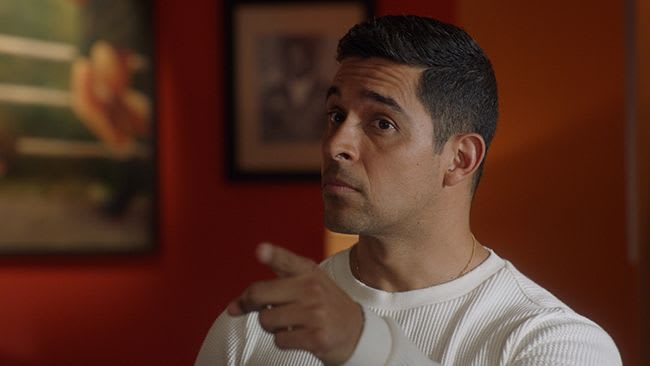 Are you excited for the episode?

“On the eve of the celebration, the professor is found dead of an apparent suicide, though his former students immediately suspect foul play. While investigating the prof’s past, the agents uncover a mysterious hitman, and the more they dig into it, the bigger the targets on their backs become.” Juicy!

What else is there to know about the NCIS crossover?