Smith was with the show since Season 2 in 2010, and Foa had been a regular since the freshman season. Both made irregular appearances on the procedural during the past two seasons, however. 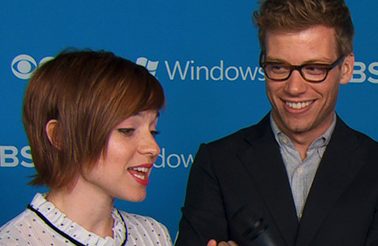 Titled “A Tale of Two Igors,” the season-finale episode saw Beale make an interesting offer to Jones. He landed financing for an international headquarters of his tech company to be built in Japan and asks her to join him as operations manager. While Jones ultimately declines the job offer, she does leave with him — though she hints at a possible return.

“Both Renée and Barrett have been on the show a long time, and they’re both very ambitious individuals who have projects that they want to do on their own — and we’ve been giving them time off to do so,” EP and showrunner R. Scott Gemmill told Deadline’s sister site TV Line. “It seemed like a natural time to let them go off and do some other things, and give [their characters] what is a happy, hopefully, ending.”