The drama yesterday emerged as a target for the streaming giant. It wants to tempt creator Heidi Thomas to jump ship with bigger budgets, more episodes and global audiences. Ms Thomas last week said numerous bids had been made to lure her from the BBC, but she has so far resisted.

However, an industry insider said: “The hour-long format of the programme and its huge viewing figures make it an irresistible prospect for Netflix.”

Call the Midwife follows nurses in the East End of London in the 1950s and ’60s. It attracts eight million viewers a week and has run for 10 series.

Another is in the pipeline with two more commissioned by the BBC. Losing the show – which stars Helen George and Jenny Agutter – would be a major blow to the Beeb. 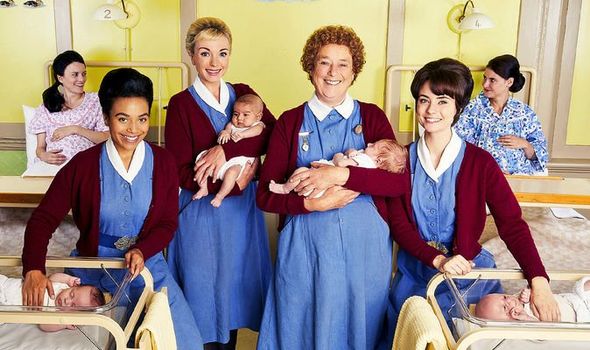 Heidi has said lavish Netflix budgets on The Crown left her feeling, “like a poor relation”.

But she also ridiculed producers who have said to her, “I think we can do 30 episodes”.

Last night, a Netflix source declined to be drawn on the possibility of securing the drama.