With Guillermo del Toro’s go-to composer, Alexandre Desplat, unavailable for “Nightmare Alley” because of the pandemic lockdown, the director turned to Nathan Johnson, and the “Knives Out” composer responded with a cutting orchestral score built around Bradley Cooper’s ruthless con artist Stanton Carlisle.

Johnson began with a single, repeating piano motif, representing Carlisle, who re-emerges from personal tragedy in 1939 to start anew as a New York carny grifter. The music then escalates with variations on a theme throughout Carlisle’s rapid ascent two years later as a high society nightclub psychic.

As Carlisle becomes more obsessed with fame and fortune, torn between two women (Rooney Mara’s innocent Molly and Cate Blanchett’s sophisticated Lilith), the score takes on greater string dissonances, augmented by jagged piano lurches usually associated with hip-hop. It was all part of the composer’s ambitious experiment in free-style modernism.

“I came in toward the end and Guillermo sent me the picture and I watched it dry,” said Johnson, who was struck by the single-minded fatalism of the story (based on the novel by William Lindsay Gresham, and previously filmed by Fox in 1947). “Guillermo’s doing something here that we don’t see that often. Western narrative is all about a character arc. But this was [a gut punch] about Carlisle’s obsession. And if we have invested ourselves in that, then that gets to be a punch for us as well.”

After watching the first five minutes, Johnson was stunned. “[Carlisle] just keeps pounding, he keeps hitting, and in my mind I realized this needs to be an incessant piano note. It’s the first thing we hear and it plays through the entire film. And he becomes this carny, he starts manipulating people. This guy puts on masks with everyone he interacts with. And so the score begins layering it, and there’s this repeating A note on the piano. We start bringing in all of these other textures and layers and some of them are rubbing right against it. The B flat pushing that minor second harmony against it. Some of them are resonant and harmonic, but by the end of the movie we strip it all back down and we’re left again with that single note. In essence, that piano note has been punching throughout the entire movie without changing.” 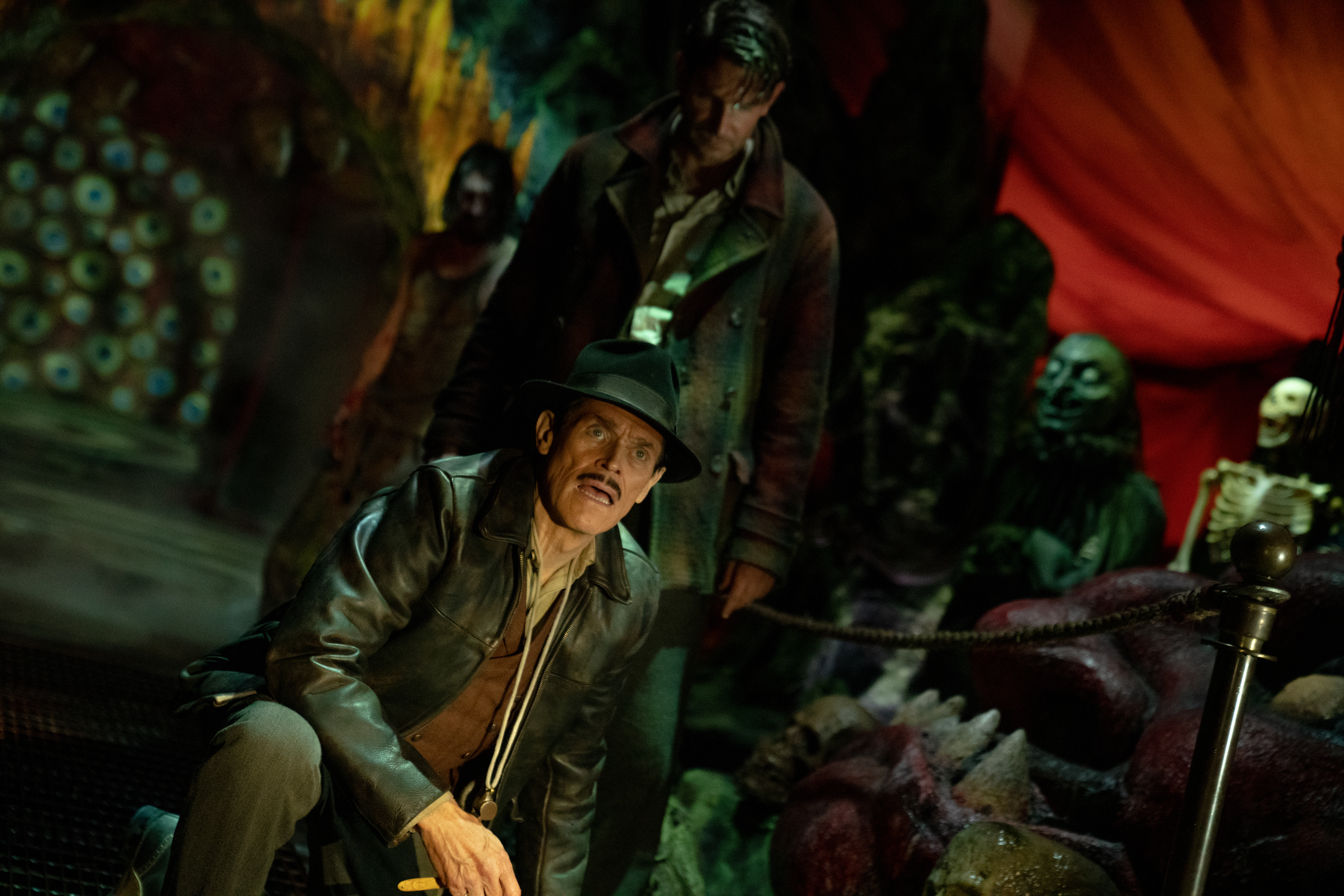 Joined by del Toro for weekly studio visits, the two meticulously shaped the score using Johnson’s memorable themes and wide open harmonies. “We didn’t talk references, there was no temp music, we had a lot of talks about the characters and their journeys,” Johnson continued. “I think he felt like I understood what the story was that he was trying to tell. Starting from that baseline, then it became really easy because the story dictated what the music was going to be. We shut out the world of noir, and I got to dive right into what he created.”

Instinctively, Johnson kept the textures of an orchestral score, recorded at Air Studios in London, so clearly there was no room for synthesizer. “At the same time, ‘Lilith’s Theme’ has this piano lurch groove, and when you listen to that you’re never going to think hip-hop,” he said. “But that lurch is something that pushes against and pulls behind the beat.  It’s never constant, there’s something off about this, and that’s what I like in modern music and in classical music. 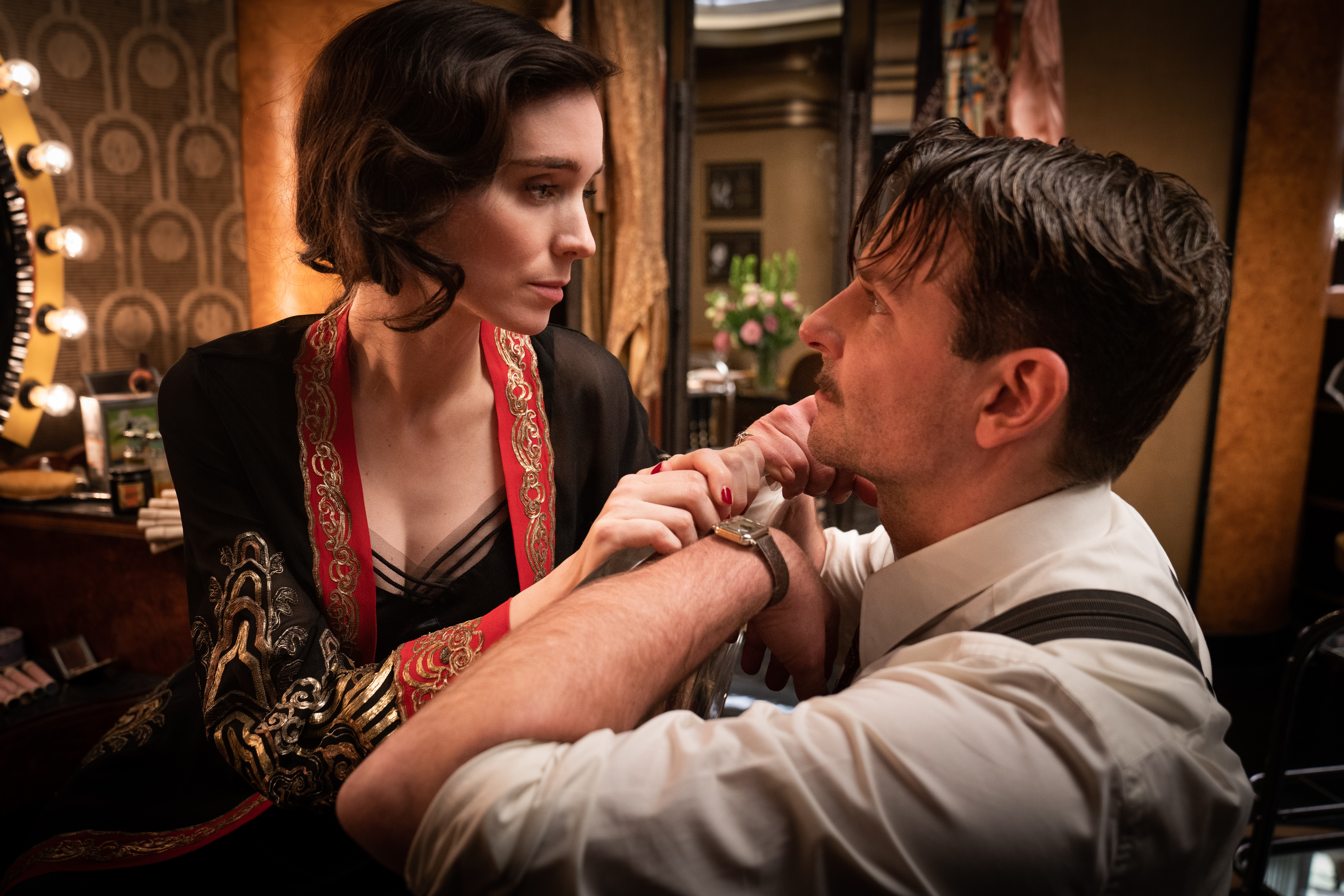 “It’s when we take beauty and simultaneously combine it with ugliness,” added Johnson. “And that’s what this score got to be: finding these beautiful melodies but sandwiching them on top of these dissonances, so, even with the beauty of Lilith, there’s something under the surface where we just know there’s a power here and maybe a danger. And what’s going to happen when that’s reacting with this repeating note that won’t let go? What’s going to happen when that dives into this symphonic power?”

Yet Johnson sometimes struggled with tone. There’s one fatal scene where the composer and director had a disagreement. Was it accidental or was it intentional? After taking a first stab at the scene, del Toro asked for it to be darker. They eventually landed on more ambiguity. “There’s a sadness there,” Johnson said. “Guillermo’s doing something on a bigger level here that I don’t see happening very often.”

For “Molly’s Theme,” del Toro didn’t want a love theme but wanted Johnson to break his heart, because she’s so fragile. “It was a very simple melodic motif that we turned up and down the dial,” he said. “The thing I always thought was interesting was we view these women that enter Stan’s life through his eyes. And so when Stan takes his love or his attraction to Molly, that begins to change when he transitions to Lilith. We steal ‘Molly’s Theme’ there as well, and that underlines Stan’s character. He’s a bad dude. He doesn’t view the world with empathy, it’s all where he’s going and taking what he needs from anyone he’s interacting with.”