Nish Kumar has stepped down as the host of Late Night Mash shortly after the comedy show was picked up by Dave.

The comedian announced the news in a video on Twitter, saying: ‘Hi, Nish Kumar here. I hope you’ve enjoyed this latest series of Late Night Mash.

‘Sadly, it’s going to be my last as host. I’ve loved being part of this show. But I’ve made the difficult decision to step down and spend more time with my emotional problems.

‘Thank you to everyone at Dave, everyone who’s worked on the show, and especially everyone who watched it. It’s been the longest I’ve ever stayed in a job, mainly because the uniform is nicer than that of Croydon WH Smith’s.

‘I can’t tell you what’s next for me, but let’s say I’m going to be spending quite a lot of time in a phonebox. That’s right, I’m the guy who puts those sexy cards up!

‘In all seriousness, thank you so much for watching me and supporting the show and I guess all that’s left to say is, ’til we meet again guys!’ 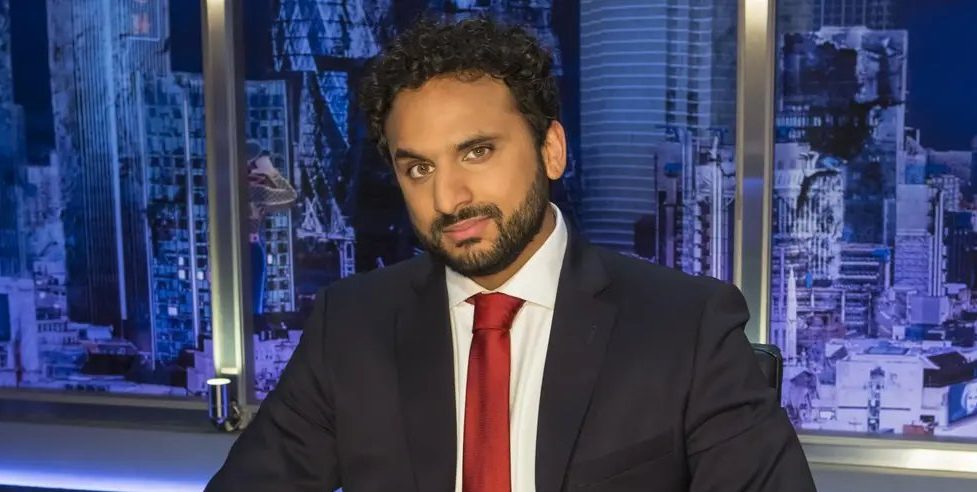 Dave added to Metro.co.uk: ‘Nish has been an incredible host of Late Night Mash.

‘We’d like to thank him for being part of the show and we look forward to working with him on more projects. The future of Late Night Mash on Dave will be decided in due course.’

Nish is stepping down after The Mash Report was cancelled by the BBC, with it recently returning to Dave with its new name, Late Night Mash.

Late Night Mash’s predecessor, The Mash Report, first began in 2017 and was inspired by satirical website The Daily Mash.

The original version ran for four series and last aired in April and May last year, with its cancellation being announced in March 2021.

A BBC spokesperson said at the time: ‘We are very proud of The Mash Report but in order to make room for new comedy shows we sometimes have to make difficult decisions and it won’t be returning.

‘We would like to thank all those involved in four brilliant series and hope to work with Nish Kumar, Rachel Parris and the team in the future.’

The show was quickly picked up by UKTV’s Dave and consisted of eight one-hour long episodes as well as a best bits compilation.

Nish told Radio Times: ‘Everybody has jumped at the chance to come back. I think that speaks to either the deep, abiding affection and professional respect we all have for each other, or the fact that we’re all fundamentally unemployable.’

He added: ‘Around February, [producer] Chris Stott called me and said, “Dave have been in contact with Zeppotron about possibly doing Mash again – would you be up for it?” I didn’t have anything else to do, so I said yes.’

Late Night Mash airs on Dave from 10pm on Wednesdays.