NOEL GALLAGHER’S split from wife Sara MacDonald sent shockwaves through the showbiz industry – but those who know the pair well are a little less surprised.

I can reveal that the couple — married for 22 years — have been on the rocks for a while and pals wonder if the trouble peaked when ex-Oasis star Noel went on a bender at Glastonbury Festival last summer, after his triumphant performance on the Pyramid Stage. 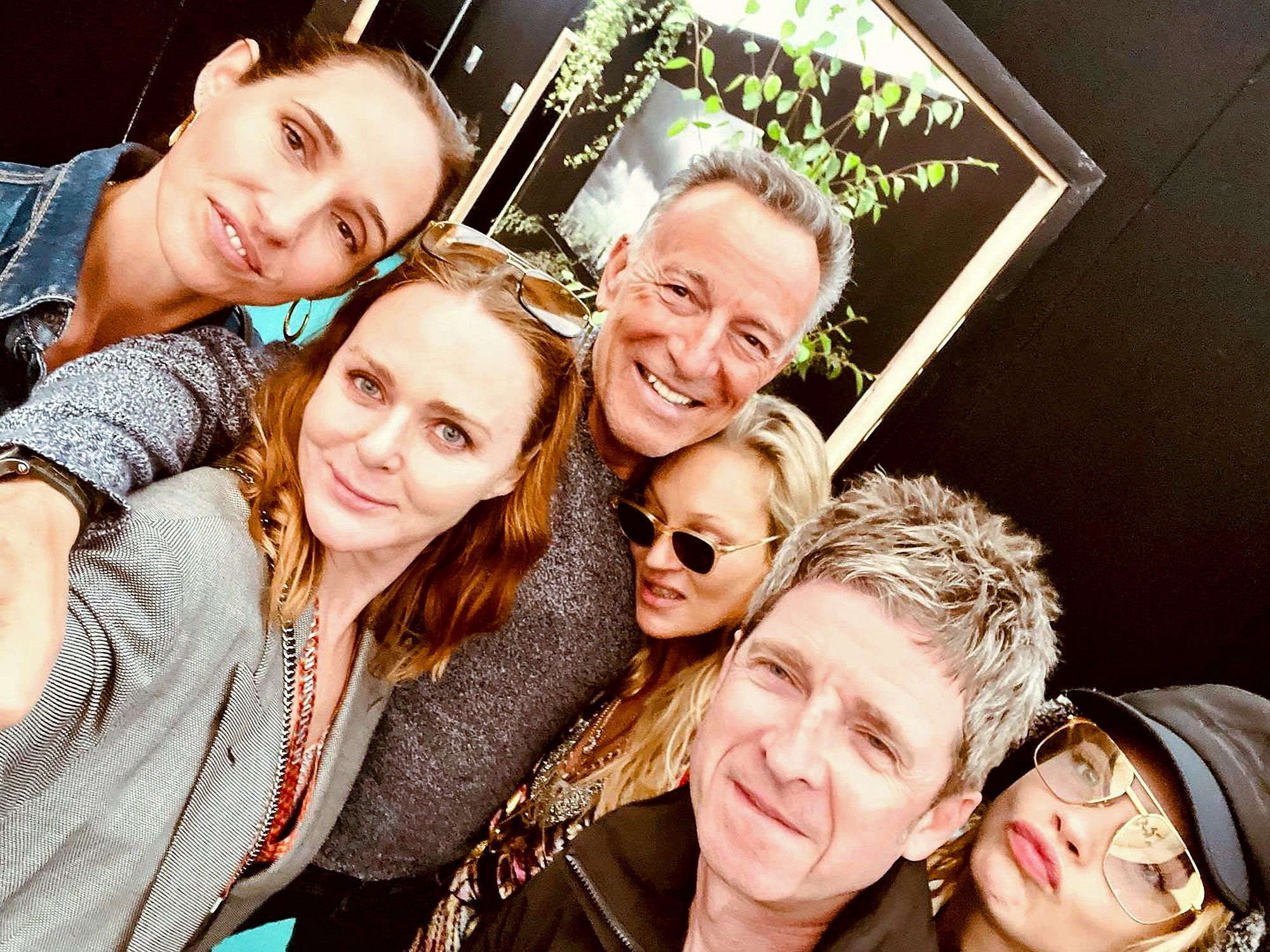 The guitarist, who is preparing to release new music in March, pulled a raucous, all-nighter at Worthy Farm, partying with pals including Rita Ora until 6am.

At one point he posed for a boozy selfie with Bruce Springsteen, Stella McCartney and Kate Moss.

Noel,   who previously quit booze during lockdown, revealed soon afterwards: “I was f***ed. I certainly wouldn’t have been able to sing on Sunday night.”

He also admitted he “blagged” his way into a disabled viewing platform at the festival, using his Access All Areas pass. 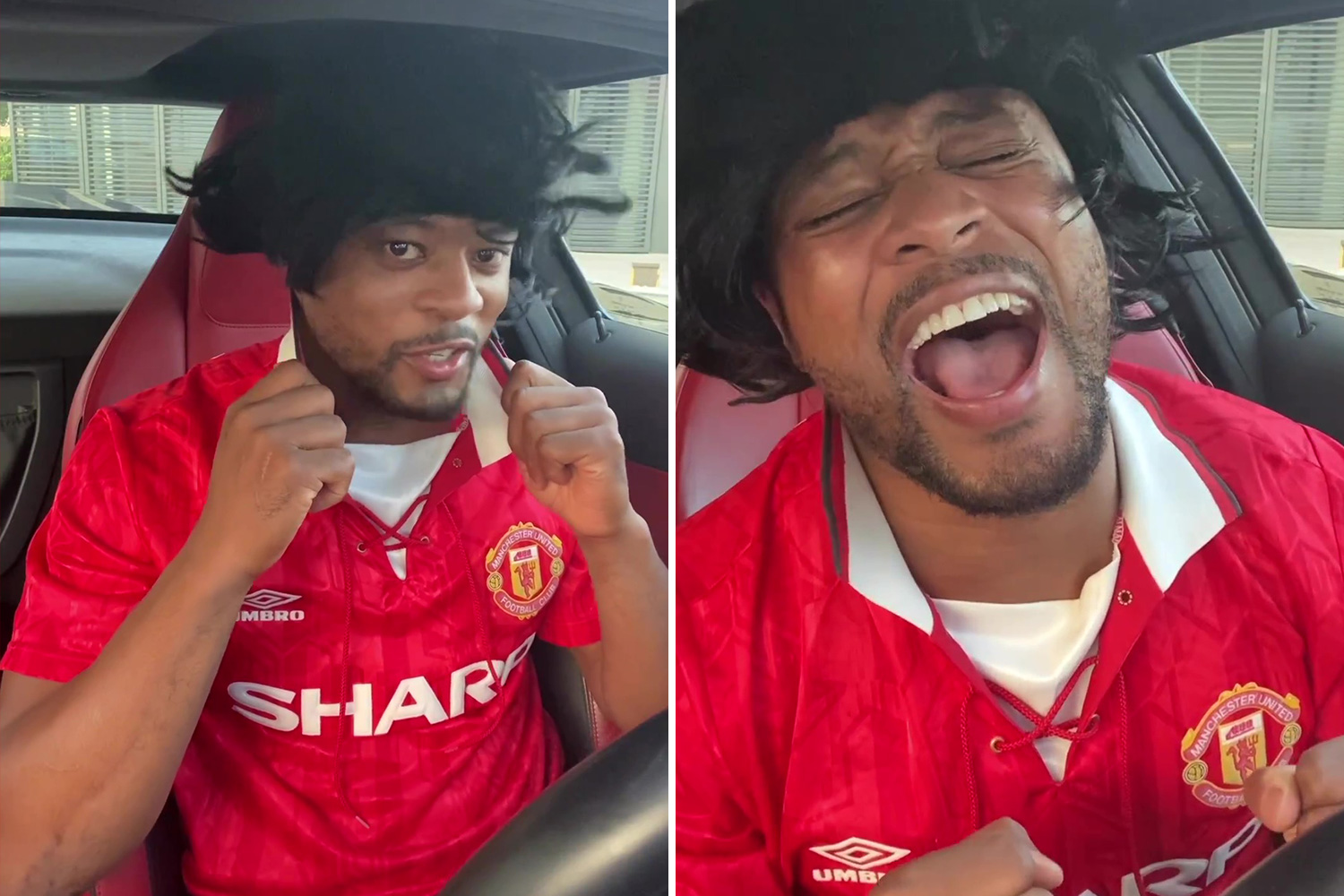 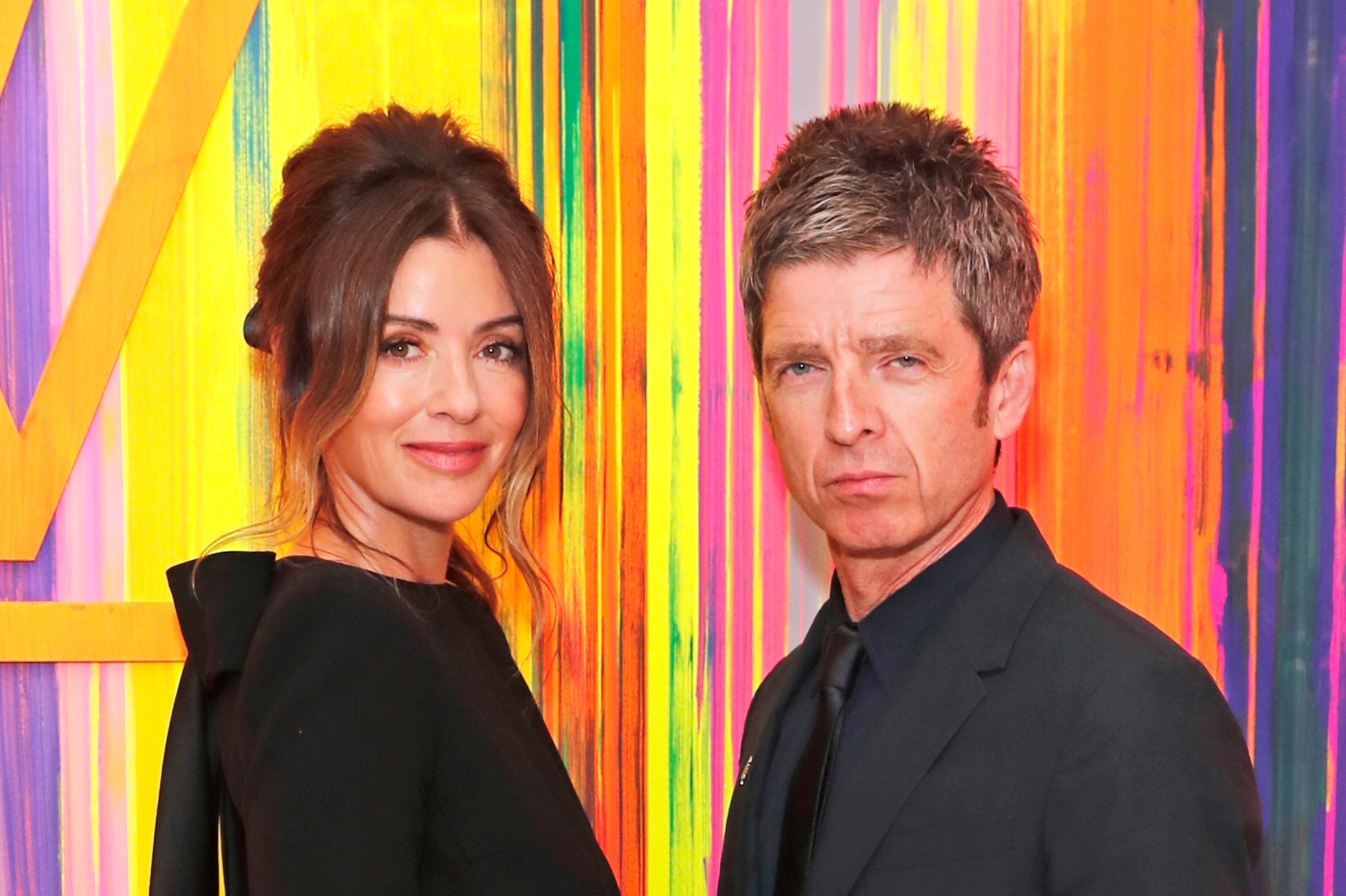 Speaking on his mate Matt Morgan's Funny How? podcast, he discussed the cheeky incident which happened as he and his party were watching singer-songwriter Jamie T perform.

The guitarist joked that he “would have” tipped someone out of a wheelchair and encouraged his son to sit in it to get them in the prime spot.

The star also jested that he would pretend to touch people on the forehead, telling them: “Rise — you can walk.” 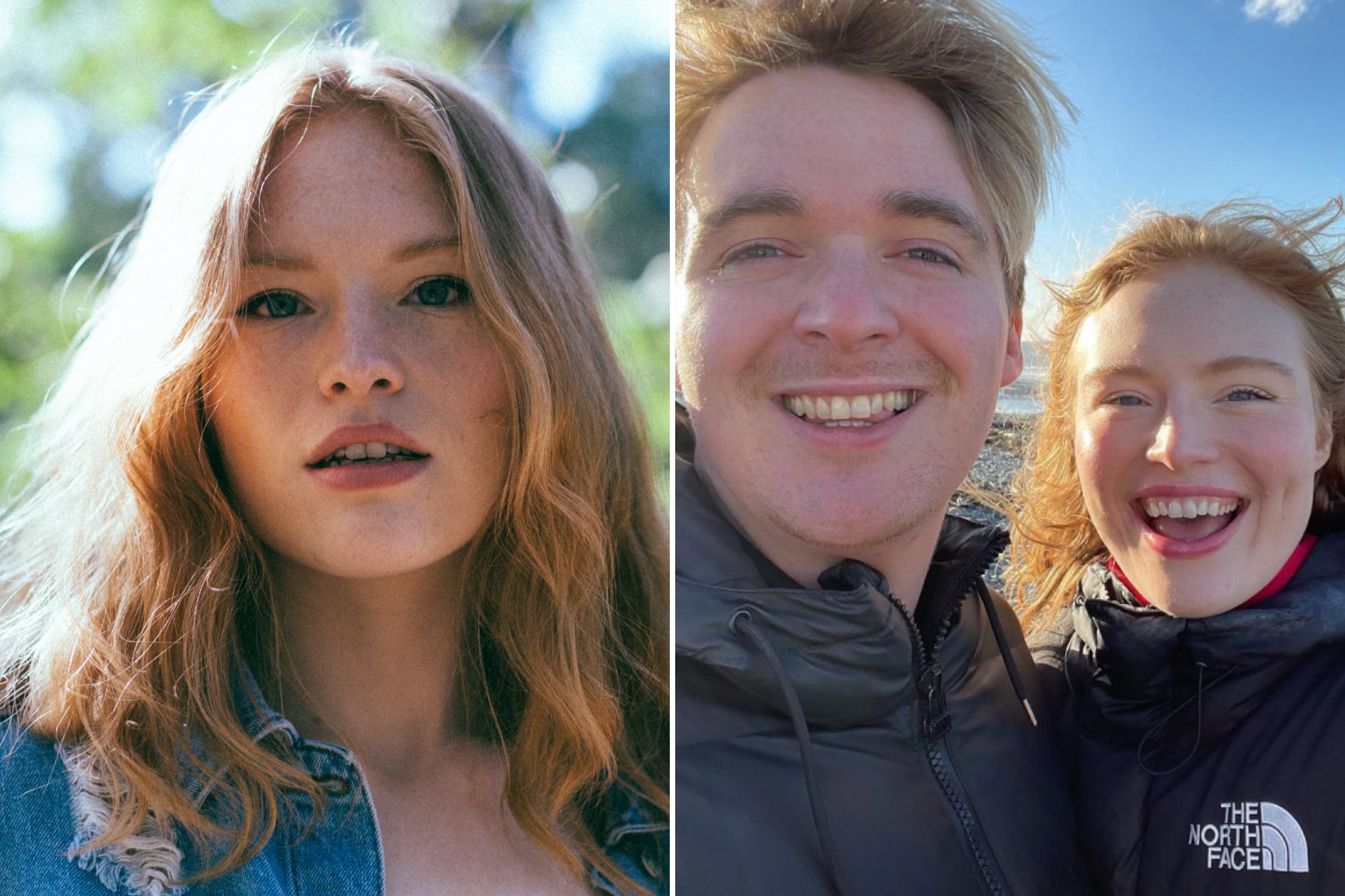 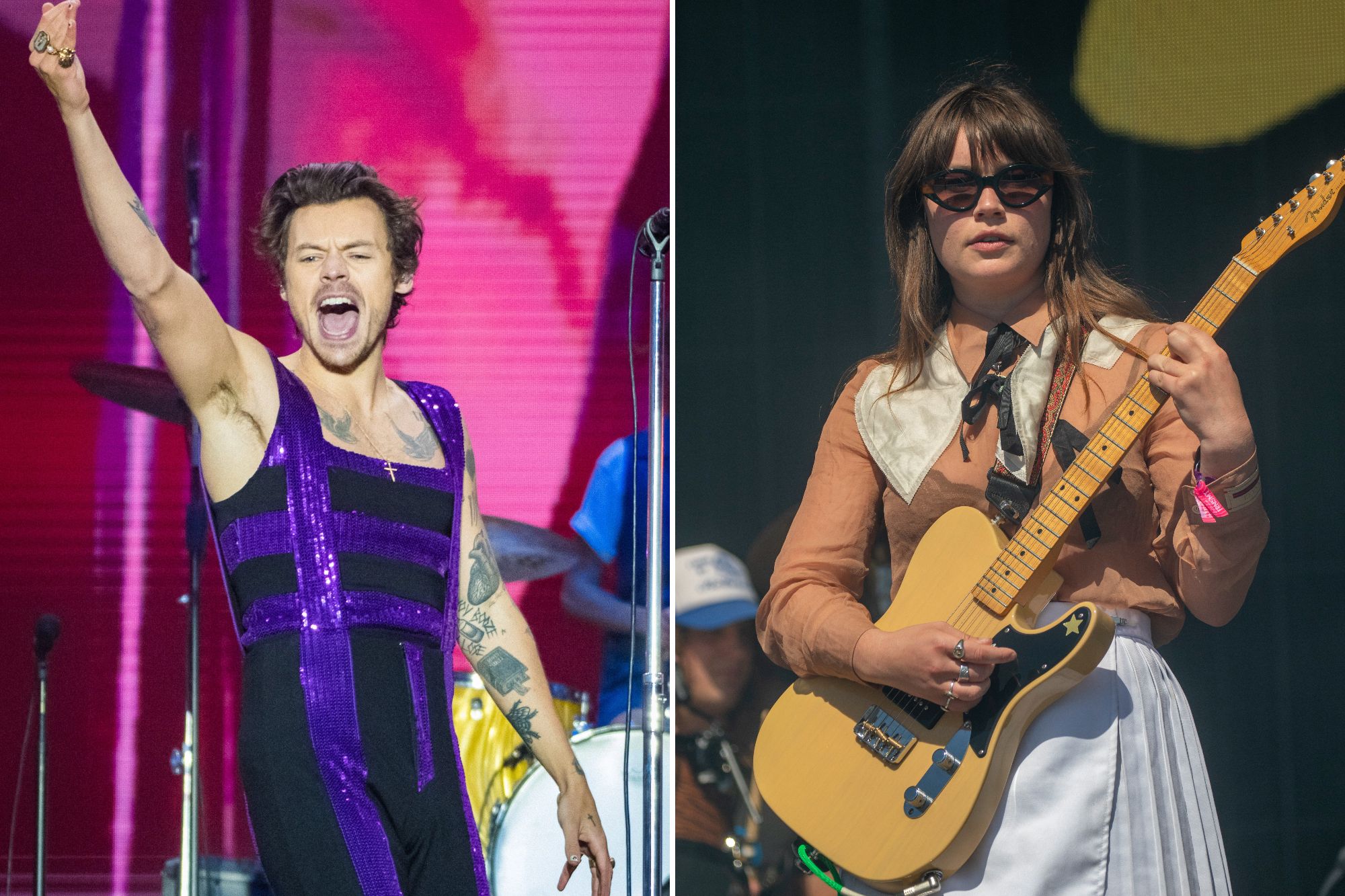 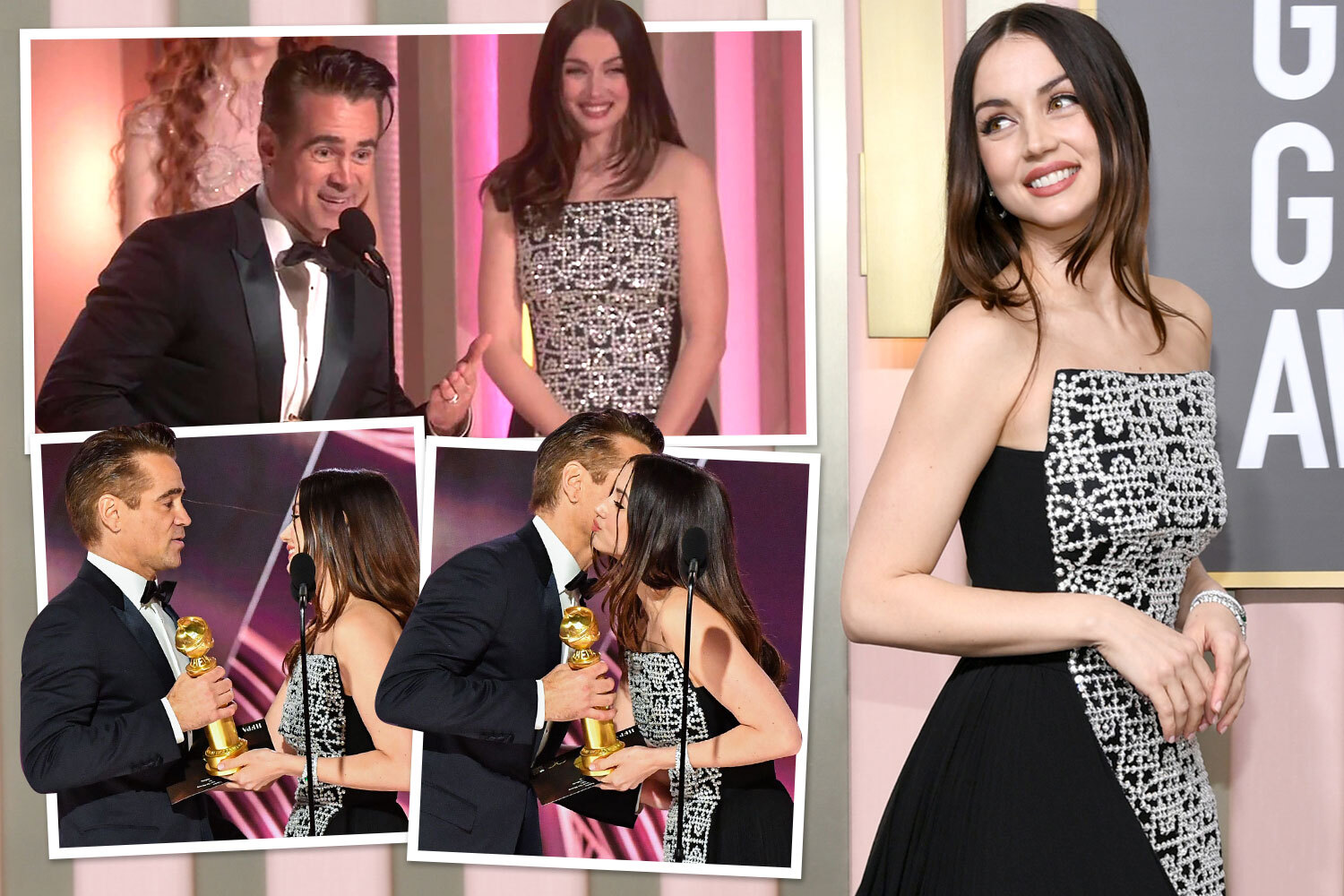 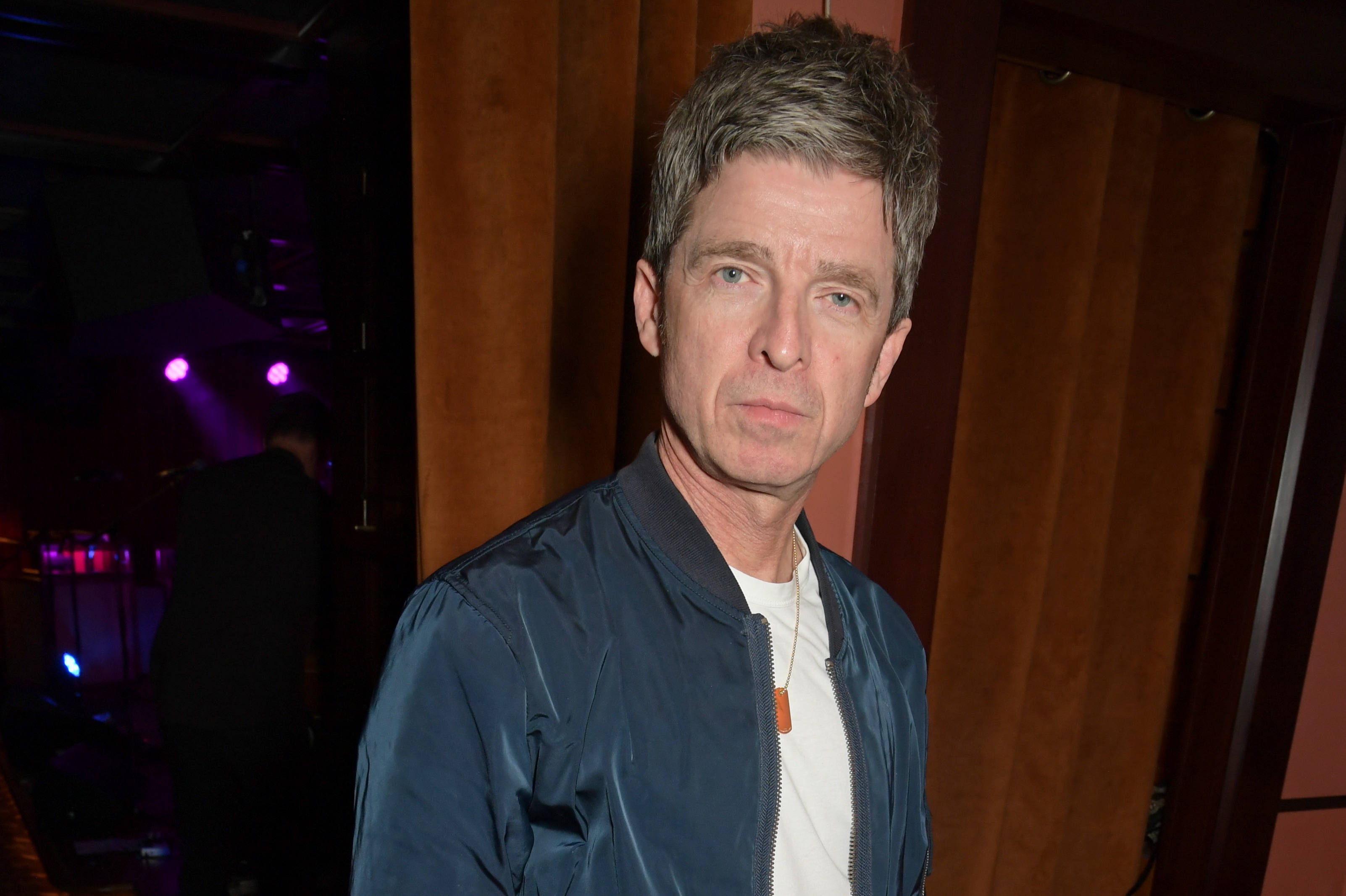 He added: “I gotta say, those disabled cats have a great view of everything.”

I’m also told that brother Liam has failed to reach out to Noel in his hour of need.

The brothers fell out in 2009, when Oasis split, and have been frosty ever since.

A source tells me: “Liam hasn’t spoken to Noel, despite the sad news of his marriage split.

“It’s no secret that Liam and Sara didn’t get on, so there is no love lost.”

Noel is understood to have left their Hampshire home and is now living in North London.

He and his music PR ex Sara holidayed on a yacht last year.

A spokesman for the couple said last night: “Noel and Sara will continue to look after their children, who remain the priority.

“They ask the media to respect their privacy and that of their family at this time.”

At least Noel will have plenty of material for his new High Flying Birds record . . .

IT’S back to black for models Hailey Bieber and Kendall Jenner as they hit the town in LA.

Hailey left hubby Justin at home as she partied in a minidress and sexy stockings, while BFF Kendall forgot her bra. 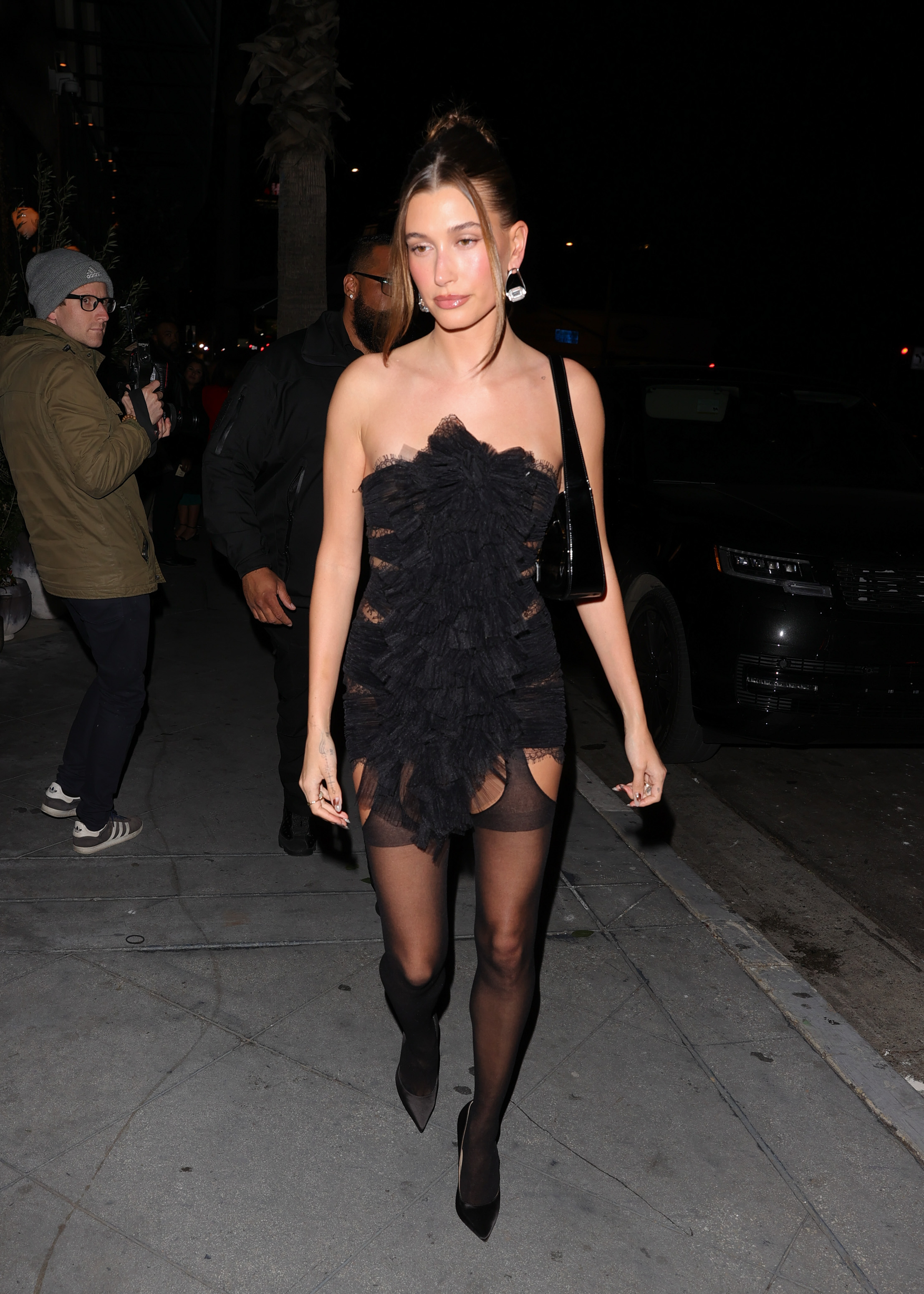 The pair have been close since they met on fashion jobs in New York in their teens – but Kendall recently admitted she stole Hailey from younger sister Kylie's posse.

She said Hailey was best friends with her and Kylie, along with Hailey’s model cousin Ireland Baldwin, and added: “Hailey lived in New York and whenever we were there we would hang out.

"From then on, she was at my home.

“At first, Kylie was mad.

LITTLE MIX fans won’t have to wait much longer for Perrie Edwards’ solo material as I can reveal the songstress is close to signing a record deal.

The talented pop star is in advanced talks with Columbia Records – home to big name acts including Beyonce, Bob Dylan and Harry Styles. 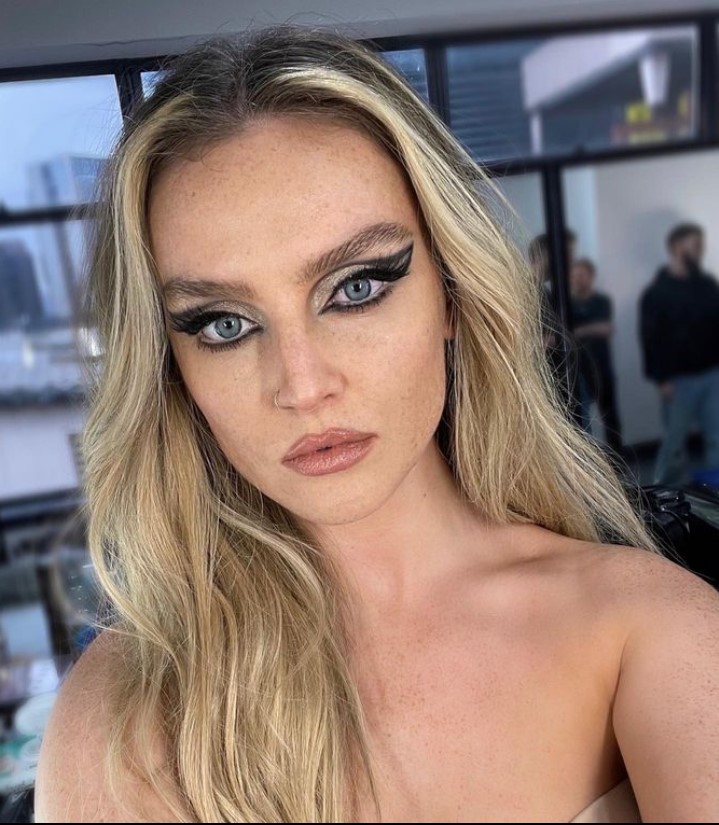 The news comes after the chart-topping girl band last performed as a group back in May and Perrie has since been beavering away in the studio, crafting her own tunes.

An industry insider tells me: “Perrie is super-talented and label execs think she could be a global star.

“They are very keen to ink a deal soon and talks have been ongoing.

“Perrie is bursting with ideas for solo material.”

The singer, who has year-old son Axel with Liverpool footballer fiancé Alex Oxlade-Chamberlain, has not stopped since the band wrapped, launching her own clothing brand, Disora, and starting a property business Paxel Properties (a play on words using her son’s name.)

“I’m just having so much fun experimenting with different sounds. It’s really good.

“I’m so lucky, I’m working with such amazing people.

“I’m really grateful. I want to make music that I love.”

I can’t wait to hear it.

The actress, who recently filmed a stint for EastEnders, revealed she has it every six months.

She said: “I get Botox, and when the time comes I wouldn’t be opposed to having something done to my jaw.

“There can be a stigma with cosmetic procedures. But it’s so good now. There used to be horror stories.

“I’m too afraid to have fillers.

“It’s not a look I’d like, but Botox is great. My doctor is amazing.”

On the Beyond The Bathroom podcast, Patsy also revealed her style inspiration is Joan Collins.

After a projection of the cinematic video for latest single Come Alive, the Hong Kong-born singer descended on to the stage in a lift, amid a cloud of dry ice and dazzling pyrotechnics. 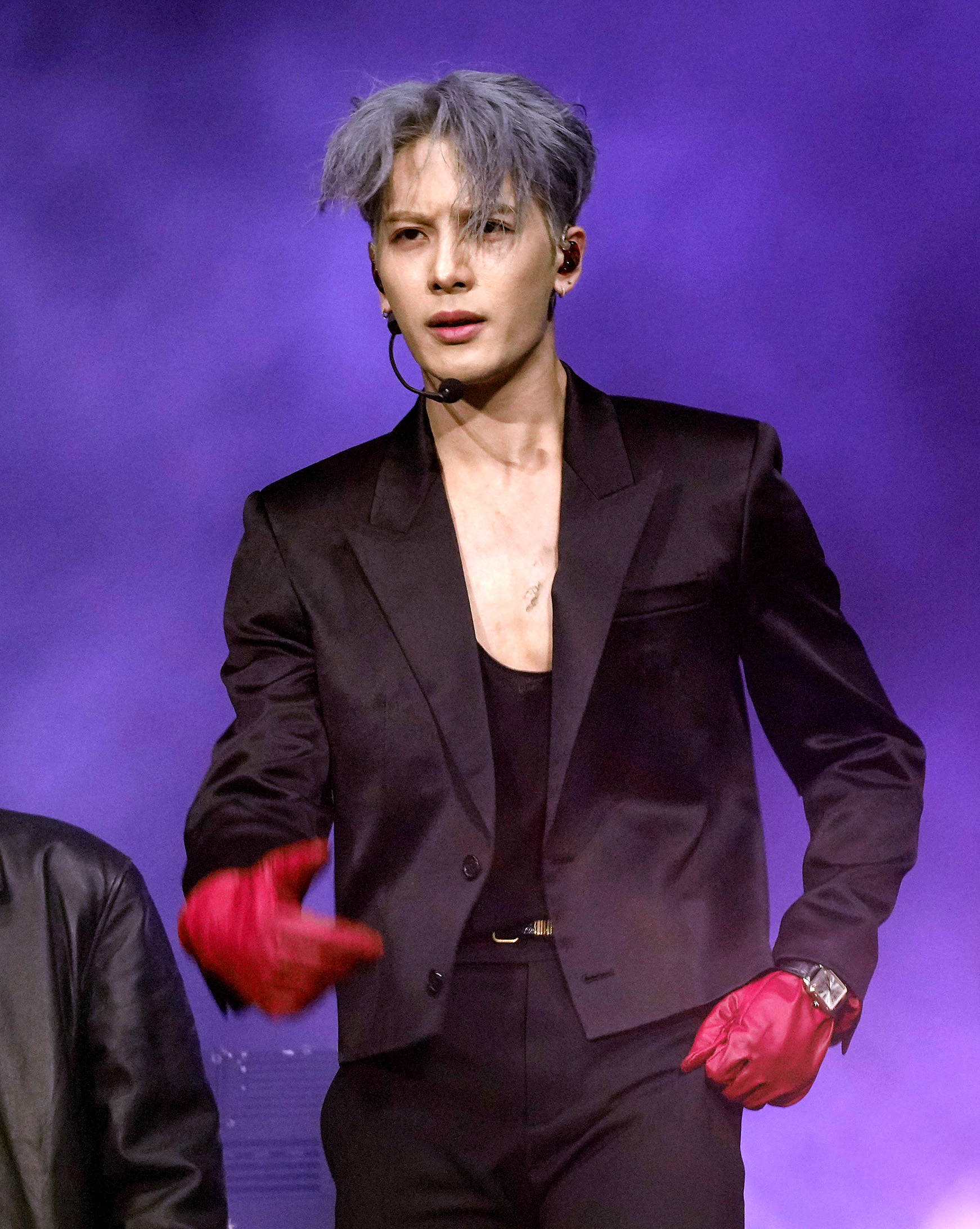 Opening with his catchy hit 100 Ways, the tone was immediately set for an evening of slick pop production and equally impressive visuals.

Occasionally pausing to drink from a whisky bottle, he asked his adoring fans, “Where’s the best pub around here?”

He showcased a new, edgier persona, which the packed crowd greeted with a deafening roar.

Highlights included the swaggering track Champagne Cool and Drive It Like You Stole It, a disco-inspired song with funky production reminiscent of Dua Lipa.

By the end of a magical evening, the multi-talented artist had proved his music transcends any specific genre.

MIMI WEBB puts her Brit Awards nod for Best New Talent down to her “good vibrations” from tuning in to the universe.

Mimi, whose single Red Flags is out now, told me: “I love the law of attraction – it’s how I live.

“I believe in the universe, it’s how I keep positive and my vibrations high. I write down what I want, repeatedly, and the emotions connected to it, as if it has happened. It does work.

“There’s loads of knock-backs in the music industry.

“When I started, I had no clue about how it all worked so it was a learning curve. I tried to ignore negativity and focus on the positive.”

So, what’s next for Mimi?

She adds: “I’d love to play at Glastonbury. I’m hoping to manifest it.”

WHILE Perrie Edwards’ fortunes seem to be looking up, it appears that Emeli Sande’s are in a more precarious position.

A petition to wind up her company Ngosa Limited was lodged in December, with accounts showing the firm is £139,000 in the red.

The talented singer had huge success in 2012, scoring massive sales for her No1 debut album Our Version Of Events.

But she parted ways with EMI in 2021 and her album Let’s Say For Instance, released with an independent label in May last year, charted at No27.

I hope things look up for her soon.

BILLIE EILISH flashes a pair of boobs printed on a cheeky T-shirt as she leaves the gym in LA.

The Bad Guy singer is the latest star to try the breast artwork trend after Rita Ora sported a similar design on the beach earlier this month. 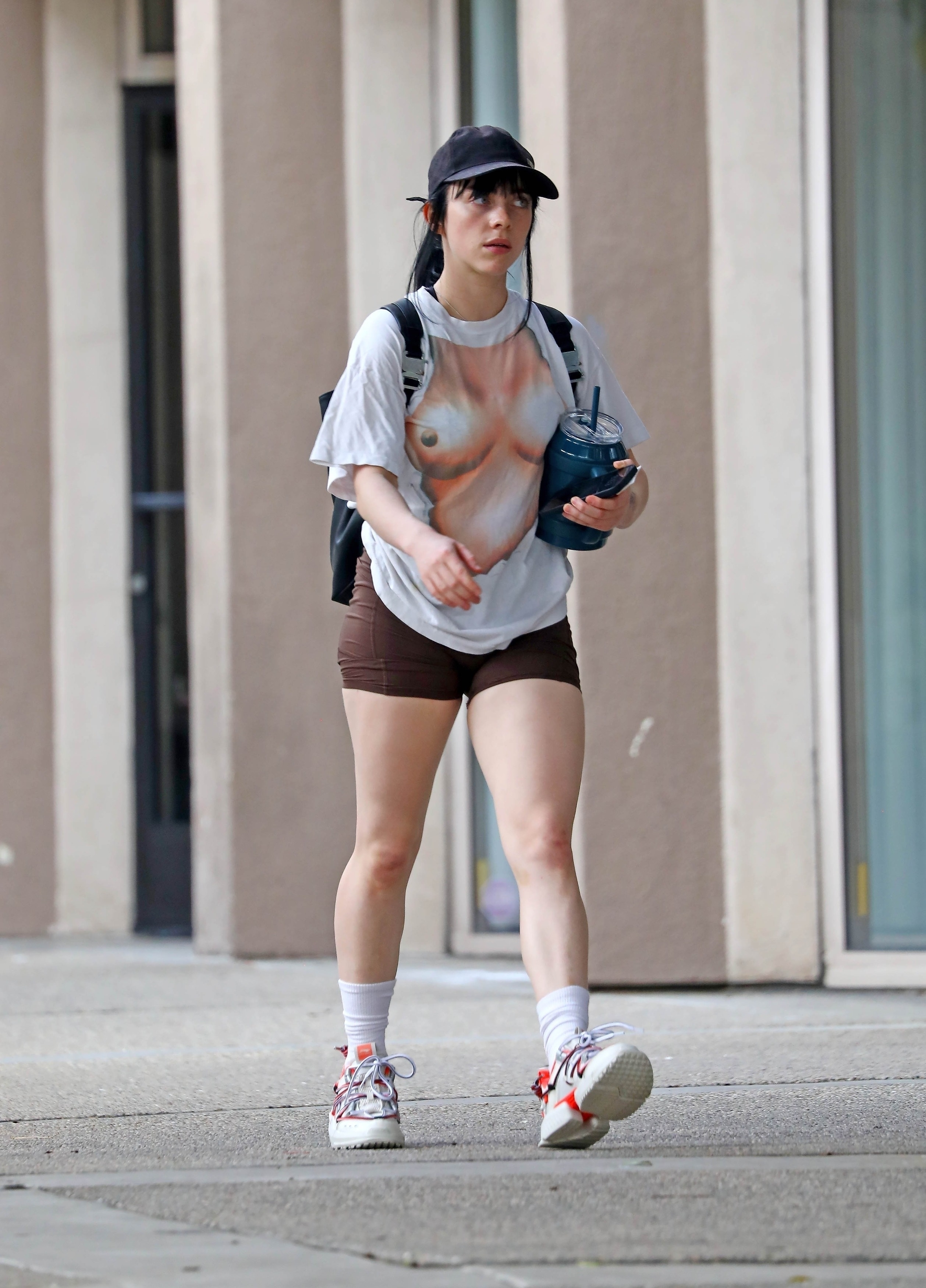 It might work for them but I hope it doesn’t catch on in the UK.

ROMANIAN star Sorana burst on to the music scene last year with a series of infectious electro tracks.

Now the singer wants to push the button on pop domination. 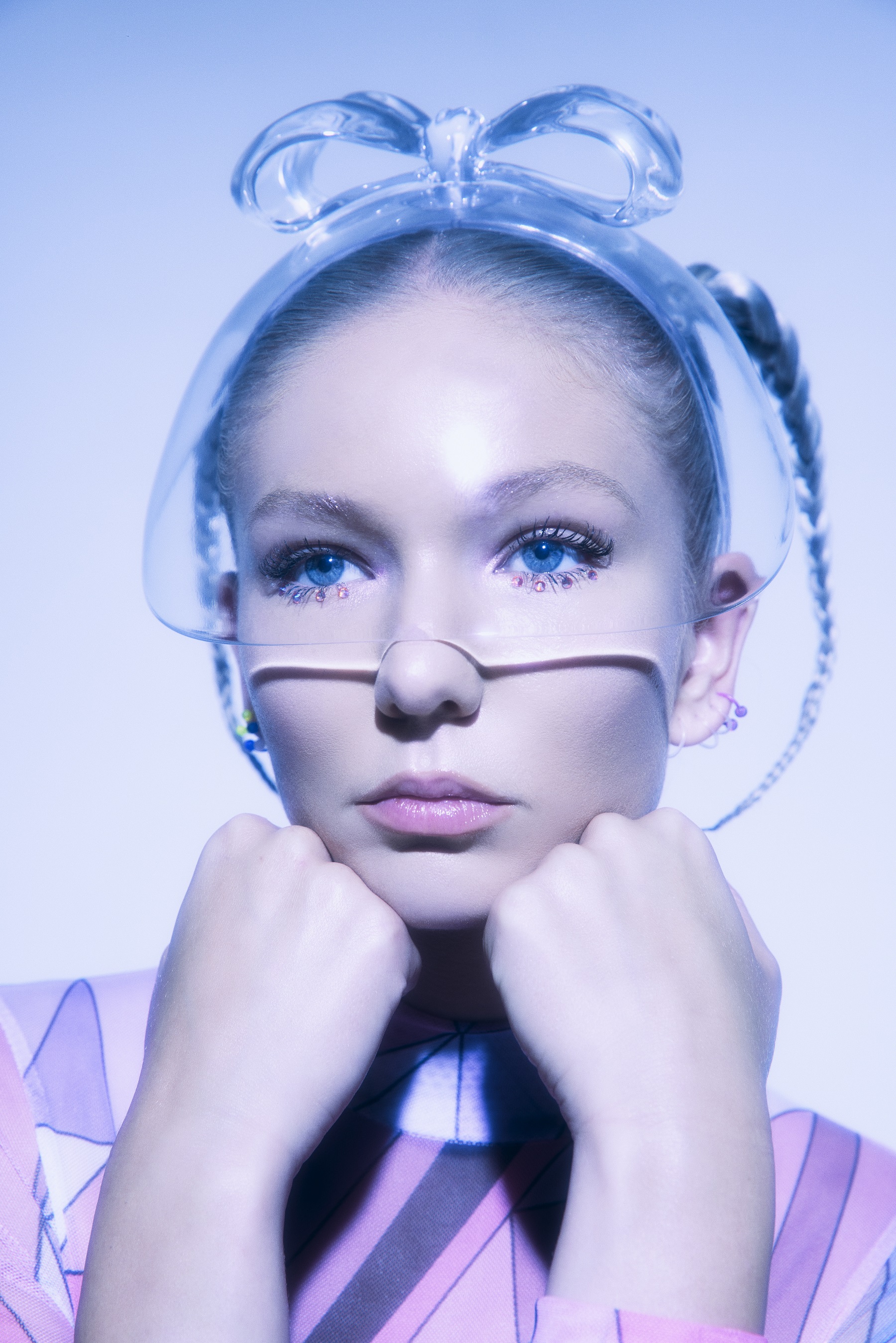 She tells me: “I want to release as much music as I can. I love hit pop songs. I love the melodies and the big hooks.

"I’m inspired by Lana Del Rey. Her songs are poems and so beautifully written. They intrigued me and made me obsessed with lyrics.”

She added: “The thing I love the most about him is that he gets so excited when we write a song.

“He plays a beat, I start singing some melodies and we run to the piano and write some more.

“It’s amazing to see that after so many years he still has a spark in his eyes when he loves a record.”