GMB: Adil Ray critical of BA passengers without masks on

During Monday’s Good Morning Britain, ITV presenters Susanna Reid and Adil Ray spoke with travel correspondent Jonathan Swain, who was on a British Airways flight to Lisbon in Portugal. The hosts spoke with Jonathan via video link as he discussed the easing of travel restrictions, which came into force on May 17. However, during the segment, Adil couldn’t help but point out that one of the passengers travelling on the flight was not wearing a face covering. Face coverings are a legal requirement when travelling on public transport, except for those who are exempt.

Speaking from the plane, Jonathan began: “There is a family on the flight and they’re going to meet their grandparents for the first time.”

Before Jonathan couldn’t finish his sentence, Adil interrupted: “Someone without a mask on.

“Another person without his mask on.”

Stepping in to defend the people not wearing their masks on the flight, Susanna said: “Well, people can presumably still take their masks off if they’re eating food.” 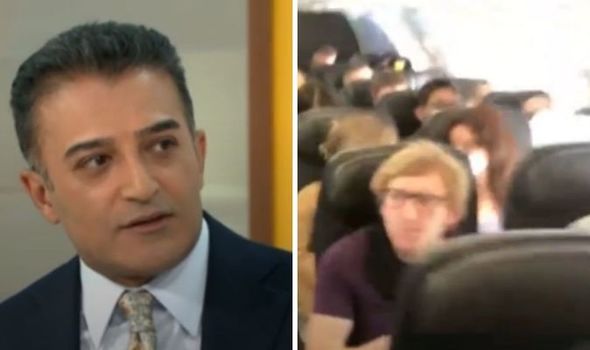 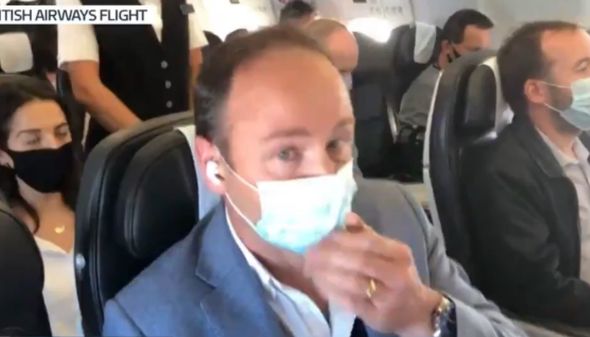 Adil backtracked on his statement, as he continued: “If they’re consuming food and they may well be exempt. I’m just being flippant.

“It may well be safe but just the sight of it for me, it just looks a bit scary, Jonathan.

“To see that many people together.”

Discussing what it was like to be back on a plane, Jonathan continued: “This is quite an incredible experience. First time for me to broadcast live from a plane.” 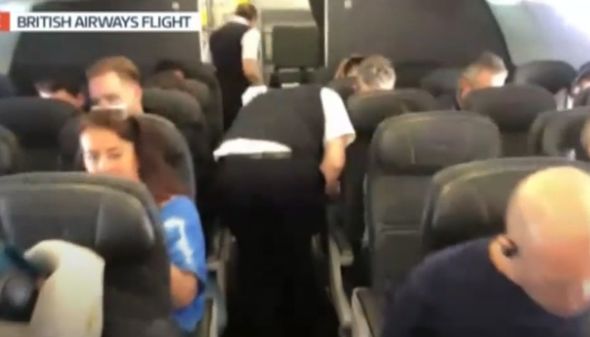 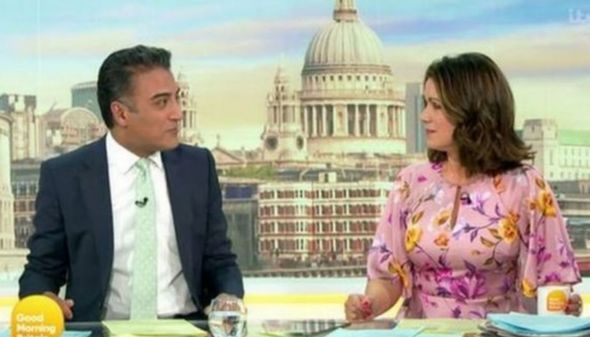 “In terms of changes at the airport,” he added. “There’s not too changes much actually.

“Checking in, there’s the usual hand sanitising, social-distancing that sort of thing.

“The big thing I have to say is, to get on board on of these types of flights, there is a lot of preparation, a lot of expense beforehand.

“You had to take three Covid tests. One before we flew, that was on Friday. We had to take one before we arrived today, and I had to book a video call with a nurse to make sure I was taking it.

“And we will have one when we land two days afterwards. That’s three tests in total costing well over £300 that’s just for one person. Imagine if you were a family.”

The travel correspondent went on to mention that all passengers have to fill in a location form before they fly.

The segment sparked a mixed reaction from GMB viewers, with many criticising Adil for “shaming” the passengers not wearing a mask.

One tweeted: “Why are your presenters trying to shame people not wearing masks? They have no idea of their personal circumstances so their opinions should be kept to themselves.”

Another penned: “@AdilRay trying to ridicule people on the plane for not wearing a mask.”

A third wrote: Adil Ray seems to want to panic everyone. What’s his problem.”

Others seemed to be distracted by how Jonathan’s mask kept slipping down his nose, as one said: “Get a handle on wearing that mask. It’s not rocket science.”

Another commented: “The mask you are wearing has a metal strip at the top. If you pinch it at the top of your nose as it is designed to be used, it will stop falling down your face when you are talking!”

To which one viewer replied: “It’s so annoying, I’ve just said the same thing.”