Olivia Newton-John has given fans an update on her ongoing battle with cancer, revealing she is feeling ‘wonderful’ despite her cancer returning.

The actress and singer, 72, appeared on Friday’s The One Show to speak about her new single Window In The Wall with her daughter Chloe Rose Lattanzi, 35, when she opened up about her health.

Appearing via Skype from her home in California, the 72-year-old star revealed she was feeling very well despite having stage-four cancer, which has metastasised.

She told host Alex Jones: ‘Oh no, I’m fine, I just – listen, I was dealing with metastatic breast cancer for the last seven years but I feel great.

‘Every day is a gift and I feel really wonderful. I’m using a lot of plant medicine and medicinal cannabis that my husband grows for me, and I am feeling wonderful.’

Chloe, who was sitting by her mother’s side, added: ‘Look at her!’ 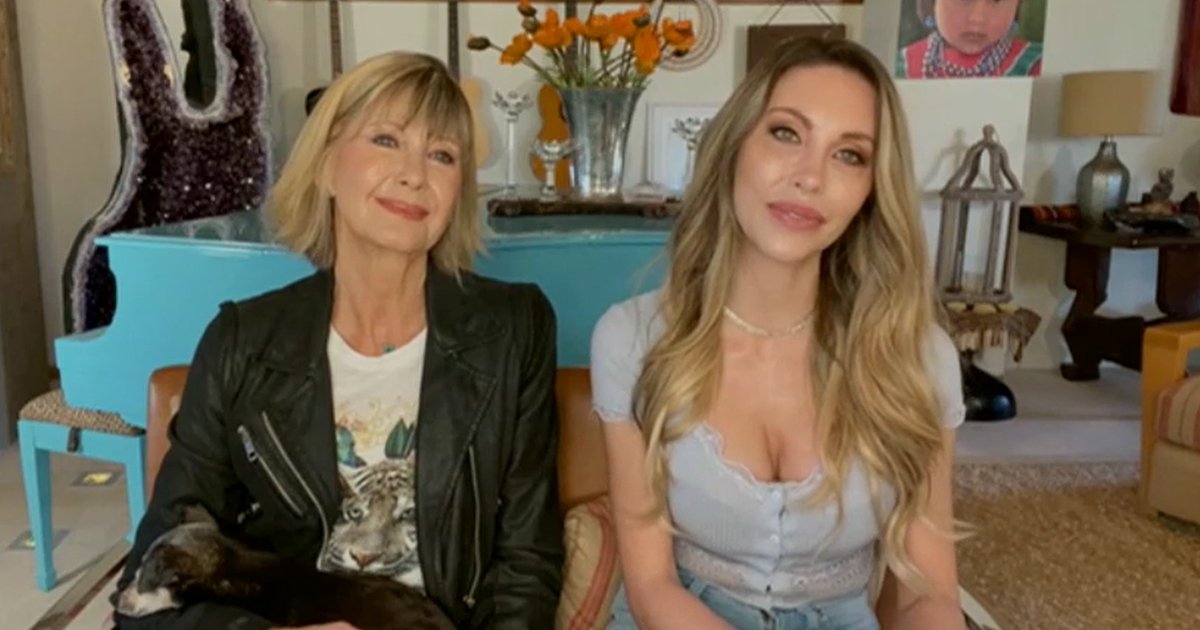 This is the third time Olivia has battled cancer, and she has often spoken out about her belief in medicinal marijuana to help get her through it.

She told the crowd at the Wellness Walk and Research Run in Melbourne in 2019 that she hoped to make that available for others, adding: ‘I hope to be able to soon offer that to everyone – that’s my dream.’

The Grease star, who battled cancer in 1992 and again in 2013 before it returned at the end of 2018, also previously revealed she doesn’t want to be told how long the life expectancy is for people in her position.

She told 60 Minutes: ‘I’m so lucky that I’ve been through this three times and I’m still here. I’m living with it.

‘When you’re given a cancer diagnosis or a scary illness diagnosis, you are suddenly given a possibility of a time limit.

‘The truth is, you could get hit by a truck tomorrow, you don’t know so every day is a gift, particularly now.

‘If you believe the statistics, you’re going to make them happen. If somebody tells you, “you have six months to live”, very possibly you will – because you believe that.’

The One Show airs weekdays from 7pm on BBC One.