Outlander fans have loved Fergus Fraser (played by César Domboy) since he first appeared in season two. He lived in a brothel and did not know his true parents but Claire (Caitriona Balfe) and Jamie Fraser (Sam Heughan) took him under their wing and he has been like a son to them. Now Fergus has his own family, a wife Marsali (Lauren Lyle) and several children. While he appears to be living happily at Fraser’s Ridge, it seems a tragic storyline is in store for the young man.

Warning: The following article may contain spoilers for Outlander season 6.

Fans of the Outlander novels, written by Diana Gabaldon, will know in A Breath of Snow and Ashes, which season six is believed to be based on, Fergus welcomes his fourth child.

A boy, named Henri-Christian is born with restricted growth and many of the residents on Fraser’s Ride believe it is punishment from God.

Their neighbours insist Henri-Christian is being punished for his parents’ sin.

As gossip spreads, Fergus and Marsali face backlash from those they believed to be friends and neighbours. 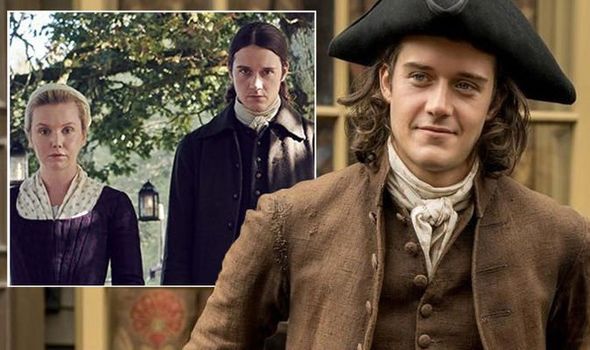 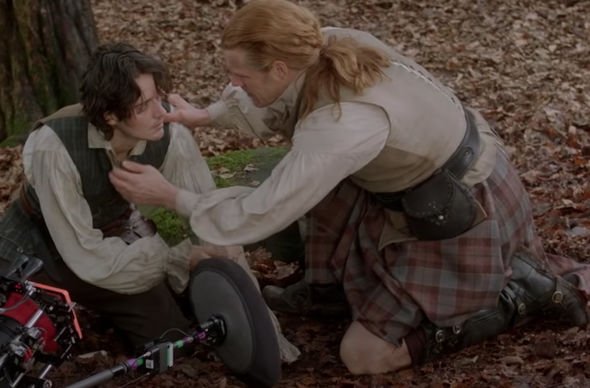 This leads to Fergus breaking down as he feels he is unable to take care of his family properly.

Convinced he can no longer provide for his wife and children, he attempts to take his own life.

Fortunately, Jamie stop him in time and later comes up with the suggesting Fergus and Marsali move away.

Fergus and Marsali start a printing business when they hear a shop in New Bern is vacant and they find peace. 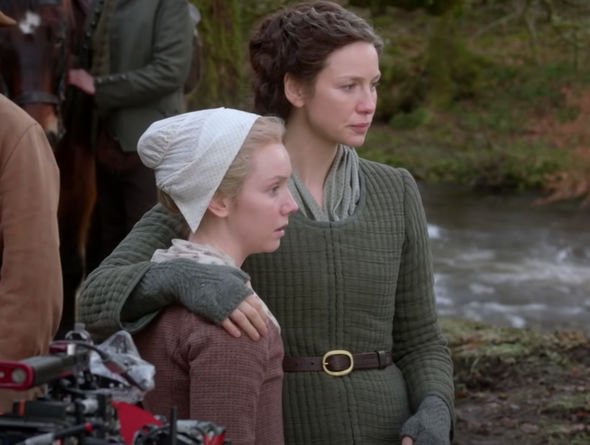 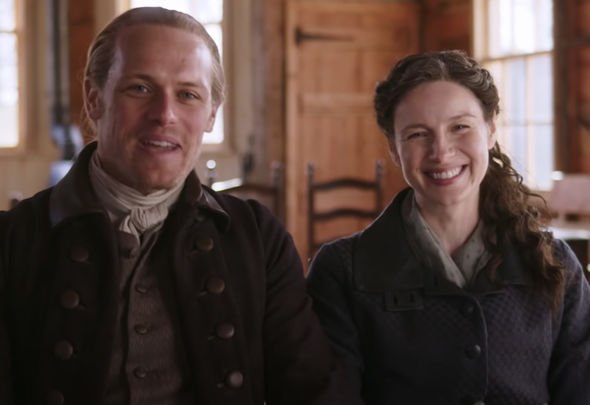 The first-look at season six appears to confirm this storyline will go ahead of Claire and Marsali can be seen looking horrified before a shot shows Jamie holding a distraught Fergus in his arms.

Could this be the moment Jamie finds Fergus thinking about taking his own life?

Fans of the Starz series have speculated about whether the storyline will be included but altered slightly.

One wrote on Reddit: “I wonder about that shot of Marsali and Claire, and Jamie and Fergus. I’m not sure it’s that scene from the books yet, unless they’ve really changed it all around.

“Claire doesn’t look sick and recovering, plus Marsali wouldn’t be present for it, if they’re following the book. So I wonder if it’s something else.

“Looks like a lot of people are in that scene, maybe Fergus wasn’t able to fight or do something physical and it compounds his depression?

“They haven’t shown Fergus a lot at all, so maybe they need to focus on him a bit to get his character to that point in the show.”

Another added: “The two brief shots with Marsali/Claire and Fergus/Jamie make me think “that” plot is happening after all…”

Another fan replied: “Do you mean the scene where Fergus wants to kill himself? I thought that would have to be included being such a big part of his storyline and why they eventually leave for the printing job.”

Also in the production preview, Caitriona and Sam teased the arrival of new characters including the Christies.

Caitriona concluded: “Everyone’s starting to find their feet and some are still struggling.”