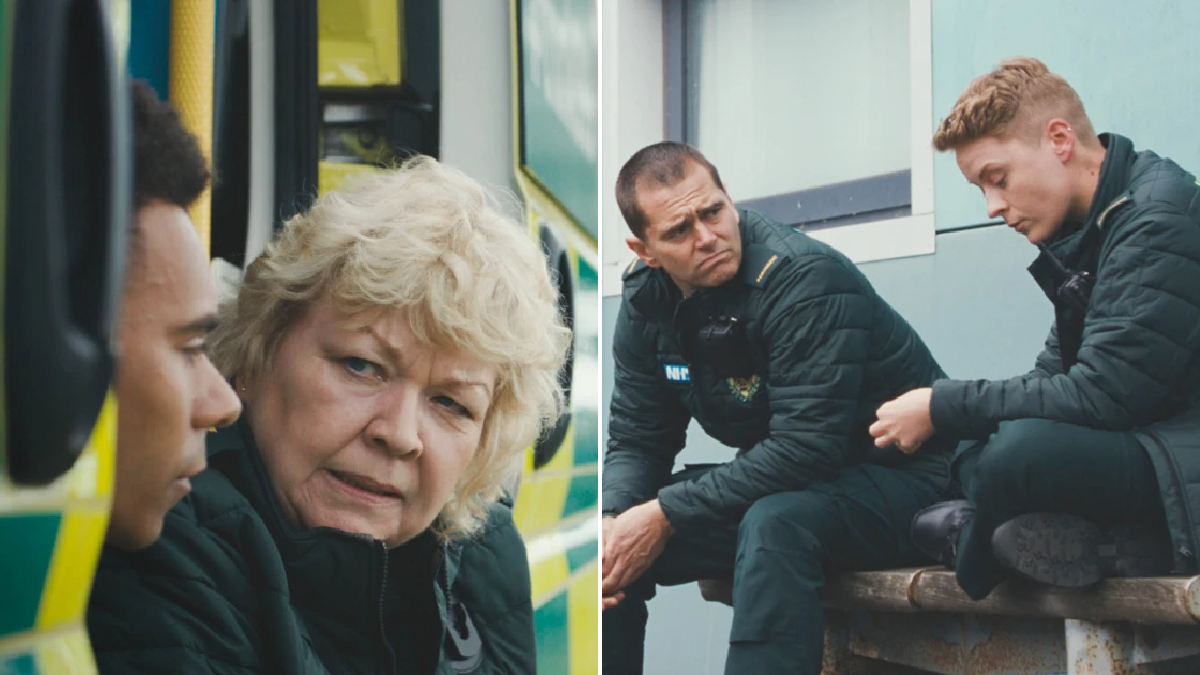 We’re out and about with the ambulance crews in tonight’s Casualty, in an episode that focuses on a day in the life of paramedics Iain (Michael Stevenson), Jan (Di Botcher), Sah (Arin Smethurst) and Teddy (Milo Clarke). The pressures of life in the ambulance service are highlighted as the calls come piling in.

Calls have to be prioritised according to need, much to the frustration of the crews who know that people in desperate need are waiting for their help.

Teddy announces at the beginning of the episode that he’d like to partner with ‘Auntie Jan’ for the day – an idea which she reluctantly agrees to as long as he remembers that, while they’re working, she’s his colleague and not his aunt.

We’ve already seen Teddy’s energy and enthusiasm for his job, and he also thinks ‘the uniform is ‘pretty sick.’ His inexperience quickly gets him into trouble, though, and poor Jan is left struggling to remember her own words, that she’s his boss first and his aunt second. When they’re called out to a woman living along at a remote farm, Teddy is soon in serious danger – and Jan has to go into battle to save him.

Meanwhile, Iain gets off on the wrong foot with Sah when he addresses them as ‘milady.’ It’s not a great start, and the two of them clash at various times during the day. Sah also clashes with Dylan (William Beck), which is a brave move for a newbie.

Sah realises that a paramedic’s job isn’t just about saving lives and patching up injuries – they can sometimes make a difference just by being there.

Sue Haasler is the author of five novels and the official BBC Holby City book, which you can read about here.