DISGRACED singer R Kelly will be spending the rest of his days in jail after being found guilty of various felonies in a New York court.

The singer’s trial came to an end on September 28, 2021, following six weeks of graphic testimony. 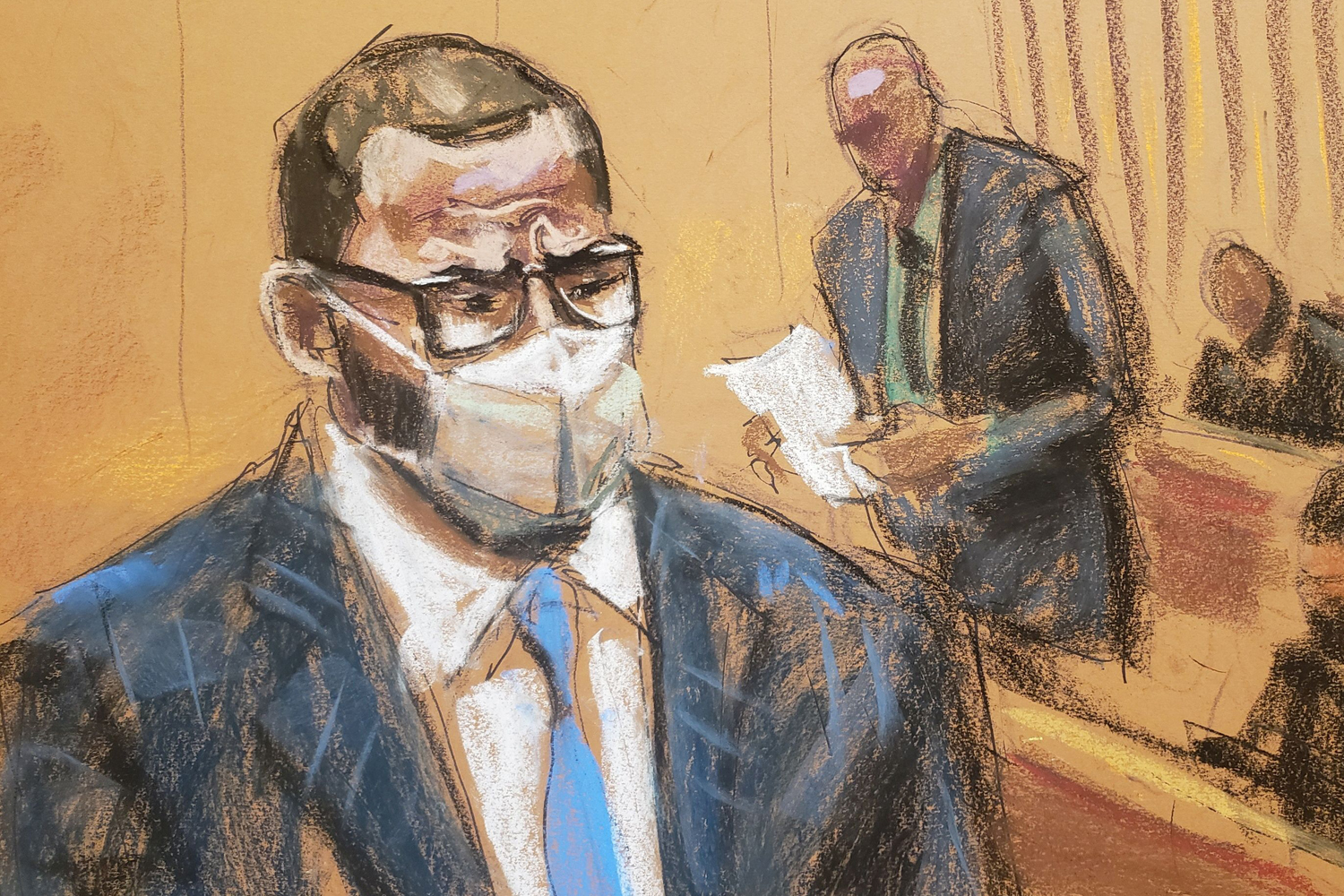 What was R Kelly charged with?

In the highly-publicized trial, Kelly faced a total of nine counts, which included one count of racketeering, with 14 underlying acts that included sexual exploitation of a child, kidnapping, bribery, and sex trafficking charges.

He also faced eight additional counts of violations of the Mann Act, a sex trafficking law.

Kelly was found guilty of nine counts, one count of racketeering, and eight counts of violating the Mann Act.

Of the 14 underlying acts for the racketeering count, he needed to be found guilty of at least two to be convicted of that count. 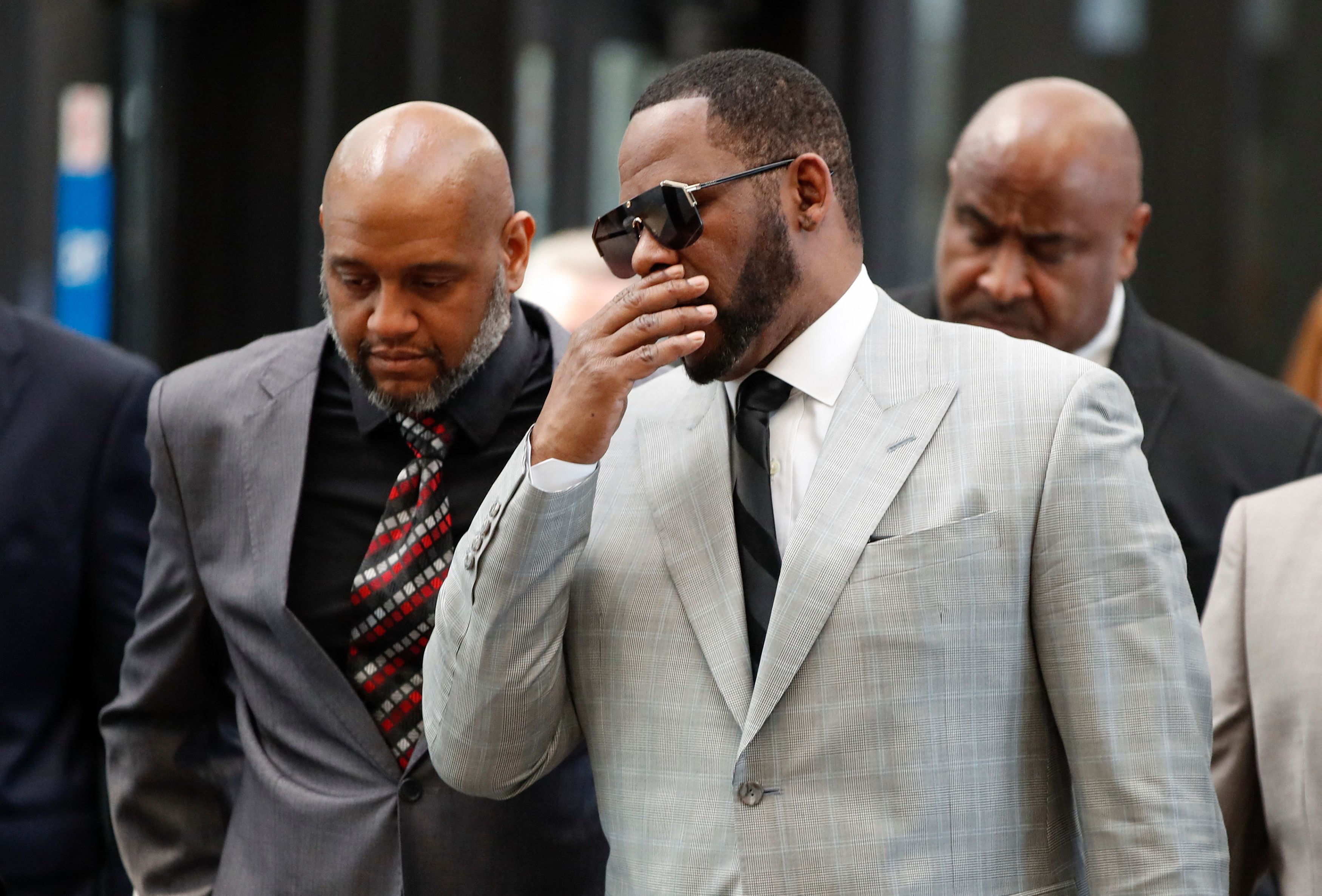 Jurors found prosecutors had proven all but two of the 14 underlying racketeering acts.

Kelly wearing a mask – remained motionless with his eyes downcast as the verdict was read out loud.

Deliberations began on Friday at federal court in Brooklyn before the panel of seven men and five women took the weekend off.

The charges were based on an argument that the entourage of managers and aides who helped the singer meet girls — and keep them obedient and quiet — amounted to a criminal enterprise.

Several accusers testified in lurid detail during the trial, alleging that Kelly subjected them to perverse and sadistic whims when they were underage.

After the verdict was reached, Jacquelyn Kasulis, acting US attorney from the Eastern District of New York released a statement regarding the singer, saying: “Today's guilty verdict forever brands R Kelly as a predator, who used his fame and fortune to prey on the young, the vulnerable and the voiceless for his own sexual gratification.

Adding: R Kelly is "a predator who used his inner circle to ensnare underage girls and young men and women for decades, in a sordid web of sex abuse, exploitation and humiliation.

"To the victims in this case, your voices were heard and justice was finally served.”

What did R Kelly’s lawyers say about the verdict?

Amid the guilty verdict, Kelly’s lawyer Deveraux Cannick said he was "disappointed."

Cannick said outside of court the government "cherry-picked" evidence to support its narrative.

Cannick continued, "Why would he expect this verdict given all the inconsistencies that we saw?"

The verdict comes more than 10 years after the musician was acquitted of child pornography charges at an Illinois state trial.

A widely watched documentary “Surviving R. Kelly” helped force his case back into the spotlight.

Assistant US Attorney Maria Cruz Melendez argued that Kelly was a serial abuser who “maintained control over these victims using every trick in the predator handbook”.

Prosecutors said accusers were under orders to call him “Daddy,” expected to jump and kiss him anytime he walked into a room, and to cheer only for him when he played pickup basketball games.

The New York case is only part of the legal peril facing the singer.

He also has pleaded not guilty to sex-related charges in Illinois and Minnesota.

However, trial dates in those cases have yet to be set.

What is R Kelly’s net worth?

As reported by Celebrity Net Worth, Kelly's current net worth is -$2million.

At the peak of his career, it is estimated that Kelly was worth around $100million.