As much as Carole Radziwill stans wish she might return to The Real Housewives of New York City, she recently said there’s no way she’d come back. 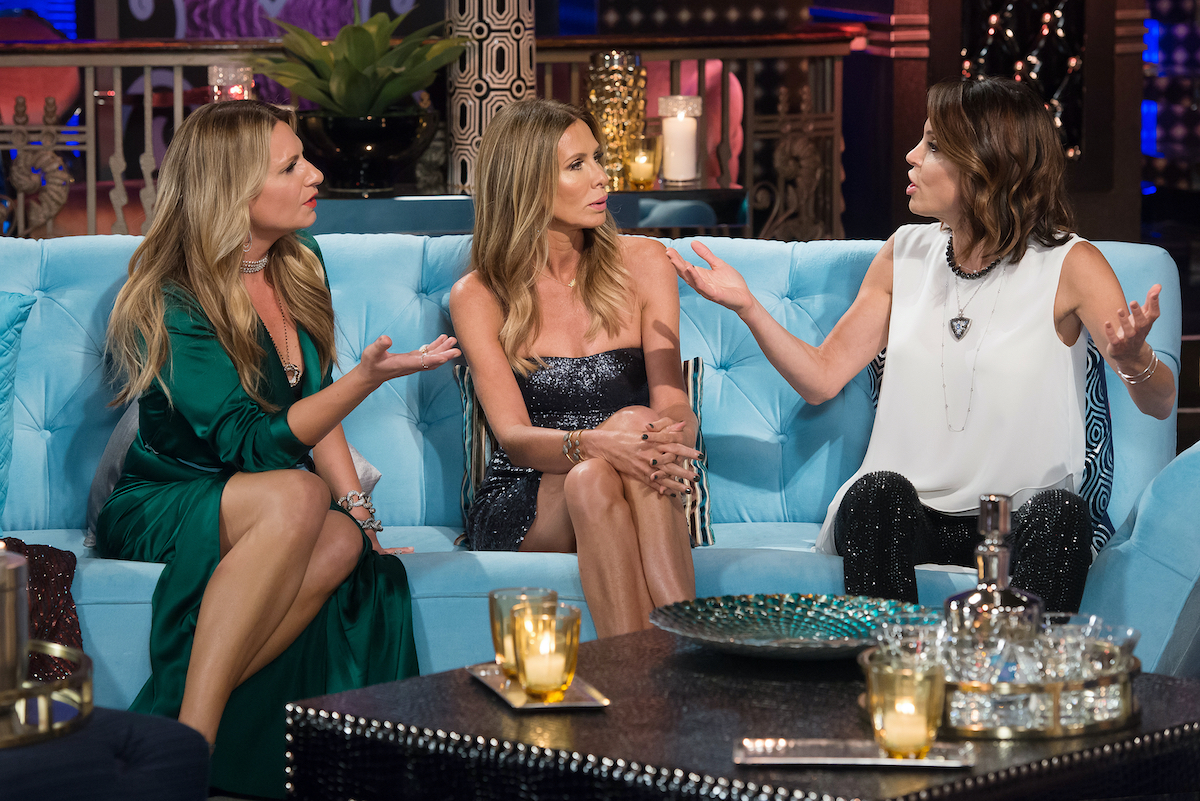 A fan asked Radziwill if she could return to the series to “restore peace in the world and jump back on as a wrangler of those housewives?” But Radziwill’s simple answer was, “Girl, no. Just no.”

She joked about how the series has “died” since she left. “New York died after you left and that’s a fact,” a fan tweeted. “Not New York my love, maybe the show,” she replied. She also shared that she was not supposed to talk about the network either when she was on the series.

Carole Radziwill was told not to talk about the ‘Bravo machine’

Some fans believe that reunion host Andy Cohen showed significant bias during The Real Housewives of Potomac reunion. Fans thought he sided with Candiace Dillard Bassett over Monique Samuels when the two got into a physical altercation.

Fans saw a similarity during Radziwill’s last reunion on RHONY. “Sucks, but we all saw the bias even with Bethany & @CaroleRadziwill,” one person tweeted in response to the RHOP reunion. That’s when Radziwill talked about not being able to discuss fighting the network. “I hear you….fighting with the cast is silly, but against the Bravo machine is something else. I was told I ‘could not talk about the Bravo machine,’” she replied.

Another fan hoped Cohen would address how he treated Radziwill during her final reunion too. “Ha! Who cares and don’t hold your breath, he actually doubled down on @JerryO’Connells talk show and called me ‘Trumpian’ which made zero sense except he knew it would anger me,” she replied about Cohen.

Andy Cohen thinks Carole Radziwill is still angry with him

Cohen said he thinks Radziwill is holding a grudge against him and the show. “I think she’s angry toward the show and me and she felt like I was up Bethenny’s a**,” Cohen said on Brandi Glanville’s Unfiltered podcast.

“I don’t think she said we were overly close. We were in each other’s circle for years,” he said about Radziwill. “We didn’t talk on the phone. We didn’t email but I think we had genuine [love] for each other.”

Radziwill told Heather McDonald on her Juicy Scoop podcast she hasn’t seen Cohen since leaving RHONY. She also clarified that she directed her comment about Cohen being afraid of Frankel as being more for production too.

“We were more ballsy about it,” she said. “Like we were like ‘Hey like we tried to check her a little.’ But there was no checking her at that reunion. You didn’t see a tenth of what happened at that reunion. Because they edited it down. I mean we filmed for like 10 hours.”

Radziwill tweeted, “All at Bravo knew she was not truthful about the text messages. I sent all of the real texts to producers weeks before the reunion. I just couldn’t fight to be heard above the theatrics. I might be cold & not a hugger but I’m definitely not a liar.”