Today’s celebrity guest on the BBC show was comedian Ellie Taylor who was on the show chatting about food and her career.

But when she spotted Matt making a major cooking blunder, she was quick to call him out.

Chefs Ryan and Liam Simpson-Trotman were in the kitchen preparing a turbot dish with broad beans, courgette and dashi.

However, when Matt stepped in to help things swiftly started to go south.

He just spent hours working on that

As the chef tried to decant the dashi into a jug from a bowl he ended up sloshing most of it over the worktop.

Although he cheekily tried to avoid drawing attention to what he’d done, Ellie had seen it all unfold on the sidelines.

“Oh that was an absolute shambles,” she remarked as Matt was caught out.

Meanwhile, Ryan laughed: “That’s why I gave it to Matt.”

“Thank you for pointing it out,” Matt said as he jokingly thanked Ellie.

Matt continued: “He just spent hours working on that and I tipped it all over the bench. I’m sorry!” 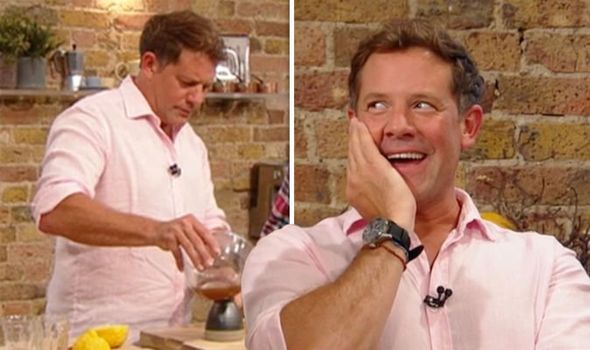 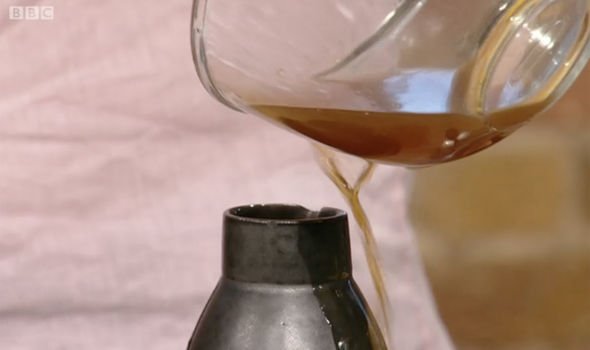 The social media account posted: “Matt trying to put dashi into a jug…#SaturdayKitchen.”

Which led one fan to reply: “I cringed when he did that! It looked amazing btw, love fish!”

As usual, viewers had to decide whether to give the guest their version of food hell or food heaven.

Ellie explained how cannelloni was her idea of heaven, but that the food she really didn’t want was venison. 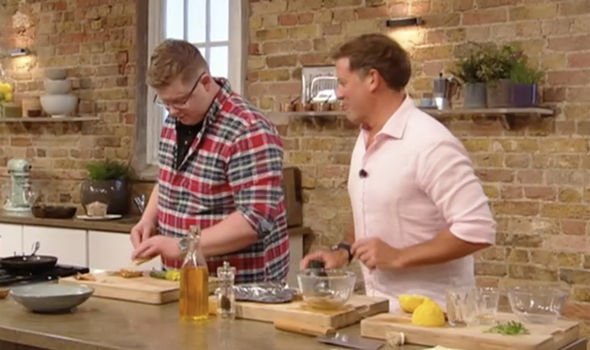 The actor said she wasn’t keen on “rich, game-y” types of food.

She detailed how her husband had recently made her the dish with the meat and that she did not enjoy it at all.

Ellie said: “He made me venison and it was disgusting.”

“The gravy was nice but the meat itself I found it too much,” she added.

Saturday Kitchen airs Saturdays at 10am on BBC One.