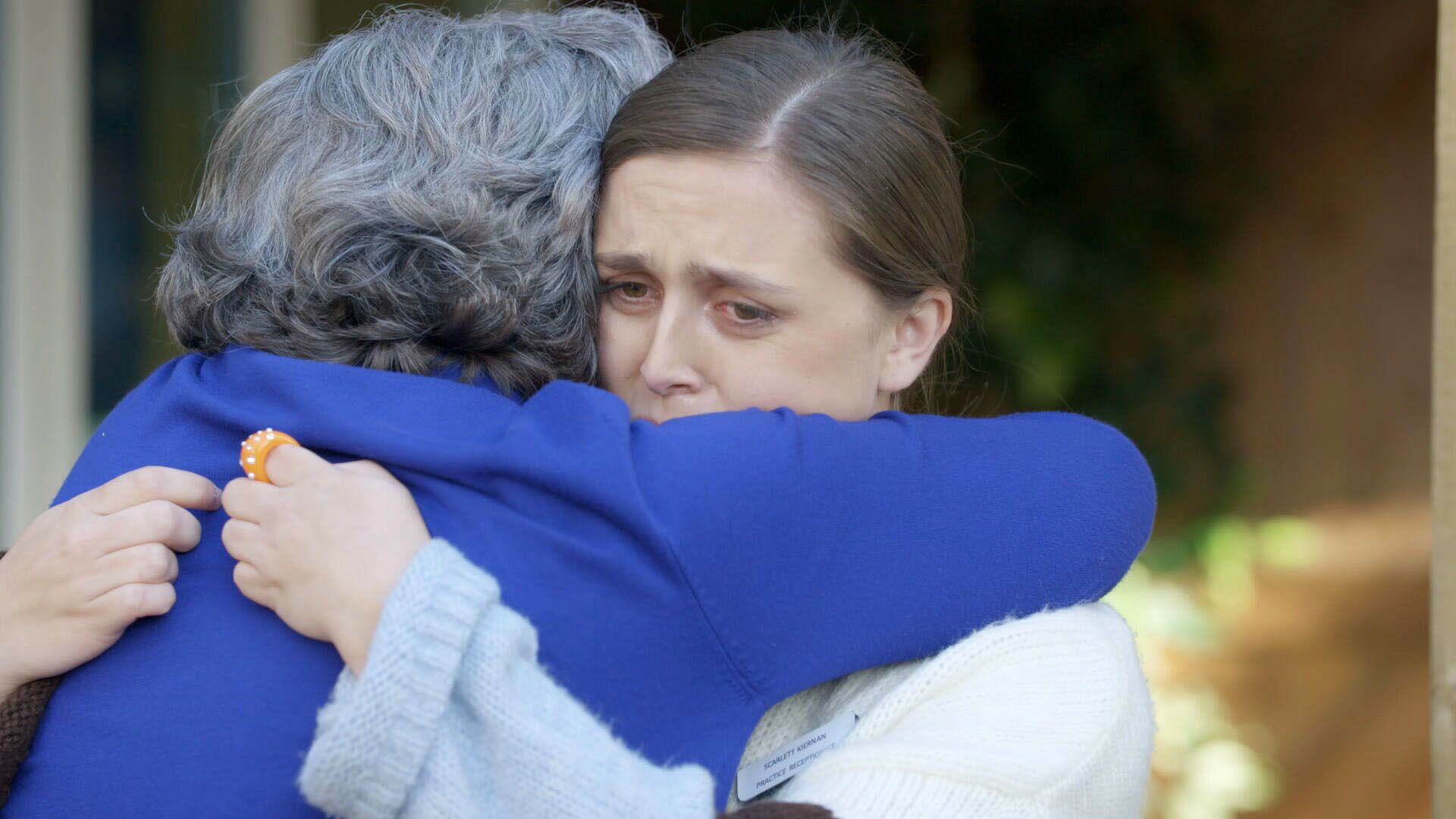 For some weeks now in Doctors, Scarlett (Kia Pegg) has been leading a double or perhaps even triple life.

In addition to her job as a receptionist, she has been determined to keep the fact she is also moonlighting as a bar worker and the fact that she and her father, Brian (Simon Lowe) are desperately poor, completely secret from everyone else.

This week, things come to a head.

First, Luca (Ross McLaren) sees her in the bar during a night out. Scarlett worries that the truth about her second job will spill out. She is right to be concerned. Sid (Ashley Rice) does indeed find out and after dithering a bit, decides to ask her about it. Scarlett reacts angrily to his concern and tells him to stop interfering in her life.

The next day, Scarlett, who is being kept going by energy drinks freely supplied by her bar job, physically collapses at work in front of Zara (Elisabeth Dermot Walsh). Zara and Sid take care of her and Sid tells Zara about Scarlett’s second job.

Neither understand why she has kept this a secret. Brian arrives and takes Scarlett home and puts her to bed. He blames himself for the situation.

On returning to work, Scarlett lashes out at anyone who shows any concern about her plight.

She rejects an offer from Emma (Dido Miles) to speak to her financial adviser. Eventually, she completely breaks down and reveals everything to Karen (Jan Pearson) as she cries into her shoulder.