For a long time, Scrubs was one of the silliest, most absurd, refreshingly innovative sitcoms. The TV show offered excellent performances, great dialogue and character work, and compelling storylines. Though many cast and crew members made the show successful, it was one man’s brainchild.

Often, TV show creators make frequent cameos on episodes. Larry David often popped up on Seinfeld, and David Chase appeared on The Sopranos. Unlike those shows, however, Scrubs‘ creator waited eight years to make an appearance on the show. Let’s dive deeper into who created Scrubs, his view on the show’s legacy, and when he finally stepped in front of the camera. 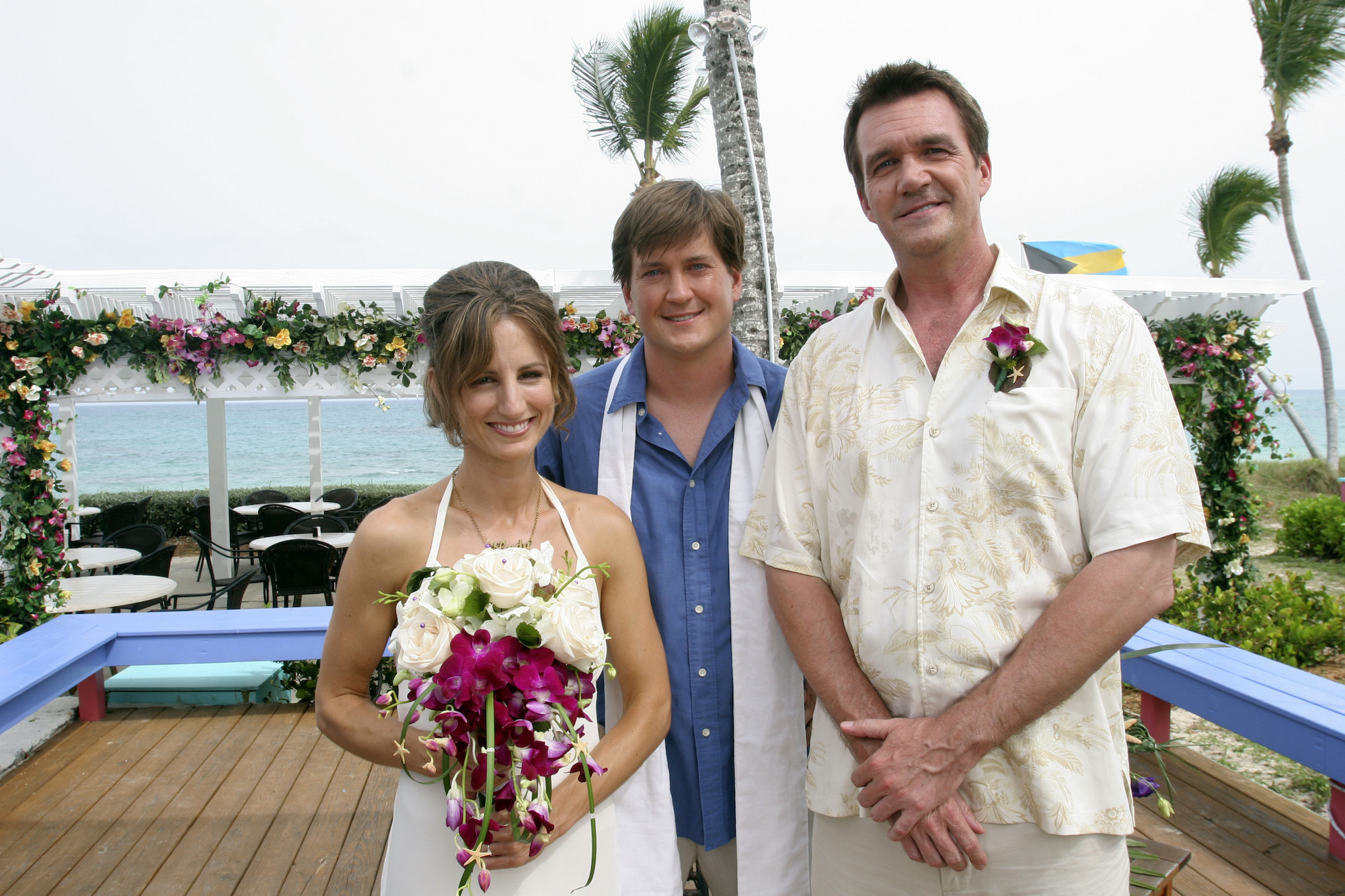 The creator of Scrubs is veteran TV writer and producer Bill Lawrence. According to his IMDb bio, Lawrence has conceived shows beyond Scrubs. He was also the creative mind behind Cougartown, Spin City, and the current Jason Sudeikis comedy Ted Lasso.

Lawrence based Scrubs‘ style off of The Simpsons. He particularly admired the way it introduced many one-time side characters for single plot lines or jokes. He envisioned Scrubs as almost a live-action version of The Simpsons. Lawrence is married to actor Christa Miller, who’s well known for stints on The Drew Carey Show and Cougartown and a recurring role on Scrubs as Dr. Cox’s wife.

The creator on the show’s legacy

Lawrence was the kingpin of the show, but it’s impossible to imagine it coming together without the writing team and cast. The cast had such effortless chemistry that replacing even one person might’ve proven disastrous. Scrubs was a medical comedy with a surreal, absurd style thanks to Lawrence. In an interview with the Hartford Courant, Lawrence spoke about why Scrubs was so successful. According to him, there are two methods for a successful show: It must be broadly appealing or have a small but passionate fan base. He explained it thus:

There are two ways to survive in television now … And one is really hard and I haven’t cracked it, which is to grab hold of this giant zeitgeist hit like Modern Family, where everyone in the world wants to see it and you just write your own ticket. The other way is to appeal to a very specific, very loyal group of people, and if you make that contract you can keep a show like Scrubs alive for nine years.

Lawrence certainly had a rabid, loyal base that enjoyed the show. But as popular as the show was, he kept himself behind the camera for the majority of its run. He finally broke that streak in the show’s penultimate season.

The first time Bill Lawrence appeared on the show

One of the show’s most mysterious and beloved characters was the Janitor, who remained nameless for most of the show’s run. Played by the hilarious Neil Flynn, the Janitor was a rival of main character John “J.D.” Dorian’s. Snippets of the Janitor’s backstory are revealed throughout the show’s run, and he gets married in Season 8. Eagle-eyed fans who watched the wedding might’ve recognized the officiant. According to ScreenRant, that role was played by none other than Lawrence. It was his first appearance on the show.

Lawrence was never one for the spotlight — he was always content to let the show’s great performers take the lion’s share of the public attention. But true fans know the integral role he played in the show’s execution. That’s why his Season 8 appearance was such a big deal — he finally got a chance to perform in front of the camera after doing such stellar work behind it.