With a statue to mark what would’ve been the late Princess Diana’s 60th birthday set to be unveiled at Kensington Palace’s Sunken Gardens on Thursday, the reunion between Prince Harry and Prince William has dominated headlines. The siblings’ bond has reportedly suffered ever since Harry decided to leave his role in the Royal Family alongside wife Meghan Markle last year. And with the two coming face to face for the deeply sentimental event, Jeremy Vine put to the panel of his Channel 5 show whether this could help mend the relationship.

However, a fiery exchange between Dr Shola and Angela quickly erupted when the conversation turned towards Harry and wife Meghan.

Discussing the brothers’ feud, first of all, Dr Shola weighed in: “The reality is they’re siblings, they fall out, they fall in.

“I would like to see that as siblings they get on, that they find their common ground again, right? But the problem is the British people and British media will not let them.

“Today, people are going to be picking on every single thing from their body language, to how he smiled a certain way, to how they received each other. 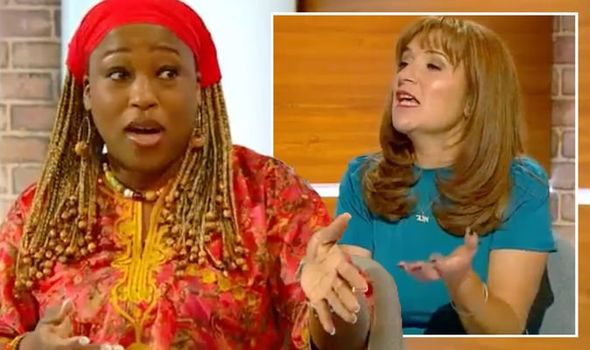 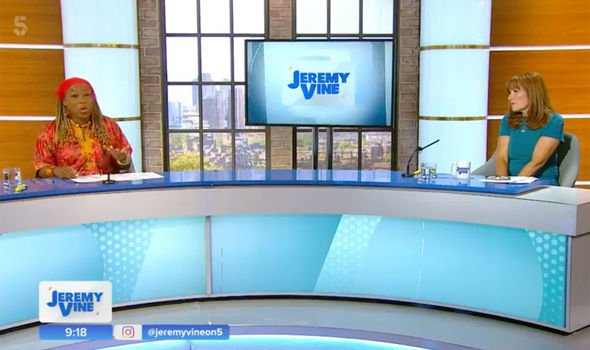 “It’s beyond daft,” Dr Shola added before Jeremy cut in to put to Angela that Harry is “triggering” to media and the public.

However, Angela jumped in to disagree with her fellow guest: “I think it’s such a blunt instrument to say it’s the media’s fault, you know, it’s always the papers.

“It’s the juiciest of stories, isn’t it? Two royal brothers, princes, fall out, and then you have that toxic interview that they gave to Oprah [Winfrey].”

Dr Shola tried to interrupt Angela’s rant but she stood firm as she continued: “Can I remind that we forget the very critical role the media play in this country in bringing public figures to account.” 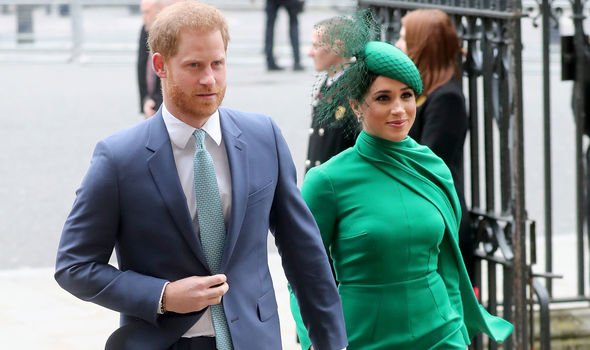 “That’s not what we’re talking about,” Dr Shola argued as Angela hit back: “No, but you’re slamming the whole media -“

But Dr Shola interjected once more to bring the conversation back to specifically Harry and his relationships with his family, claiming stories were manufactured.

Angela then referred to the famous Oprah interview Harry and Meghan did earlier this year, with Dr Shola insisting the pair “spoke their truth”.

“The media decided to lay it into them,” Dr Shola protested in regards to the Oprah fallout, with Angela hitting back: “It was dished up on a plate!”

The row continued as Dr Shola suggested the pair were “attacked” in the public, prompting Angela to sarcastically chime in: “Of course.”

But as Dr Shola began to hit at Angela’s quip, Jeremy stepped in to let Angela answer.

Angela argued: “When Harry and Meghan got engaged, there was an enormous reservoir of goodwill.

“If I could counsel you to go look at the lead columnist who wrote about it, the lead view was this is fantastic – he’s found somebody, he can have the family he’s always craved for.”

“Look at Meghan, she’s going to bring so much diversity -“ Angela continued but Dr Shola was clearly in disagreement, as she hit back: “Oh, my goodness.

“I think once again this is just an example of selective amnesia,” the Jeremy Vine guest said, prompting Angela to interject: “On your part!”

The two’s row continued as Dr Shola claimed Meghan was subject to racism in the media, prompting Angela to ask her to provide “examples”.

In the end, it was Jeremy who had to jump in to bring the entire debate to its conclusion.

Jeremy Vine airs weekdays at 9:15am on Channel 5.