Shetland: Douglas Henshall on being apart from family

Shetland season seven has just started airing on BBC One and Douglas Henshall is back as DI Jimmy Perez for his final outing. In the opening moments of the first episode, he mentioned a character called Donna Killick in a conversation. Express.co.uk has all you need to know about Donna Killick (played by Fiona Bell).

Who is Donna Killick in Shetland?

Donna Killick was one of the main antagonists in the previous season of Shetland and she was in charge of an animal sanctuary.

Throughout the course of season six, viewers discovered her dead husband Kevin used to abuse her.

To escape from her husband, she started having an affair with Duncan Hunter (Mark Bonnar), who was the father of Jimmy Perez stepdaughter Cassie (Erin Armstrong).

Kevin was believed to have killed Lizzie Kilmuir (Julia Brown) after DNA was found on the scarf used to strangle her. 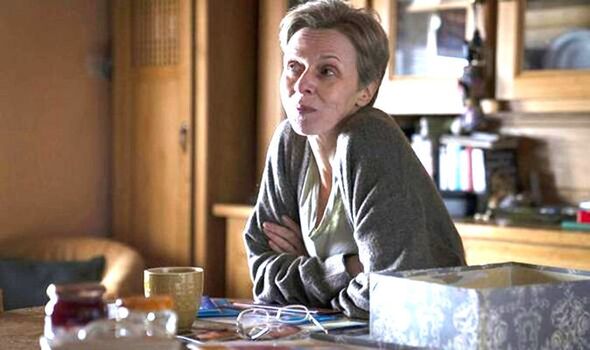 However in the end, a photograph was found of Donna on the ferry going through the trunk of her car, the day after Lizzie’s disappearance.

Jimmy interrogated Donna and she finally admitted she had killed Lizzie, after she threatened to tell Kevin about her affair with Duncan.

Donna said she had begged Lizzie not to tell Kevin out of fear he would retaliate.

Jimmy was furious at Donna for allowing Thomas Malone (Stephen Walters) to go to prison for a crime she committed.

He thought she may have been responsible for both Lizzie and journalist Sally McColl’s (Amy Lennox) murders, but Donna said she had not killed Sally.

She was telling the truth as it was revealed former police officer Drew McColl (Sean McGinley) had framed Thomas for Lizzie’s murder to protect Donna.

He killed Sally when she threatened to reveal all about what happened, adding yet another twist to the tale.