‘Signed, Sealed, Delivered: The Vows We Have Made’ premieres Oct. 17 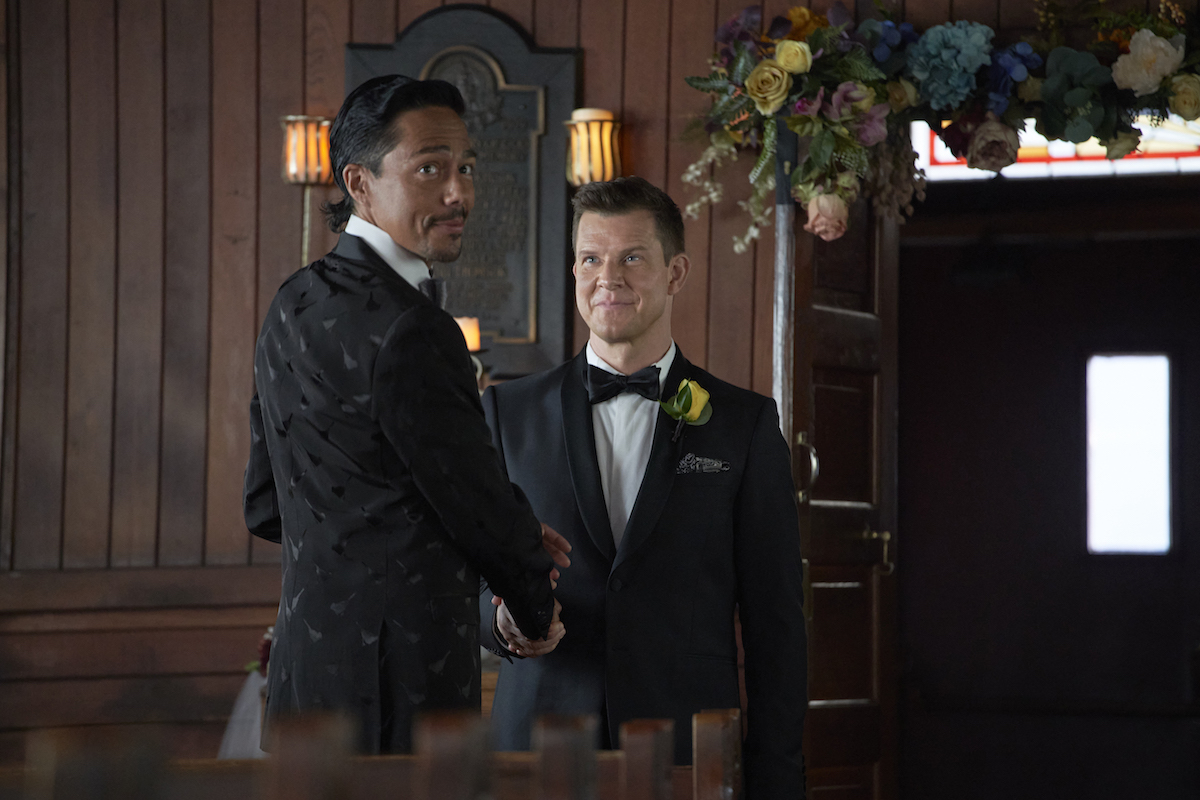 It’s been more than two years since the last Signed, Sealed, Delivered movie, but the series is finally returning to Hallmark Movies & Mysteries on Sunday, Oct. 17 with the premiere of The Vows We Have Made.

Eight years after they first met, Dead Letter Office employees Oliver and Shane are ready to say “I do” in a new move the network describes as “a love letter to all Hallmark viewers who enjoy a beautiful wedding.” But the path to the altar won’t be without its twists and turns, especially when the POstables have to solve an urgent mystery involving a sick boy. 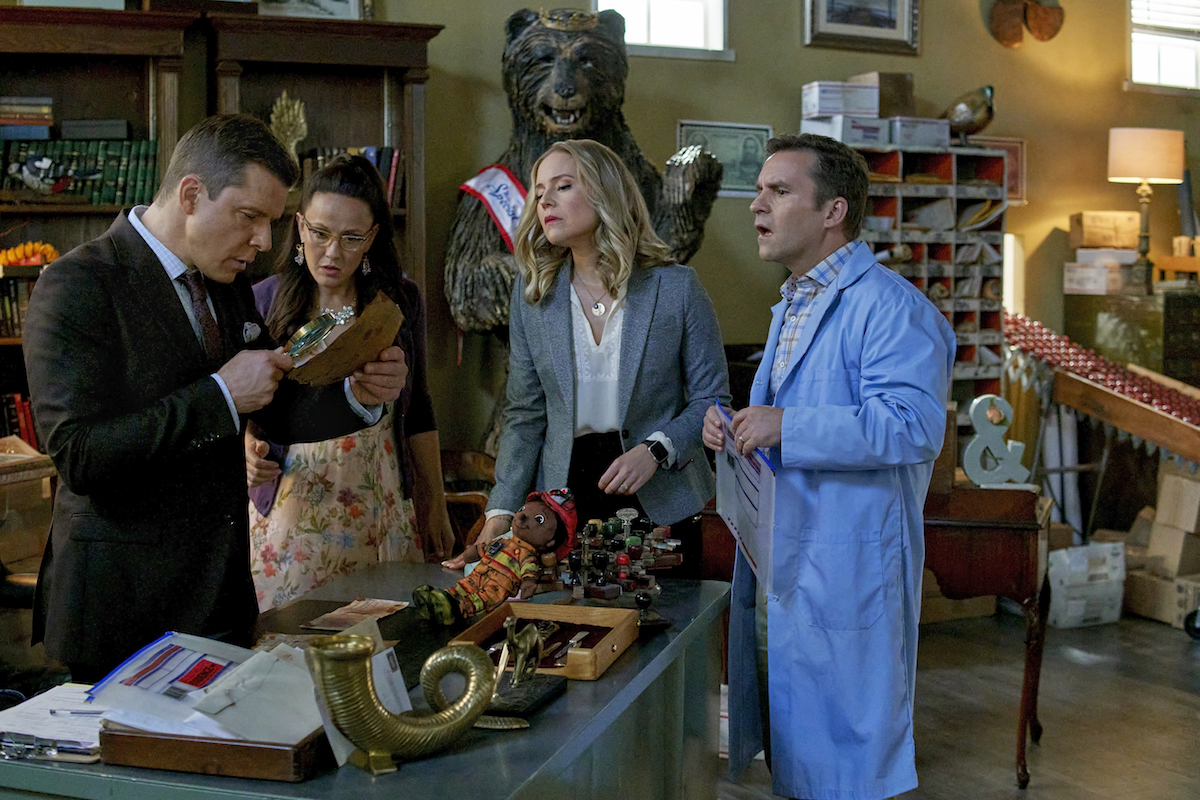 As the head of the Dead Letter Office, Oliver has helped many lost letters reach their intended recipients. But in The Vows We Have Made, he’s the one who will find his life transformed.

As Oliver gets ready for his wedding, he recalls words of wisdom from the women in his life, which give him the courage he needs at this big moment. That means longtime Signed, Sealed, Delivered fans will see some familiar faces in the new movie, including Marion Ross as Oliver’s Sunday School teacher Marion as well as Carol Burnett as Norman’s (Geoff Gustafson) grandmother Ardis. The late Valerie Harper will also appear as Supervisor Theresa Capodiamonte. 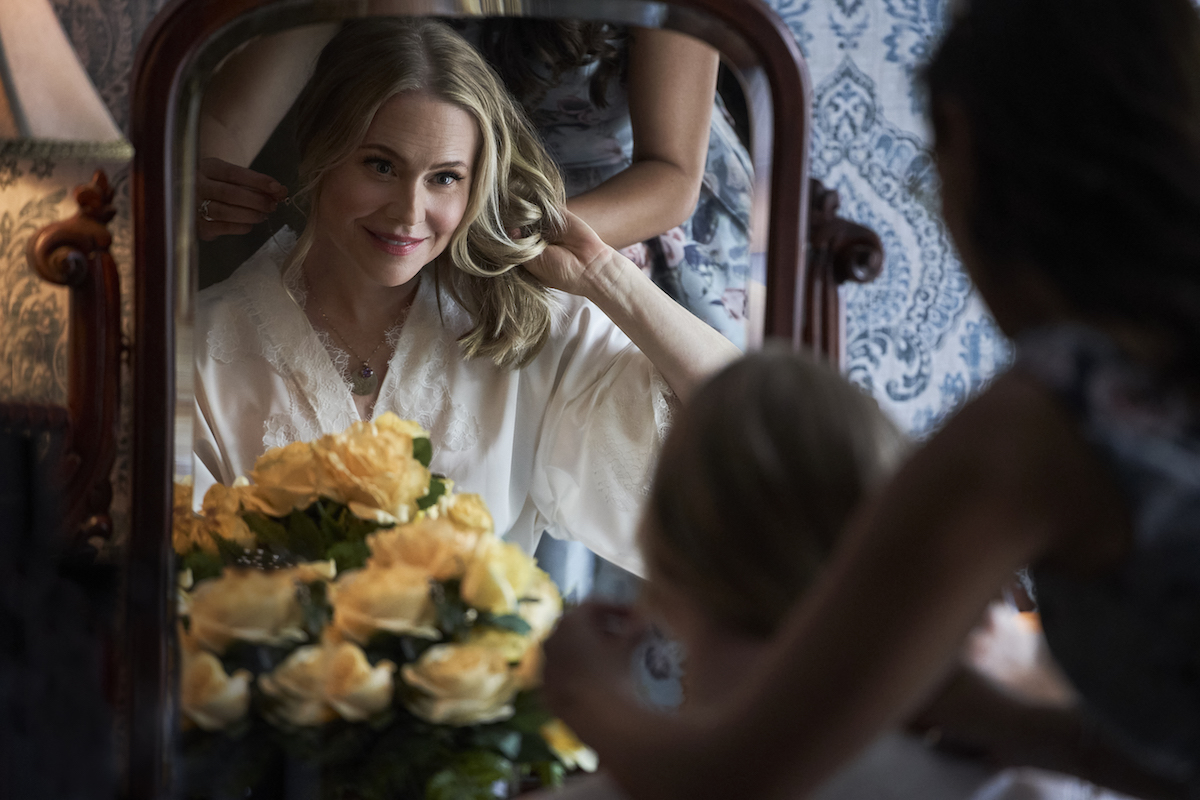 Meanwhile, Shane has to deal with her own challenges when her mother Sharon (Sherry Miller) shows up early.

So far, Hallmark hasn’t yet revealed a look at Shane in her dress or of Oliver and Shane at the altar. (Booth did share a glimpse of herself in costume on her Twitter.) But there are photos that seem to show Shane getting ready on her wedding day and of Oliver in church waiting for his bride.

A wedding isn’t the only thing on the POstables’ plate in The Vows We Have Made. The team also has to work to unravel the mystery behind an urgent letter from a young boy with leukemia. Plus, Norman and Rita (Yan-Kay Crystal Lowe), who got married in the last Signed, Sealed, Delivered movie, are looking for a new home and considering starting a family. 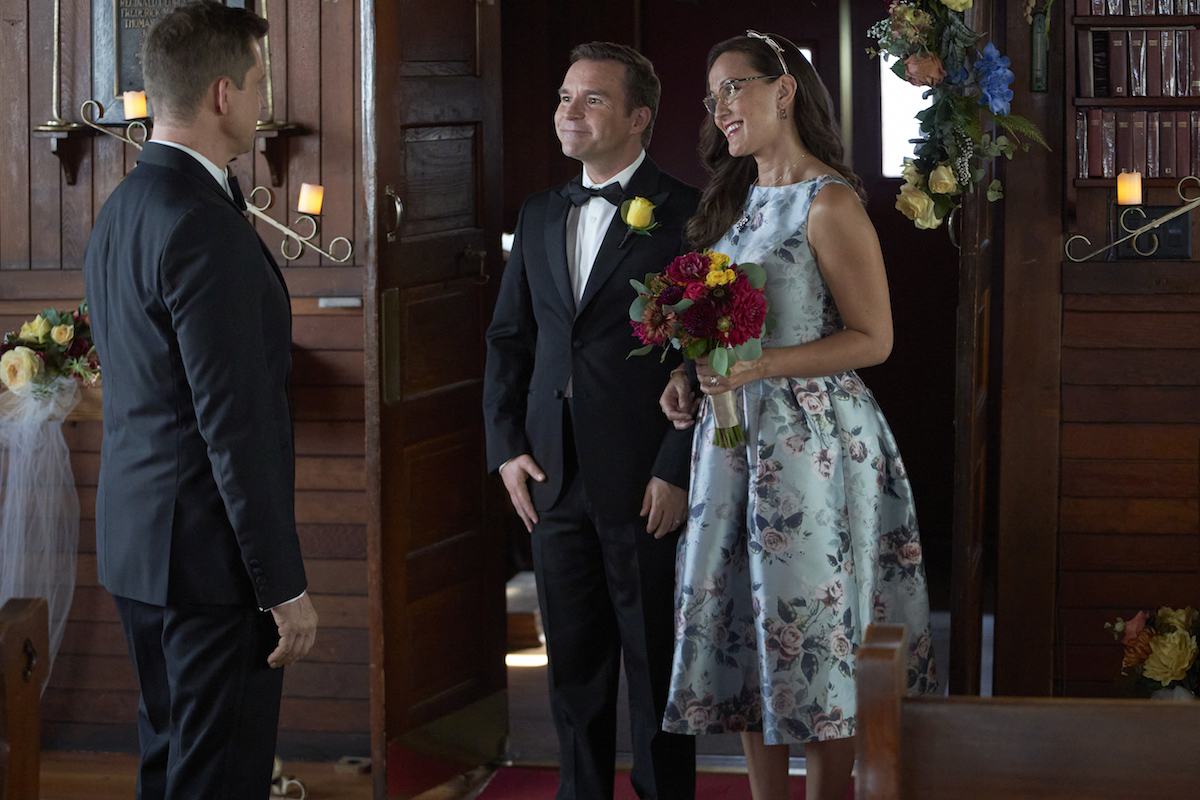 The Signed, Sealed, Delivered cast is as excited for the new movie as are loyal fans.

“It feels surreal to be back,” Booth said in a behind-the-scenes video for Hallmark Movies & Mysteries.

“This movie feels extra special because this one really just tied in so much of our journey to get here,” Lowe said.

“We have been waiting so long for this,” Mabius said. “It’s really nice.”

Signed, Sealed, Delivered: The Vows We Have Made premieres Sunday, Oct. 17 at 9 p.m. ET on Hallmark Movies & Mysteries.