IN a retail park packed with car-body repair and remould shops a recasting business of a different kind sits.

Reputations of the rich and famous are being pulled apart in this West London warehouse — then cruelly reconstituted by the Spitting Image team. 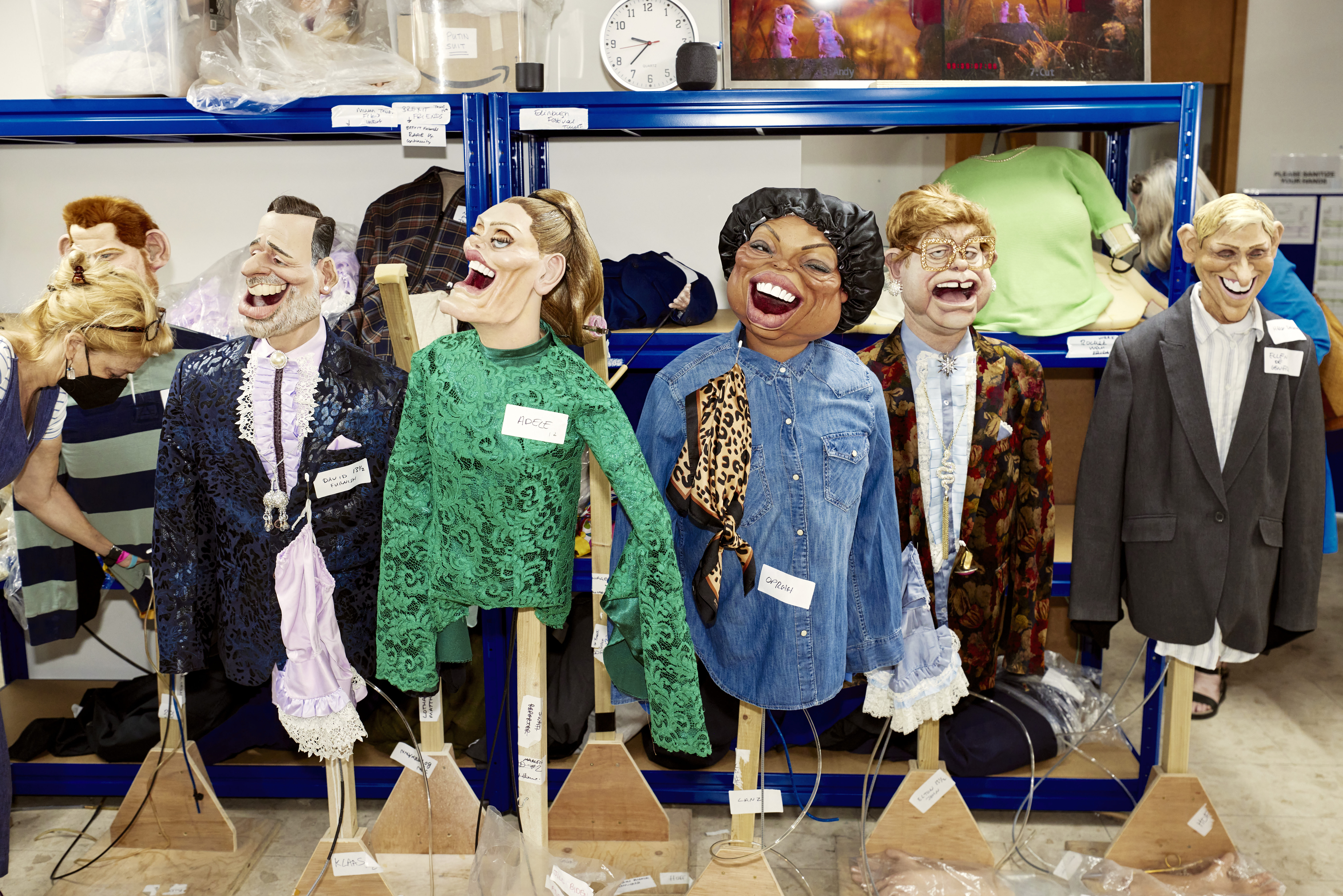 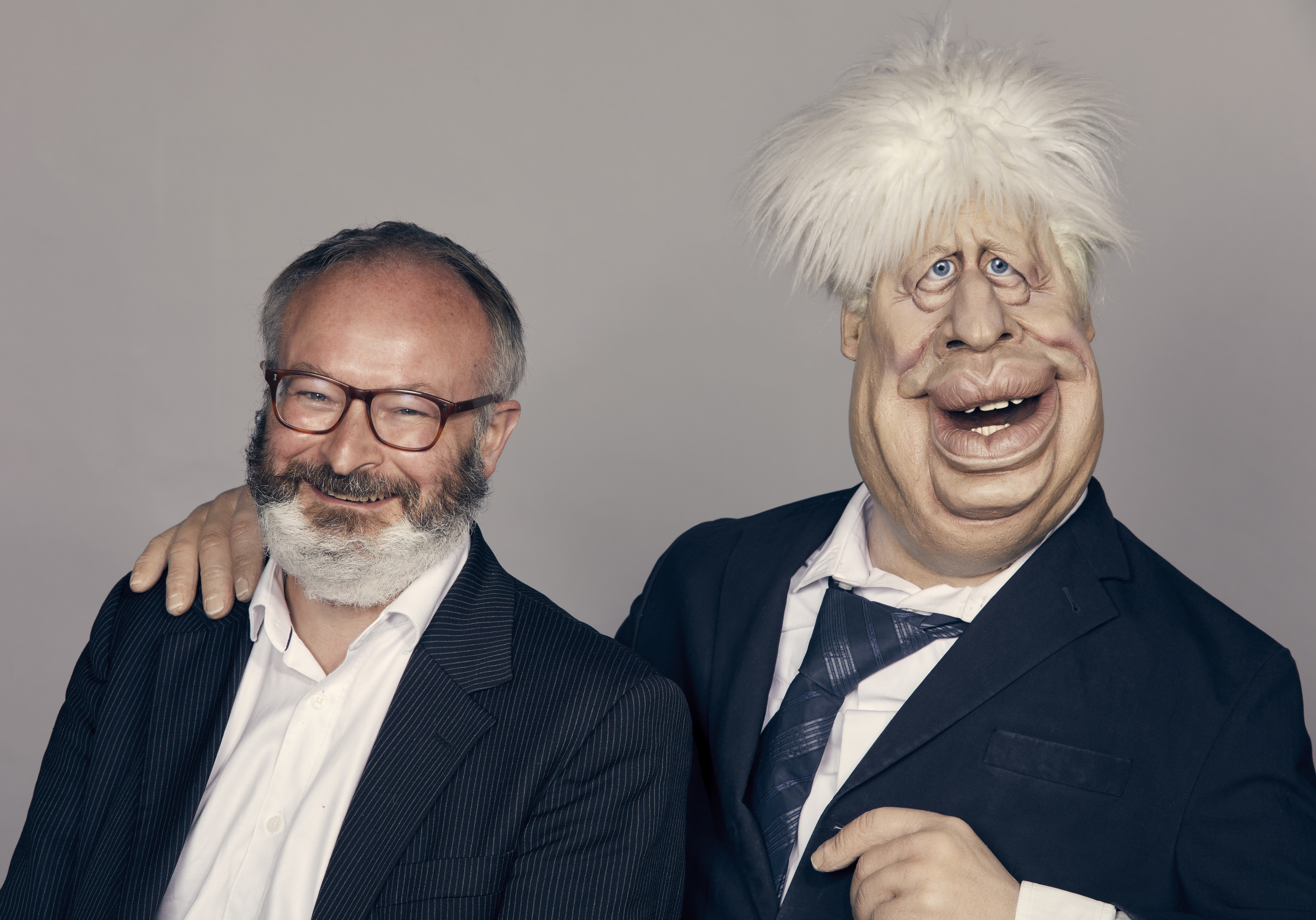 After last year’s comeback, following almost a quarter of a century away, the latex lampooning returns on Saturday to streaming service BritBox. And The Sun was invited behind the scenes.

Puppet makers revealed the secrets of behind some of their most infamous figures of fun, such as Boris Johnson’s blond mop being a cushion cover from Matalan.

And the voice talent insist the satire is as biting as ever, amid carping over its portrayal of some figures such as eco activist Greta Thunberg and rapper Kanye West.

Impressionist Matt Forde, who provides uncanny voices for puppets of Donald Trump and Boris Johnson, says: “You don’t want a topical comedy show where you can’t have Marcus Rashford and Greta Thunberg in it, two of the most influential people. It would be a bigger problem having to justify why we don’t have these titans.”

The new series continues to lampoon the great and good.

A First Dates sketch involving the Queen and Microsoft billionaire Bill Gates seems sure to generate a deluge of complaints from “disgusted of Tunbridge Wells”.

We will see Health Secretary Sajid Javid portrayed as The Addams Family’s Uncle Fester and former Scottish First Minister Alex Salmond as Shrek. On our studio tour we saw a very mini Tom Cruise dining with Harry and Meghan. 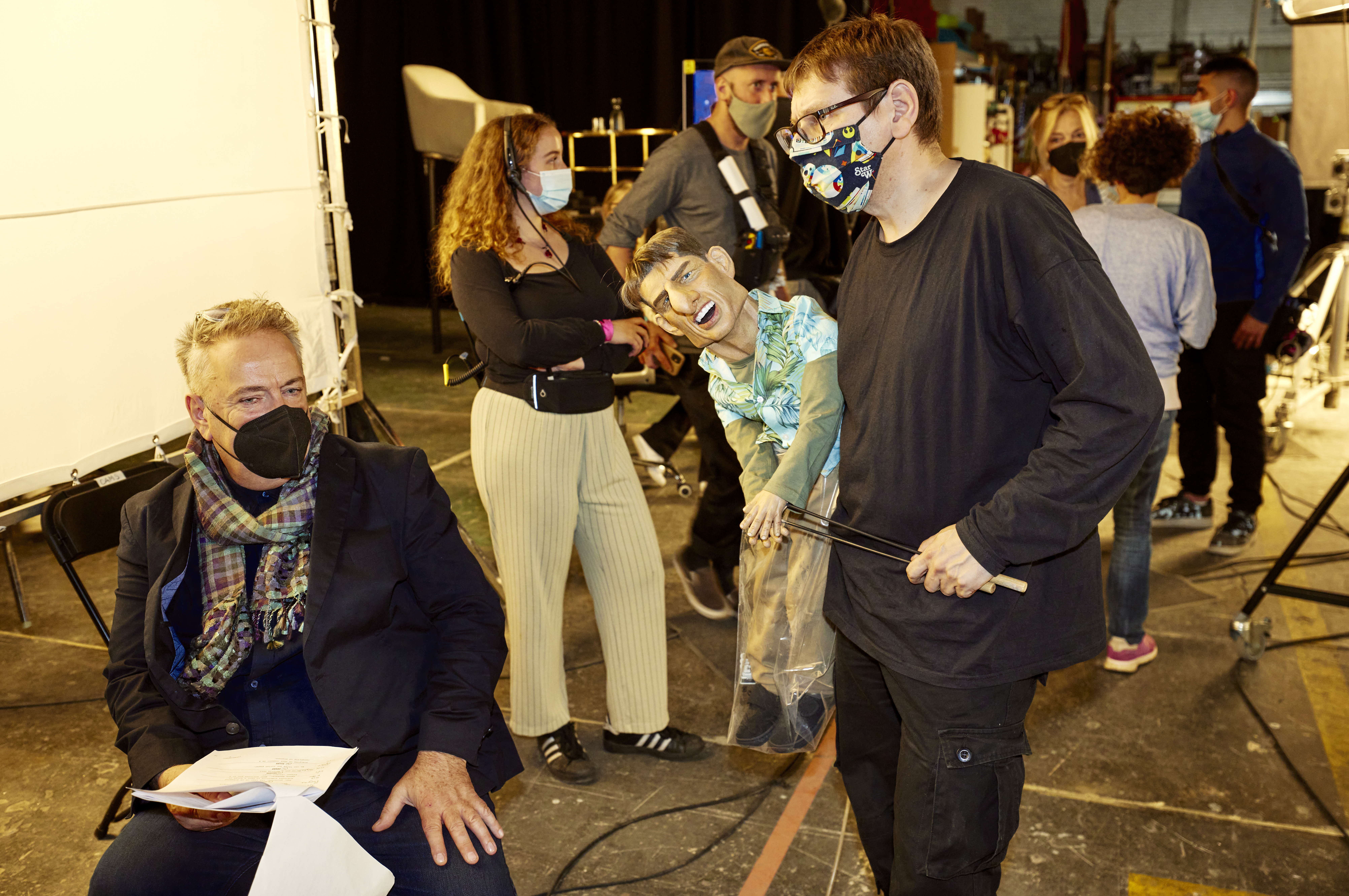 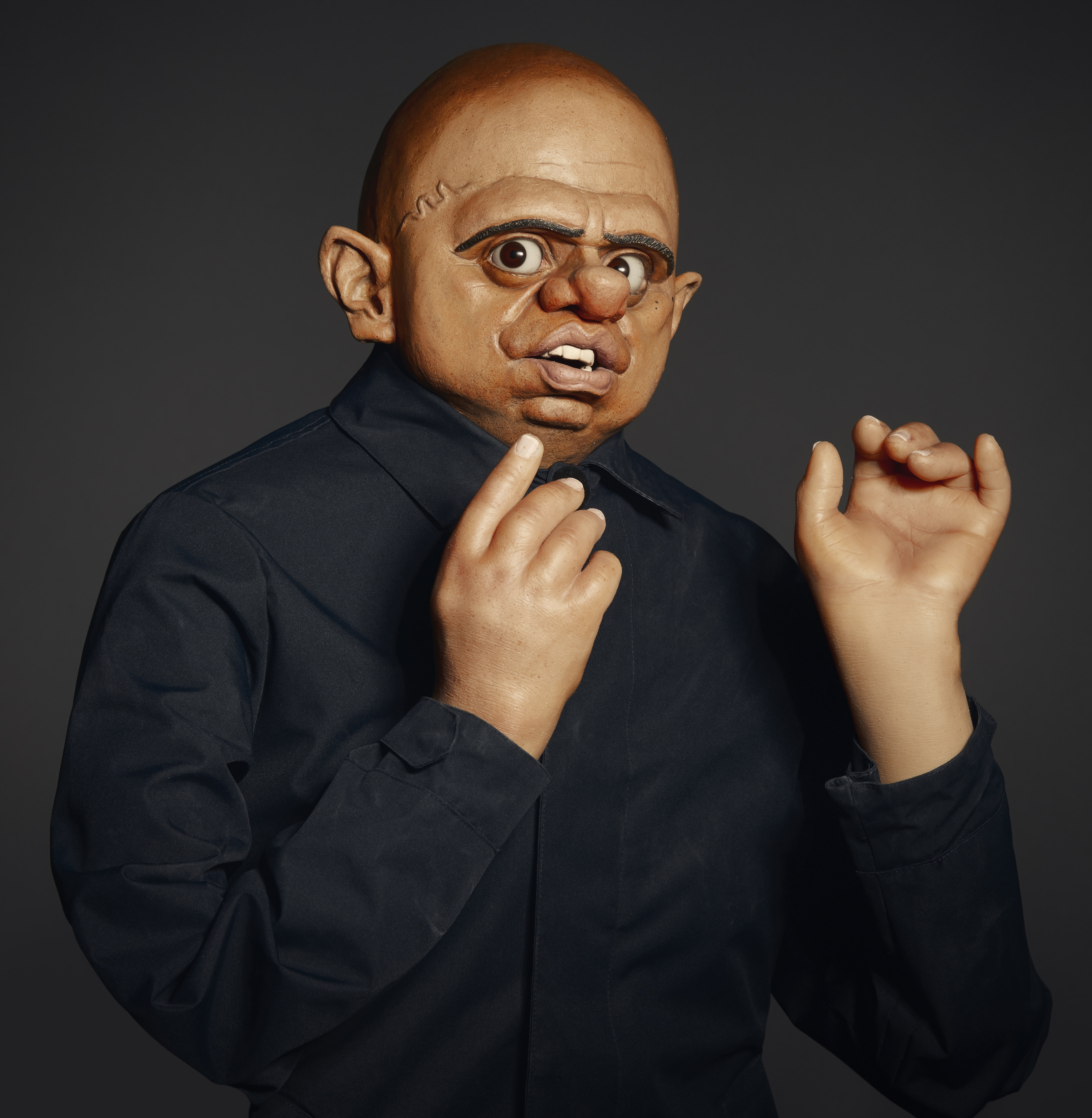 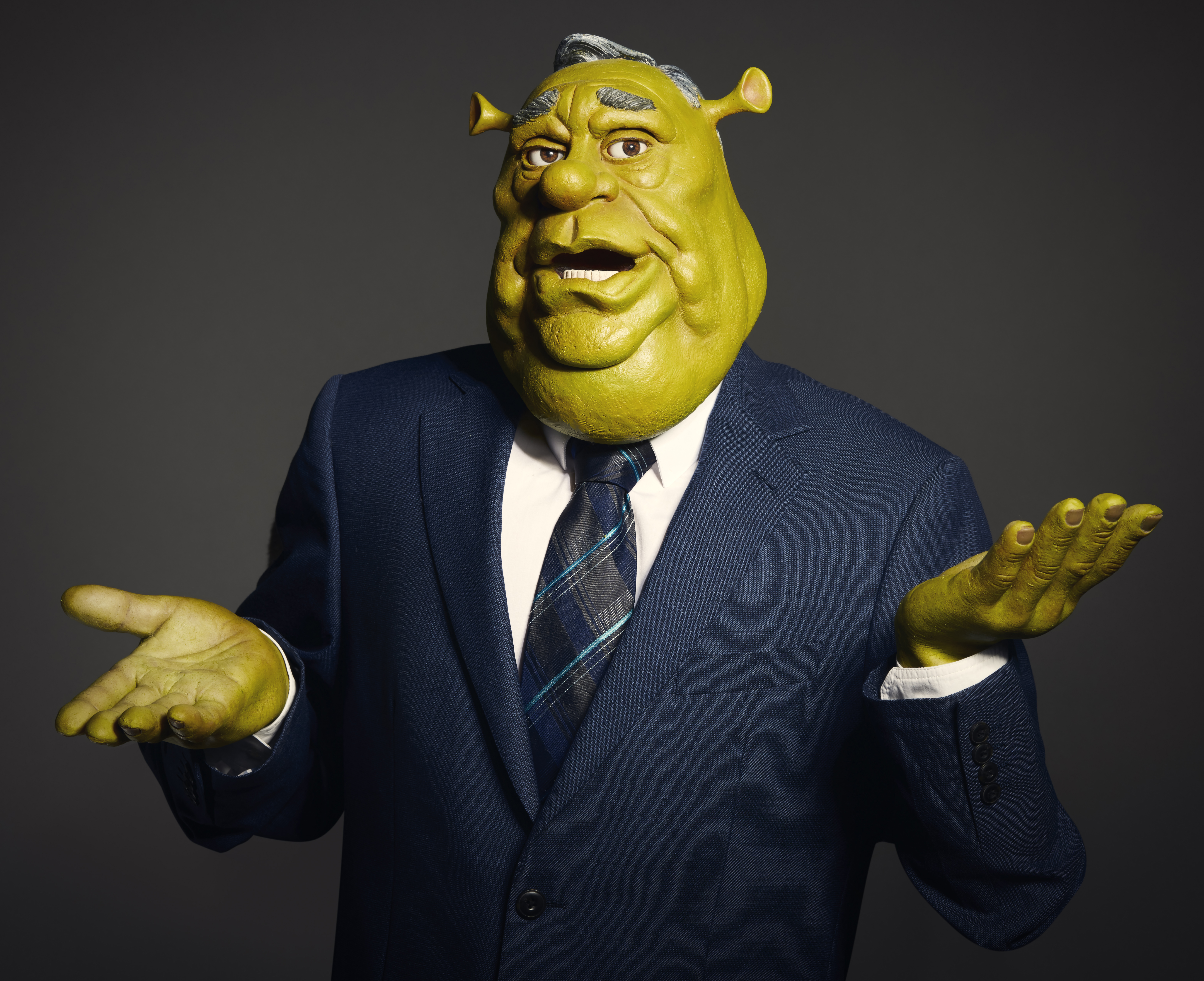 More than four million viewers tuned in for the US election special on ITV last autumn and Matt says a part of him is disappointed Trump is no longer in office.

He says: “Part of you doesn’t want to stop having this amazing thing — but the show isn’t credible if we keep digging this guy up because he is funnier than the new guy.”

While Home Secretary Priti Patel is portrayed as a vampire and former Tory mastermind Dominic Cummings is a baby-eating alien, the team say Opposition figures are hard to lampoon because they are so anyonmous.

Showrunner Jeff Westbrook says: “Who knows the Labour front bench? It’s a real problem. We are trying to do something with Jess Phillips.”

Impressionist Jess Robinson, who does the voices of Adele, Melania Trump and Kim Kardashian, reckons lots of celebs secretly love being spoofed.

She says: “People like thinking they’ve ‘made’ Spitting Image. I did a similar show a few years ago and Duncan Bannatyne and Piers Morgan came up to me at this party saying, ‘Please tell them to do us, we can do our own voices’. Saddoes."

The production team behind the scenes show as much respect for authority as the writers. 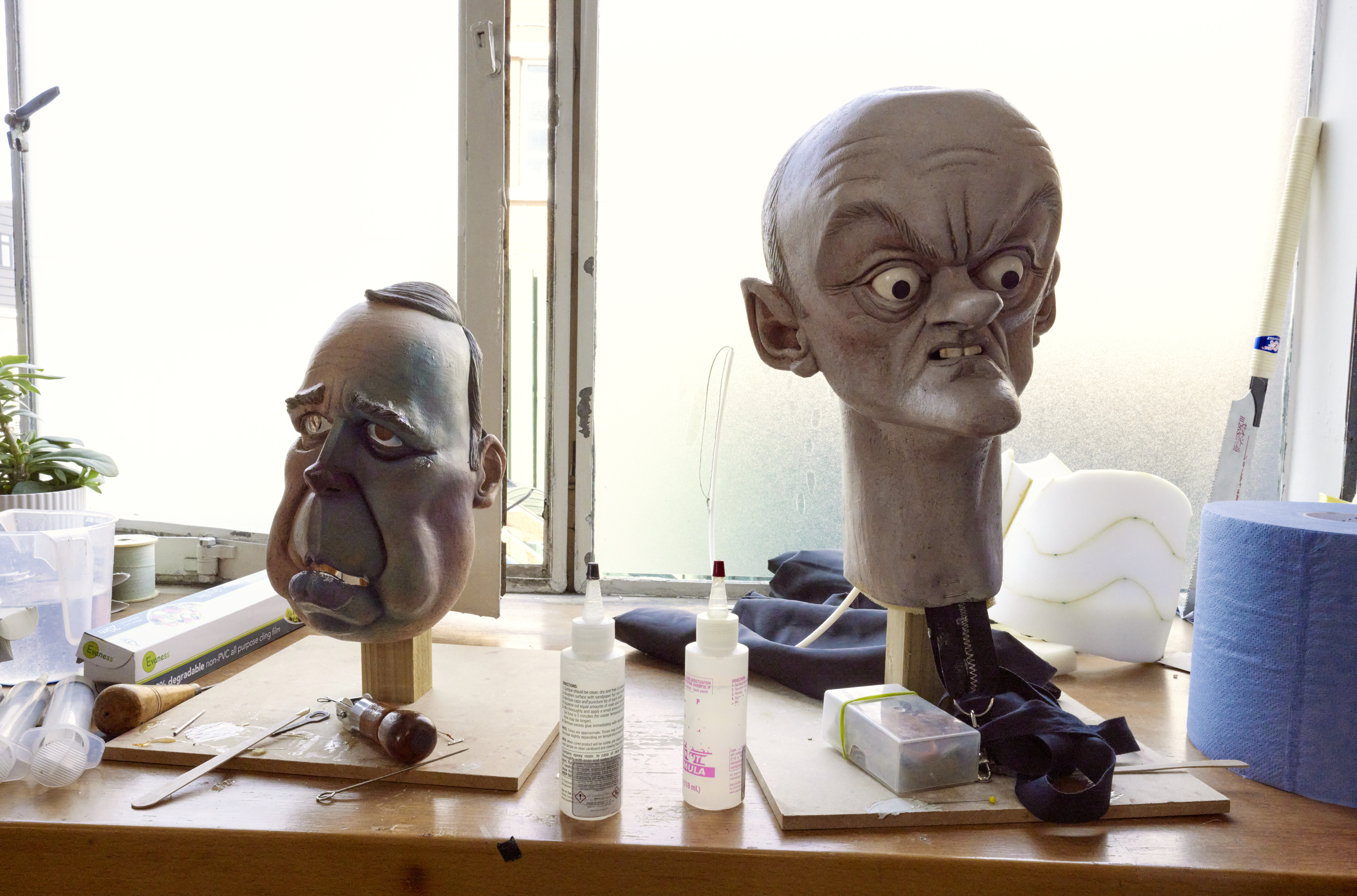 Puppet studio manager Lotte Collett joked that Harry’s head “can be severed”. Greta’s hands are from the same small mould as Trump’s.

Most of the puppets are life-size to accommodate the arms of two or three puppeteers at once.

The technology has not moved on far since the show’s debut in 1984.

Cummings’ throbbing head is operated with string glued to the inside of the latex skull.

It normally takes four days for a puppet to be created but it can be done in two if needed urgently for a topical skit — leaving little time for performers to rehearse a new voice.

Jess says: “You say, ‘I can definitely do it’ — then you worry. You find as much time as you can to watch (them on) YouTube. I call my mum and do the voice to her because she is the most critical person I’ve ever met! If it passes her, it might make it into the show.”

Is any issue too controversial for the rubber treatment?

Jeff says: “I don’t think anything is behind a red line. Transgender is touchy but we wouldn’t say anything is out of bounds.”

Matt concludes: “With Trump you can say anything. Greta and Marcus are the conscience of any piece.” 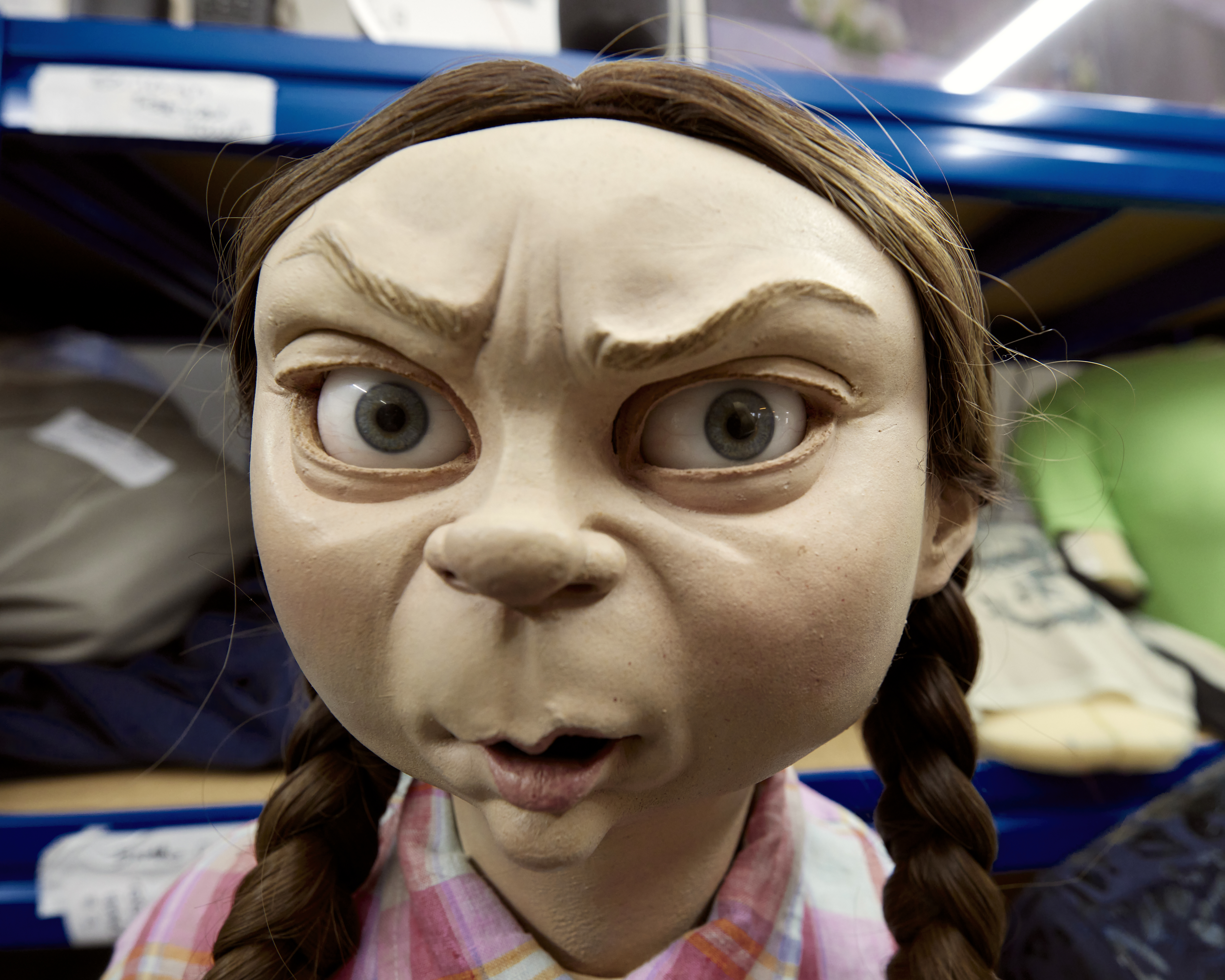