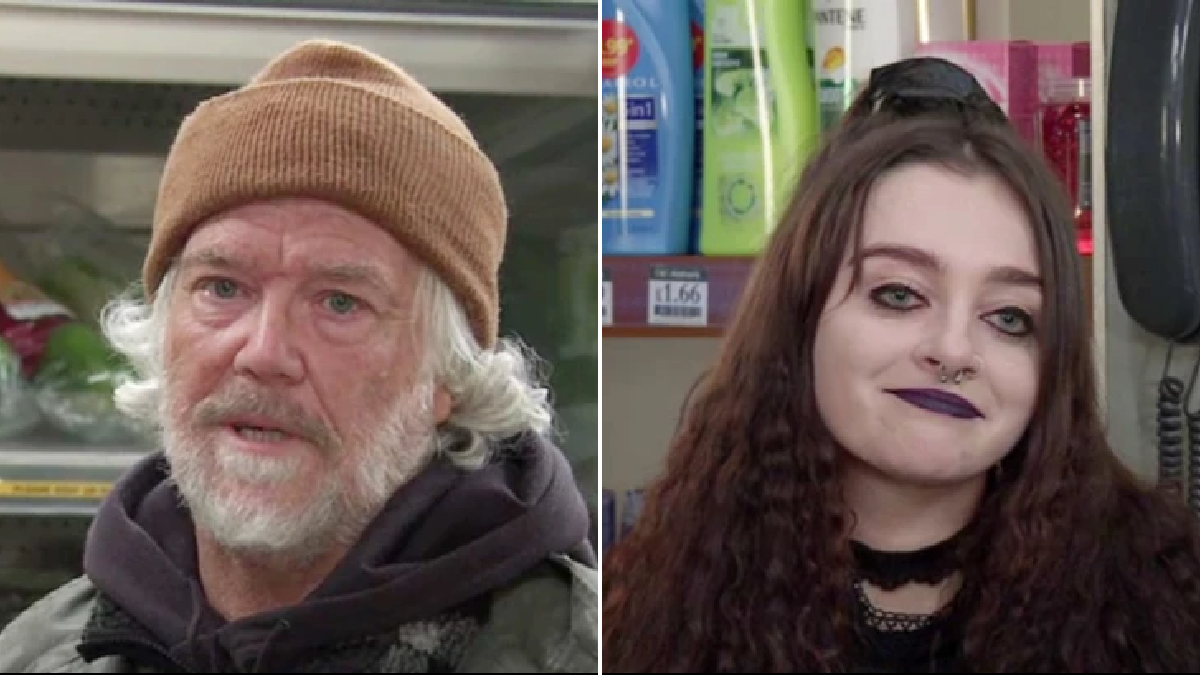 A few weeks ago, Stu entered Speed Daal to pick up some spare food and was carrying the same Weatherfield County backpack Corey had on the night of Seb and Nina’s attack.

This week, Stu entered Dev’s (Jimmi Harkishin) shop which led to Asha realising the homeless man was literally holding the answer to getting Corey sent down.

Perhaps unsurprisingly, homeless Stu blackmailed Corey this week, saying he could have the bag back – for a price.

Initially, Stu left the girls and hurried away, but in a very smart twist, Stu played Corey at his own sly game.

Stu met up with Corey, demanding the cash.

With money in his hand, Stu left, and viewers watched Corey get his hands on the bag.

The twist? Stu had taken the bloodied clothes from the backpack and was making his way over to Weatherfield as realisation hit Corey that he was in serious trouble.

Stu entered the shop with the clothes, explaining to a tearful Nina and Asha that he thought about selling the expensive gear, but wanted to give them the clothes because ‘people like him [Corey] treat the world like garbage and get away with it just because they’re minted’.

Asha and Nina took the clothes to the police, where the detective explained forensics would do their very best to find something.

Returning home, Nina and Asha sat in Victoria Garden and in heart-warming, emotional scenes, they both agreed to start their relationship again.

Hand in hand, things are looking positive for Nina and Asha.

Will Stu’s heroic move be the reason for Corey’s downfall?

Time is running out for him, that’s for certain.