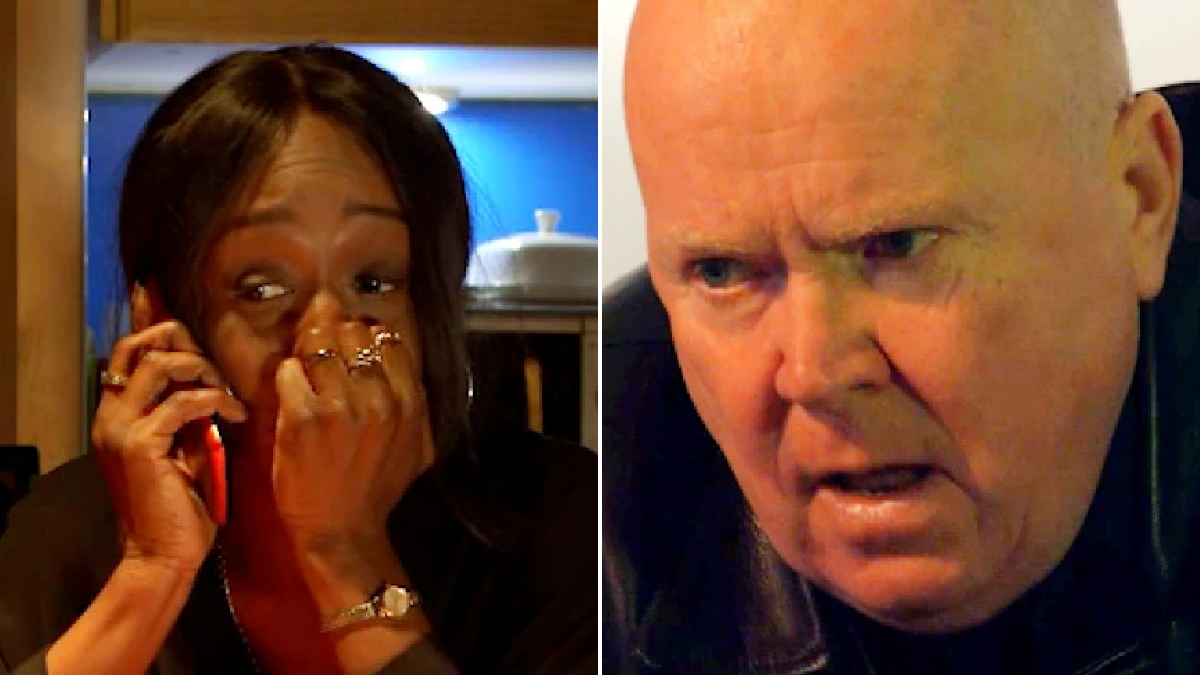 This may come as a shock to you – Phil Mitchell (Steve McFadden) has handed himself into the police in EastEnders.

After kidnapping Raymond, Phil has spent time on a caravan park, aware the police are after him.

Initially, Phil was planning on fleeing England to start a new life with Raymond under new identities.

Passports at the ready, Phil asked Kat if she would give up her life in Walford and go on the run with him.

Fortunately, Kat didn’t agree to the offer and wondered if Phil should stay and face the music instead.

As Sharon and Kat returned Raymond to a relieved Denise and Jack (Scott Maslen), they wondered where Phil was.

Denise, Jack and Kim (Tameka Empson) were stunned when Kat announced Phil had given himself up.

Meanwhile, in the station, Ritchie told Phil that if the police find enough evidence to connect him to Vincent’s murder, he’ll see out his days behind bars.

Given the fact he thought he’d get 5 or 7 years, Phil was shocked.

So, what does the future hold for him?

Is it goodbye Phil?