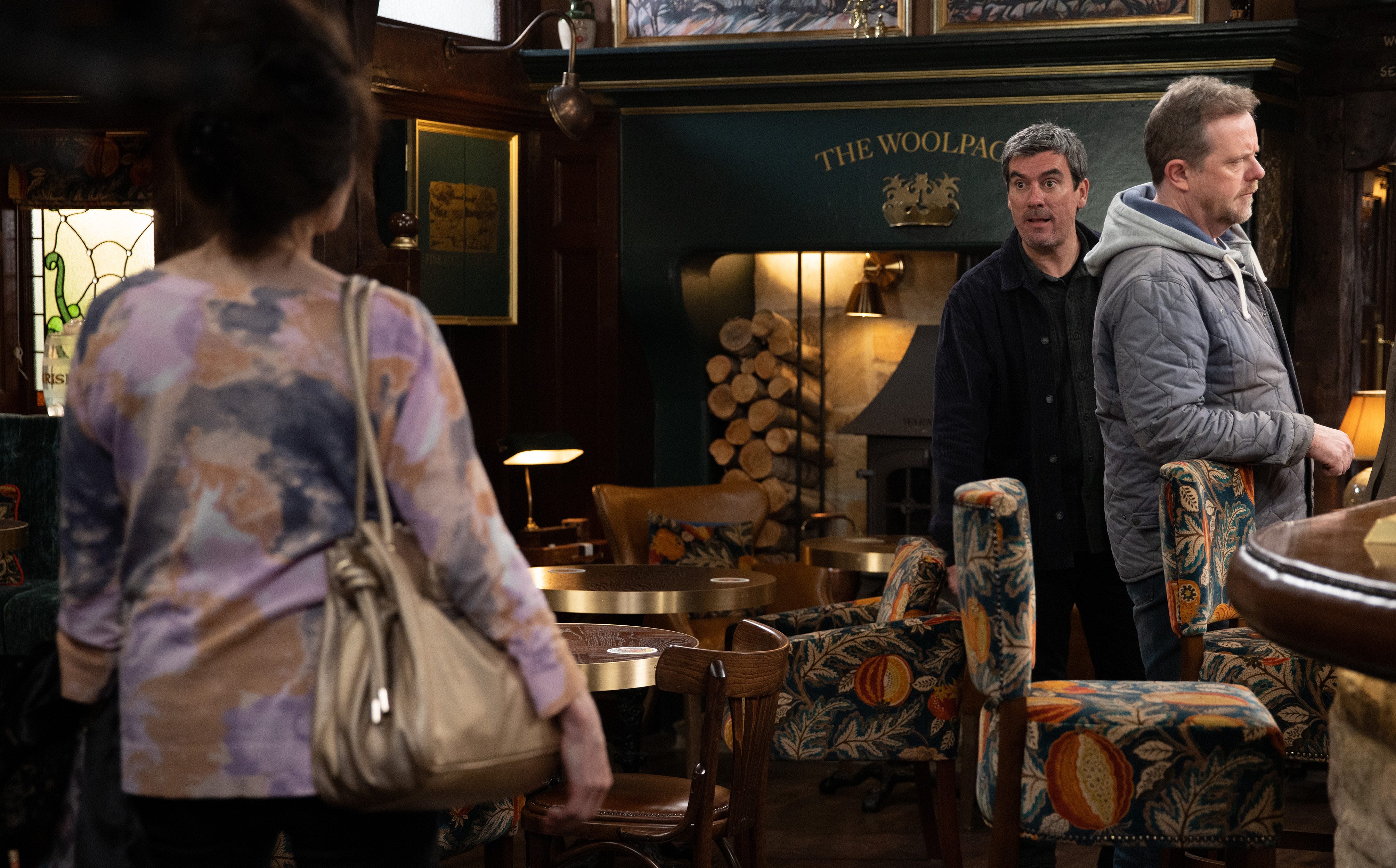 Faith (Sally Dexter) and her son Cain (Jeff Hordley) have always had a troubled relationship ever since she first arrived in Emmerdale, but things are set to get even worse between them as her behaviour becomes more and more destructive.

In upcoming episodes she makes an attempt to make things up with Cain, but he’s in no mood to be compromising and unleashes a torrent of abuse at her.

Even Chas (Lucy Pargeter), who is usually willing to be more positive to Faith, has no time for her and tells her to get lost.

Later, a frustrated Faith picks a fight in the street with Amelia (Daisy Campbell) and offends her. Then she grabs one of Amelia’s dumbbells and throws it through the window of Dan (Liam Fox)’s door. Moira (Natalie J. Robb) looks on, appalled at Faith’s actions.

So what’s driving Faith’s bad behaviour? Emmerdale producer Laura Shaw told us that ‘Faith has a huge, big and shocking secret. That’s revealed to Moira, and she becomes the one who discovers it first, there are some touching scenes between those two coming up.’

Laura also talked about the impact of all this on Chas and Cain.

‘They have a lot going on as Faith’s secret will impact them. We’re about to start shooting a special episode that made me cry. It explores more of their rich history and how their upbringing hugely affects the decisions they make in the present. Beyond this we will certainly see that not all the decisions are good ones.’