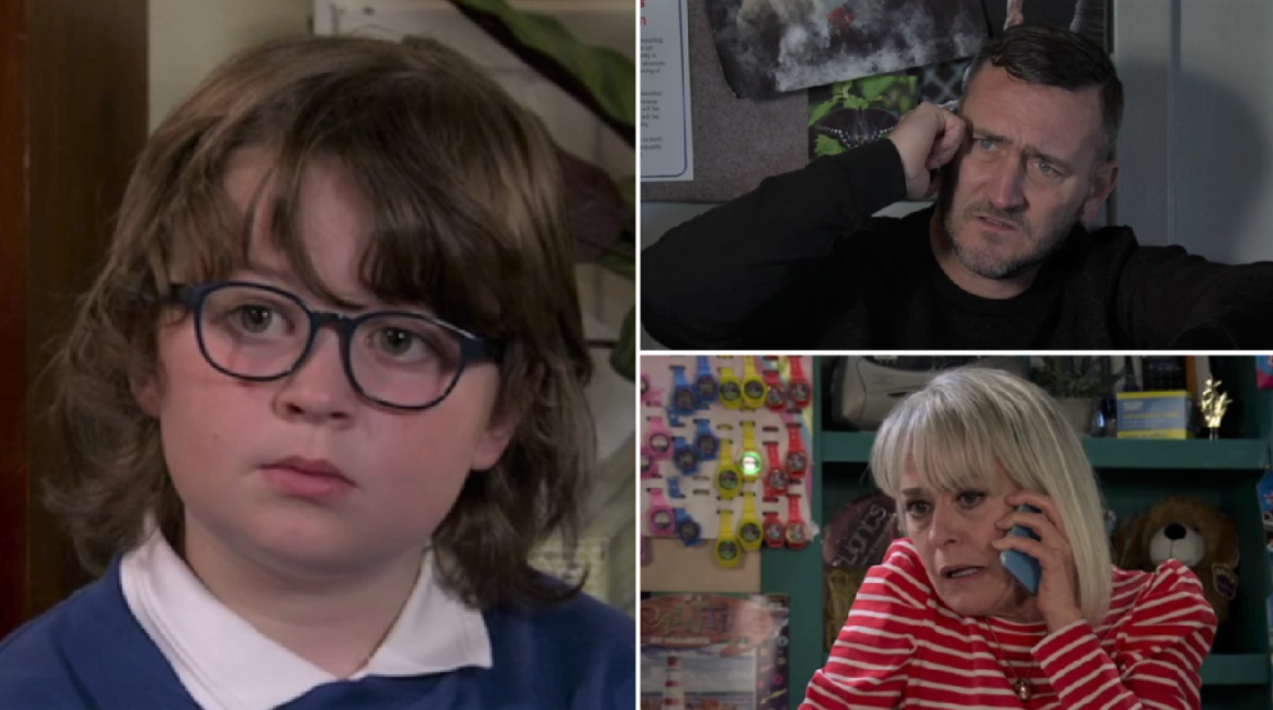 Viewers discovered the real reason behind Sharon Bentley’s (Tracie Bennett) return in Coronation Street in Monday’s (April 26) edition of the ITV soap. Not only was Sharon working for drug lord Harvey (Will Mellor), but it transpired Sharon is also Harvey’s auntie.

With Harvey determined to reduce his time in prison, he’s forcing Sharon to find a way to get to Leanne (Jane Danson) – who’s still in hiding with Nick (Ben Price) and Simon (Alex Bain).

We left Monday’s episode with worrying concern that Sharon could be about to use young Sam (Jude Riordan) as a way to get to Nick and Leanne. Tonight, we were certainly right to be concerned as Sharon began interfering in Sarah’s (Tina O’Brien) plans for Sam’s birthday tea.

Making herself at home, Sharon set about helping Sarah but made sure she pried for information about Leanne and Nick. When Sarah received a text from an unknown number claiming to be Nick, she hurried away, meaning Sharon had the perfect opportunity to speak to Sam on his own.

Sharon successfully managed to encourage Sam to call his dad, who he was clearly missing on his birthday. As Sam spoke to Nick, Sharon overheard everything, knowing he was the key to ultimately getting to Leanne.

Sharon’s plans at getting information out of Sam were a success. After she told him that he could confide in her, the innocent lad told Sharon absolutely everything about Leanne and Nick – including Oliver’s death, Leanne being a police informant and them going into hiding.

Sarah returned from what she thought was a meeting with Nick. However, when Sharon was alone, viewers discovered she was behind the text message.

Alone in the Kabin, Sharon received a call from Harvey wanting an update. Harvey was annoyed at Sharon’s lack of haste, but she told him about Sam which clearly sparked an interest in the drug dealer.

Sharon told her nephew about her new plan but warned Leanne wouldn’t go down without a fight.

‘Canines can be silenced’ Harvey responded, reminding Sharon that she was in way too deep to refuse any orders.

Sharon was terrified Harvey’s threat could hint at him hurting Sam soon – but will he?

How much danger could Sam be in?