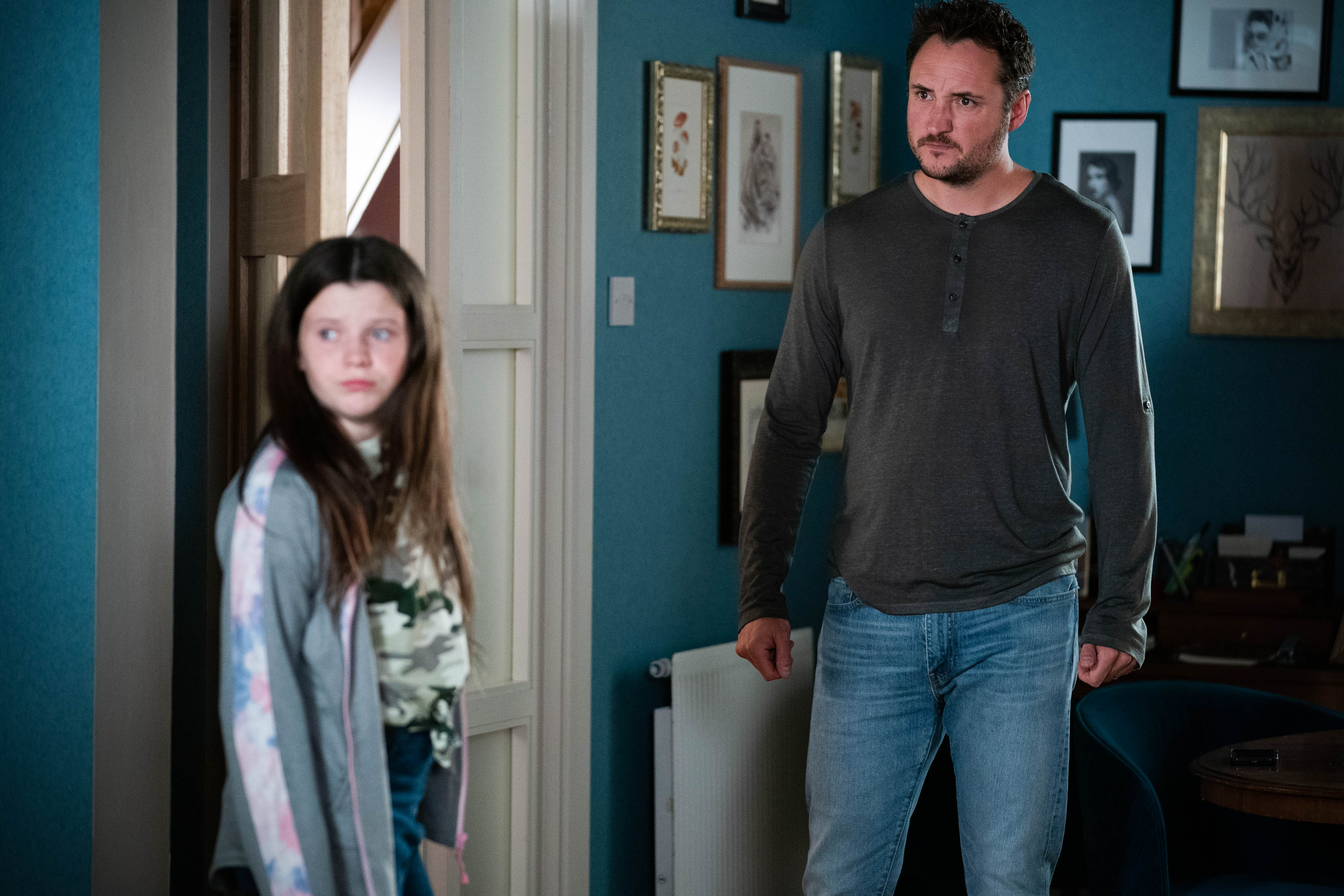 Ruby’s guilt has been increasing over Stacey’s (Lacey Turner) arrest in recent weeks.

Jean, meanwhile, is facing huge trouble after discovering the drugs in her garage haven’t died as she had hoped.

As the aftermath of Phil’s (Steve McFadden) house fire begins, the police arrive but it’s Jean they take in for a possible drug offence.

Jean faces questioning and at Martin’s, Lily reveals she got her weed from Jean’s and Ruby knew.

Ruby tries to reason with Martin, but he knows something isn’t adding up.

Later on, Martin notices a text from the police on Ruby’s phone from the police, thanking for her help and informing that a drugs related arrest has been made.

As the penny drops, Martin is furious, but what could it mean for their relationship?