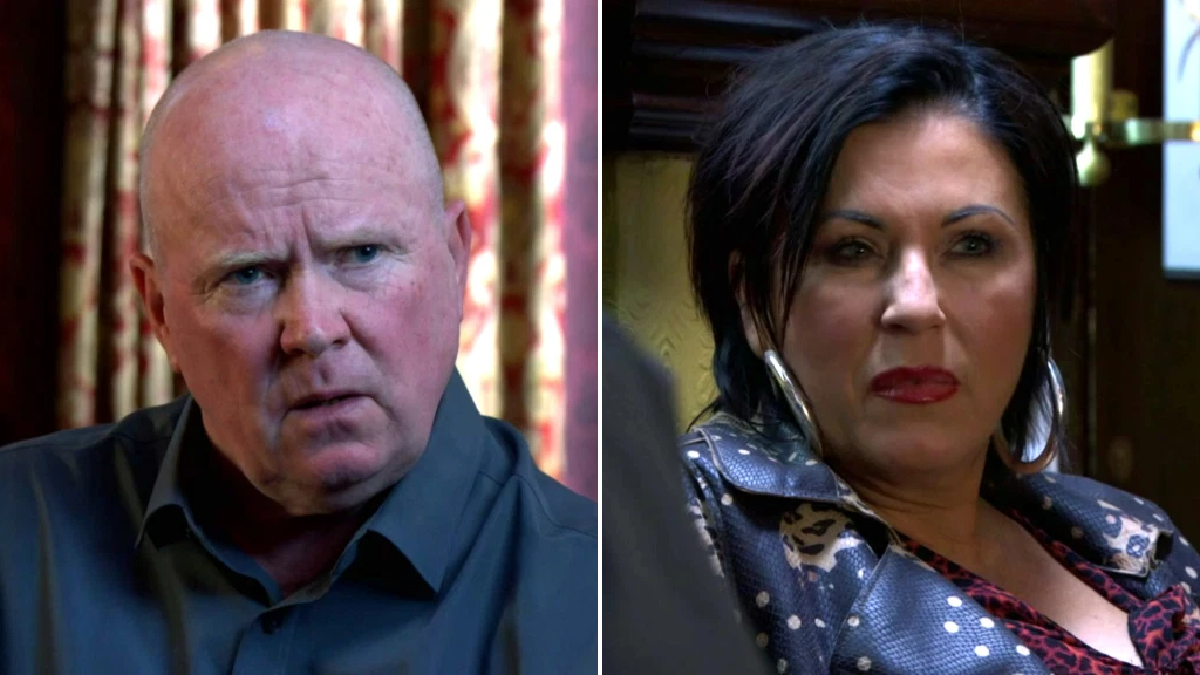 As Isaac’s schizophrenia took hold, he locked himself in Patrick’s (Rudolph Walker) house, too overwhelmed by the voices in his head to communicate with his family, who were desperately waiting for him outside.

Eventually, after a chat with Lola (Danielle Harold) and Patrick, Isaac stepped outside. However, as he was holding a broken bottle, a police officer thought Isaac could be a danger to those around him and tasered the teacher in shocking scenes.

Surprisingly, Phil was angry at Denise (Diane Parish) for failing to tell him that Raymond was living under the same roof as Isaac – a man with schizophrenia.

Cruelly and wrongly, Phil called Isaac a ‘nutter’, and then told Kat there was no way he would let Raymond live with a ‘maniac’.

As Kat listened to Phil, she glanced over to Sheree, knowing she was overhearing everything.

Shockingly, Kat failed to put Phil in his place.

Given the fact that Kat has spent years living with Jean (Gillian Wright) and Stacey (Lacey Turner), two family members with mental illnesses, you’d think she’d be confident enough to remind Phil that someone with a mental health problem isn’t a ‘maniac’.