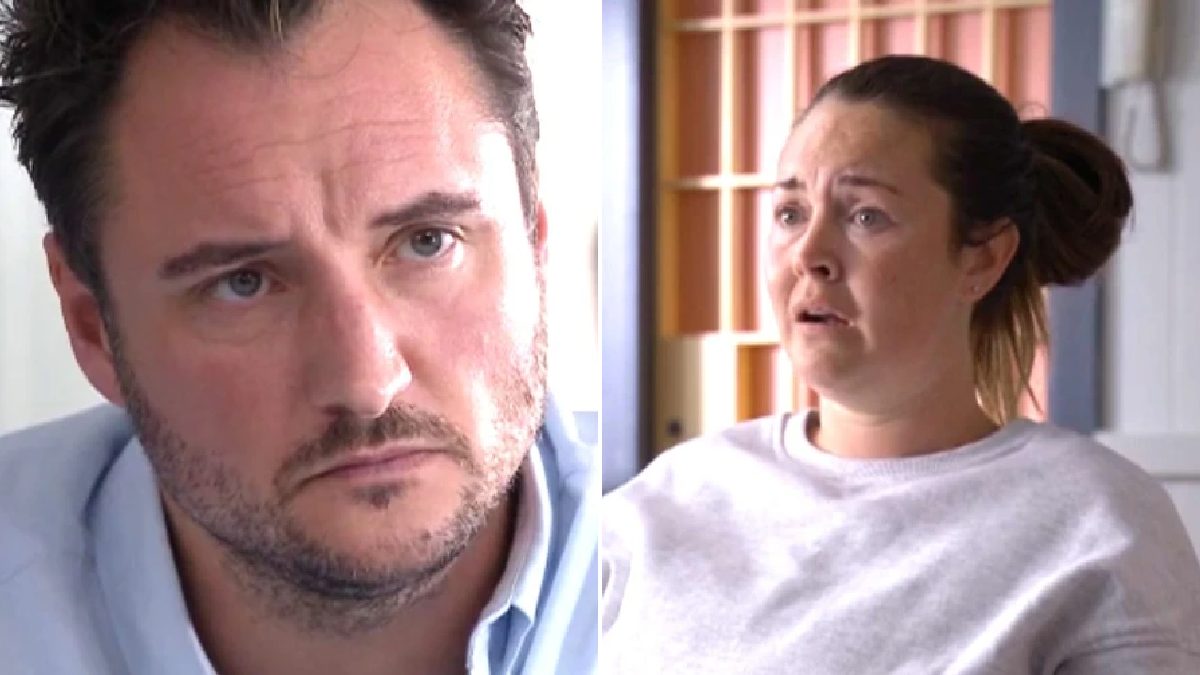 Stacey Slater (Lacey Turner) made her long-awaited return to EastEnders tonight and is already part of a huge storyline.

With Lacey Turner back from maternity leave, Stacey was paid a visit by Martin (James Bye) tonight, who was at a loss on what to do about Ruby (Louisa Lytton).

In Tuesday’s edition of the BBC One soap, Lily revealed to Martin she got her weed from Jean’s (Gillian Wright) garage and Ruby knew all along.

When Martin discovered a text from the police on Ruby’s phone, the penny dropped that she reported Jean about the possession of drugs.

Tonight, with Ruby none the wiser on what Martin knew, she headed off while Martin secretly visited Stacey.

Still behind bars, Stacey was horrified to discover everything that Ruby had done and wanted Hope, Lily and Arthur back in Jean’s care.

However, she was shocked when Martin then revealed Jean is in custody after Ruby reported her.

Her anger growing, Stacey told Martin that if Ruby wasn’t sorted out, she’d kill her former best pal with her bare hands.

We know Stacey is one for revenge, but will she kill Ruby, only to be sent back inside?

Or will Jean naming Ruby as the drugs contact be enough to ensure she doesn’t trouble the Slaters again?